Why it's important to pay attention to any official Local Notice to Mariners from the Coast Guard.

On August 16, 2020, while fishing alone in Los Angeles Harbor near San Pedro, California, my friend Dave Brown glimpsed a mysterious object gliding through the water. He recorded a six-second video before it disappeared behind a jetty.

Perplexed and a tad spooked, Brown posted the video on Facebook and asked if anybody might recognize the mastlike object protruding 6 feet above the surface and moving at about 5 mph. I pegged it almost immediately, though I had never previously eyeballed one.

That’s because I’m a boating nerd. I subscribe to weekly emails from the United States Coast Guard, District 11, each containing a link to the Local Notice to Mariners (LNM) on the Coast Guard’s website. I look for notices in areas where I frequently boat, including the waters off San Pedro.

So, when Brown’s post appeared, it jogged my memory. A week earlier, an LNM contained information under the heading “Boeing XLUUV Operations.” It read: “Boeing is conducting engineering sea trials for an extra-large unmanned undersea vehicle called Echo Voyager in the vicinity of the San Pedro Channel and Santa Catalina Island until 10 Oct. 20.” A quick internet search for the Echo Voyager confirmed that the shape of the mast matched the one in Brown’s video.

The notice listed coordinates for the areas of operation and requested that boaters transit with caution and keep 500 yards distance from the Echo Voyager. Though Brown did not spot any other vessels, the notice indicated that two escort boats would be on the scene monitoring Channel 16.

Mystery solved. But there’s a lesson here: Navigational hazards can appear unexpectedly. In the case of the Echo Voyager, the mast is one hazard, but lurking a few feet below the surface is another—the 51-foot hull with a 16,000-pound displacement.

It pays to be aware, and reviewing the weekly Coast Guard LNM for your district is one of the best ways. At navcen.uscg.gov you’ll find an LNM link at the top of the page that opens a district map with links to current notices as well as past LNMs.

An LNM might seem overwhelming. For example, for the 29th week of 2021 (the latest as this was written), the District 11 LNM spanned 20 pages, plus another 25 pages of supporting documents. I’ve seen some 60-plus-page LNMs.

Read Next: How to Survive a Boating Emergency

I don’t read it all. Instead, I scan for information relevant to my home waters. The Coast Guard makes this easy by listing notices according to state or region, waterway and locale, except for some general notices. For example, the LNM for District 7 covers Florida, Georgia and South Carolina, but if you boat on the west coast of Florida, you can largely ignore the headings labeled Georgia and South Carolina, unless you’re planning a visit. Further, you can probably skip notices for Florida’s Atlantic coast.

Know Before You Head Out

Here are the eight sections of the Local Notice to Mariners, with a brief summary of each. The Coast Guard relies on a plethora of acronyms in its notices, so check the abbreviation legend in the LNM for meanings of those that are not clear.

Information of special concern to mariners.

Reported and corrected discrepancies related to aids to navigation (ATONs).

Temporary changes and corrections to ATONs for dredging, testing, evaluation or marking an obstruction.

Advance notice of approved and upcoming projects, as well as related changes to ATONs.

Notice of proposed but nonapproved projects for public comment.

Information of general concern to mariners, who are advised to use caution when transiting the affected areas.

Torqeedo has a new mid-range electric outboard – the Torqeedo 603 Travel. We explain what makes it different to previous offerings.Powered by a 600W direct drive motor, equivalent to 2hp in both power and thrust, it’s ideal for a small tender and slots into the travel range of electric outboards between the 503 at 1.5hp and the 1103C at 3hp. The shaft length is 62.5cm (equivalent to short shaft) and it weighs just 15.5kg complete, […] This article Torqeedo 603 Travel first look: Mid-range electric outboard looks the business appeared first on Motor Boat & Yachting. 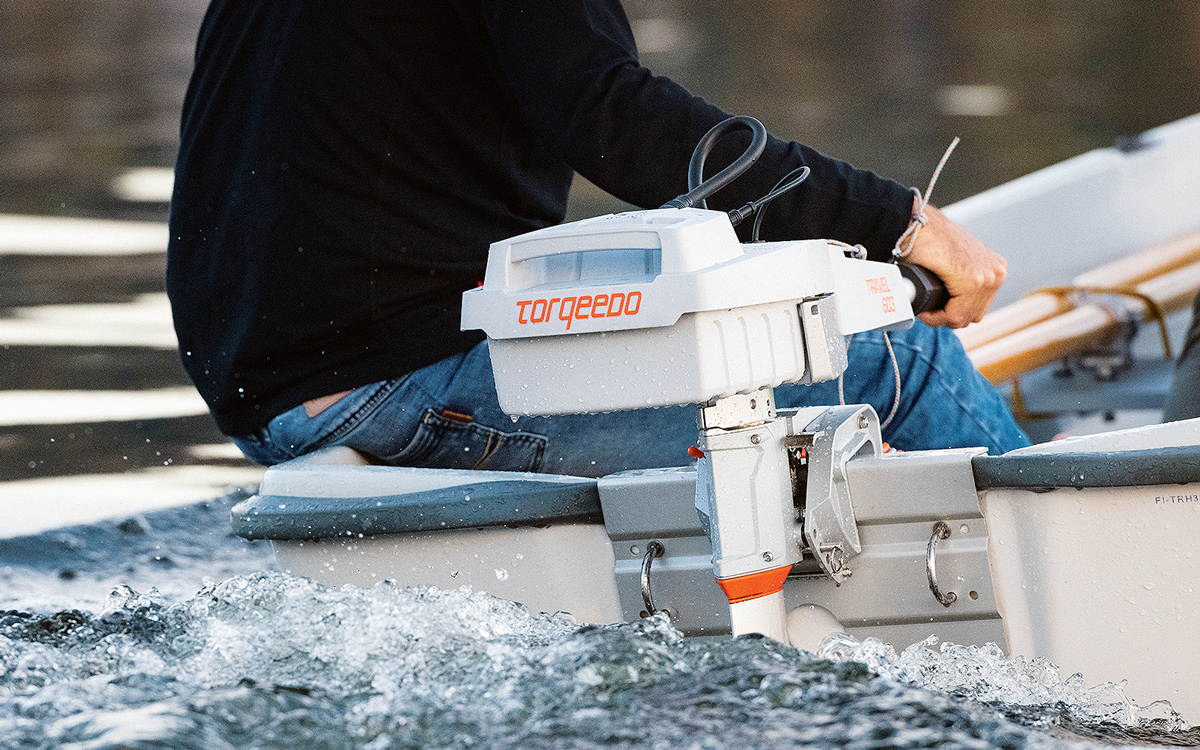 Torqeedo has a new mid-range electric outboard – the Torqeedo 603 Travel. We explain what makes it different to previous offerings.

Powered by a 600W direct drive motor, equivalent to 2hp in both power and thrust, it’s ideal for a small tender and slots into the travel range of electric outboards between the 503 at 1.5hp and the 1103C at 3hp.

The shaft length is 62.5cm (equivalent to short shaft) and it weighs just 15.5kg complete, making it the lightest in its power class according to Torqeedo, something that really helps when transferring from tender to mothership.

And of course you can always remove the 500Wh high-performance lithium battery to cut the transfer weight further (the battery will even float, should you drop it!).

The motor without battery weighs in at just over 11kg, so it’s very manageable and manoeuvrable. The Torqeedo 603 Travel’s range is about 11 miles at slow speed (4 knots), decreasing to about 4 miles when run flat out.

All the usual Torqeedo refinements are present and correct. IP67 rated as totally waterproof, the 603 Travel has a magnetic kill cord and an onboard computer providing instant readouts of operating range at current RPM and battery-charge status displayed on the tiller arm.

You can link it to an Apple or Android app and gain even more information including a map-based range indicator.

You can charge the Torqeedo 603 Travel from the mains, or direct from your boat’s 12V or 24V system, ideal for keeping the tender battery topped up on a cruise.

An optional solar panel means that you can charge it from the sun. Add that it never needs servicing, and operation once you’ve bought it is effectively free!