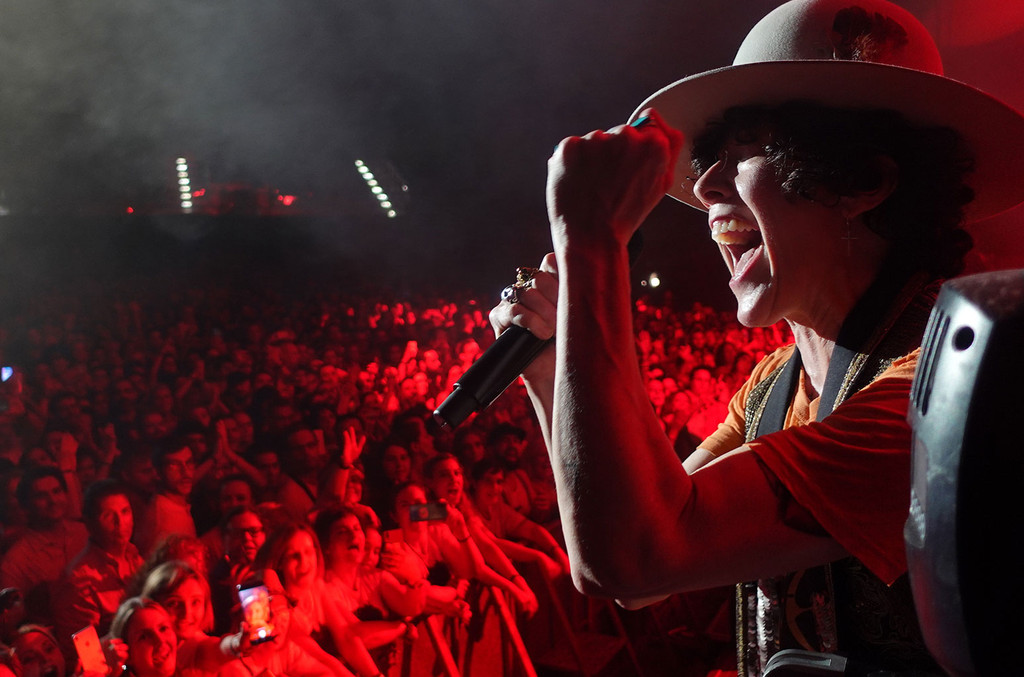 Musician and prolific songwriter LP has announced her first global livestream event scheduled for Aug. 1. The 2020 Virtual World Tour will broadcast live from The Beehive studios in the Los Angeles and is expected to be the artist’s only full-production concert in 2020.

“I was expecting to tour throughout 2020 around the world, but unfortunately we had to postpone that to 2021. So, to lift my own spirits, and hopefully other people’s, I decided to put together a proper concert here in L.A., live-streamed everywhere, for everyone to be a part of,” LP said in a release.

The multi-camera, HD video, 80-audio-channel concert will kick-off live at 1pm PST and will feature LP and her band performing a set of hits, fan favorites, covers, brand-new music, new versions of songs and more.

Tickets for the livestream begin at $20 and after purchasing, ticketholders will have the opportunity to create an audio file cheering for LP, like they would at an in-person concert. The cheers from all around the world will be mixed together to form a “global virtual crowd,” and will be played back throughout the concert.

Fans can purchase “general admission” tickets, which provide access to the livestream and gives them the opportunity to watch it at a later time as well. Ticketholders can also click on the link at any time in the future to rewatch the event.

VIP All Access Pass packages will also be available via veeps.com and give fans the ability to virtually sit in on the July 31 sound check, plus access to exclusive behind-the-scenes content including a backstage Q&A with LP, photos and videos from the week of rehearsals leading up to the show. VIP passes start at $50.

“In support of our larger cultural issues, I’m donating a portion of proceeds to The National Black Justice Coalition (NBJC) — a civil rights organization whose mission is to fight racism, homophobia and LGBTQ/SQL bias and stigma,” LP added.

On May 29, LP released her first live album Live In Moscow. Recorded at Crocus City Hall in Moscow in 2019 in front of a sold-out crowd of more than 6000 fans, the 17-track performance spans multiple albums.

In addition to recording her own songs, LP has written or co-written for superstar artists including Cher, Rihanna, the Backstreet Boys, Leona Lewis, Céline Dion and Christina Aguilera, among others.

How to Watch the ‘Face the Music: The Fight for Criminal Justice Reform in America’...

Here Are All the Rescheduled 2021 Tour Dates & Festivals...