Lucifer Season 5: How Did Michael's Right Arm Get Injured?

In Lucifer season 5, Lucifer's twin brother the Archangel Michael's right arm and wing are crooked and raised. But how exactly was he injured? 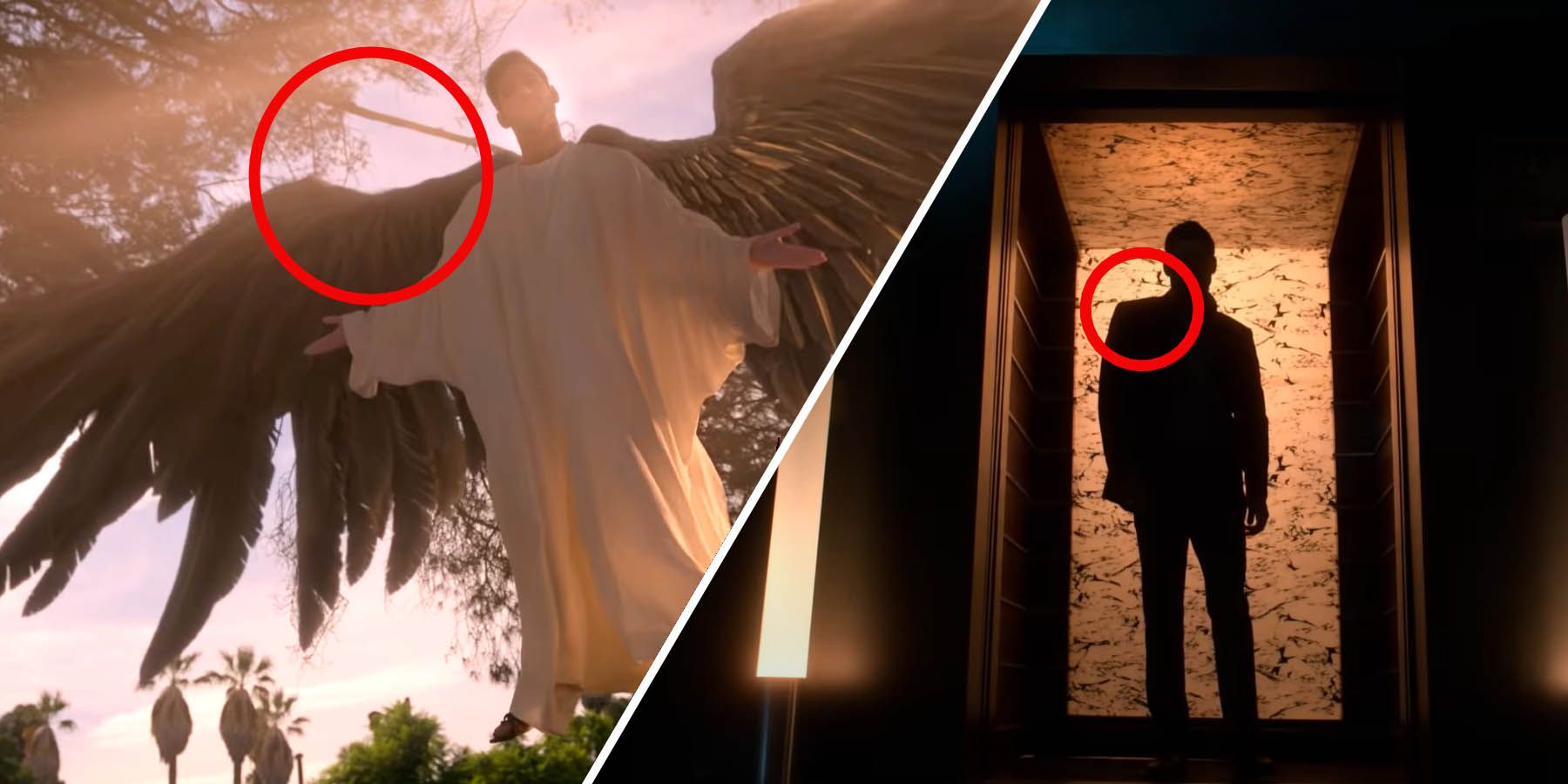 In Lucifer season 5, Lucifer’s twin Michael (also played by Tom Ellis) has something mysteriously wrong with his right arm. Though his posture is normal when impersonating Lucifer Morningstar on Earth, in moments when he is alone or not having to keep up the ruse, Michael’s right shoulder sits much higher than his left.

In Lucifer season 5, Michael uses his brother’s return to Hell as an opportunity to take over his life on Earth. The brothers, despite being identical twins, do have some differences: where Lucifer is known for his smooth English accent, Michael’s is American. Then, of course, there's Michael's damaged right arm. Though he appears to be able to use it normally, it's clear that he's suffered some kind of injury to it. No one mentions the limp arm in the first half of the season, and there's no explanation given for exactly what happened to it.

While the show is based on Neil Gaiman’s DC comics, Michael appears to be vastly different from his comic book counterpart. While the comics portrayed Michael as God’s loyal, good, and dutiful son, Lucifer’s interpretation of the character is jealous, deceitful, and vengeful. This is just one of the many liberties that the showrunners take in adapting the original source material, but the comics actually offer the best clue as to what might be wrong with Michael’s arm.

In the DC comics, Lucifer’s rebellion was defeated by Michael using the Demiurgos (God’s power) to destroy his Heavenly forces. In the aftermath of Lucifer’s fall however, the fallen angel Sandalphon thrust a spear into Michael’s back, weakening him and taking him prisoner into a pocket reality. It appears likely that Michael’s crooked frame in Lucifer is a reference to this injury, which may also extends to his wings. When Michael reveals himself as a benevolent angel to Dan Espinoza, it subtly appears that his right wing is also hurt. The wing’s shape is crooked, and it is missing feathers, as though the damage to his arm translates to his angel wings.

Whatever the origin of the injury, it does not appear to have impacted his arm’s functionality. Michael brawls with both Lucifer and Amenadiel in season 5, and he's able to use his right arm to fight, but perhaps his handicap is why he loses to both of his angelic brothers. Likewise, his wings are still clearly capable of flight. Lucifer may be holding off until the second half of season 5 before revealing exactly what happened to cause Michael's arm injury, in which case it will be a while before fans have any answers.

Next: Lucifer: Everything You Need To Know About Michael In Season 5

Game of Thrones: The Real-Life Inspirations Behind The Red Wedding

Video: The Secrets of Dok Ondar’s Den Of Antiquities in...