Lufthansa has announced today that it has reached an agreement to funding under the Economic Stabilization Fund, or… 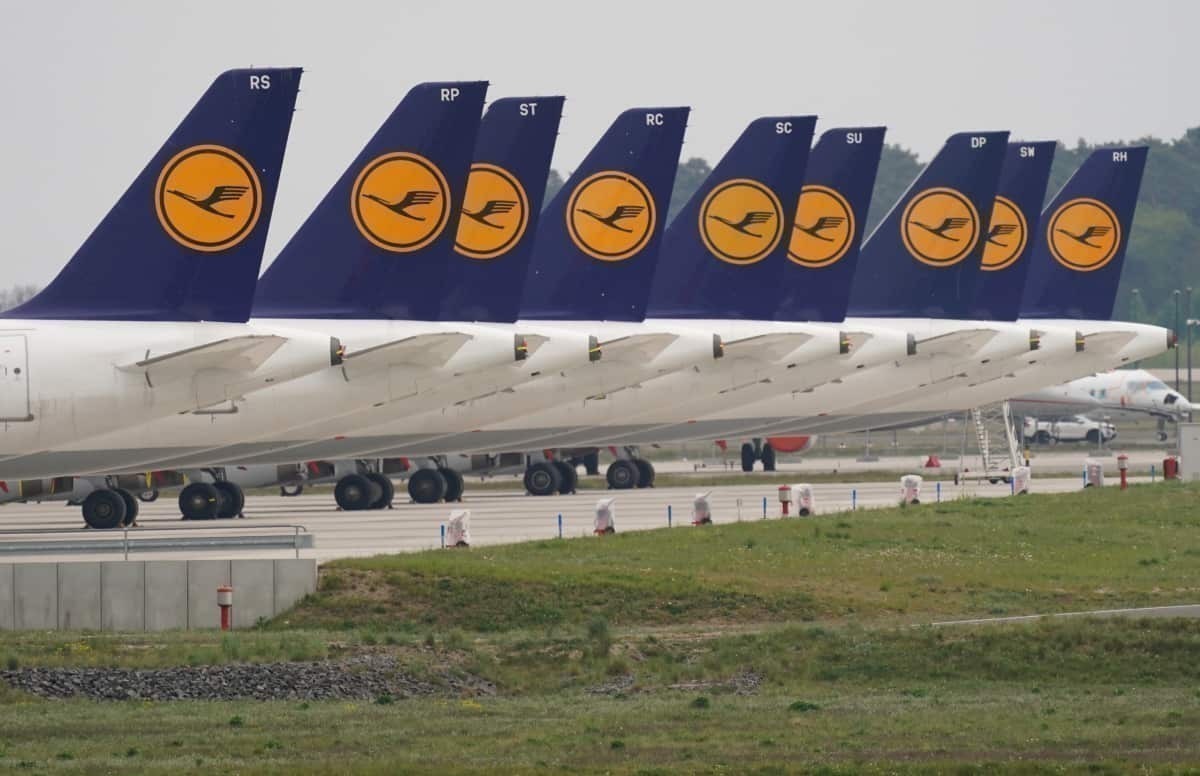 Lufthansa has announced today that it has reached an agreement to funding under the Economic Stabilization Fund, or Wirtschaftsstabilisierungsfonds (WSF). The package will provide stabilization measures and loans to the airline totaling up to €9bn ($9.8bn). However, it will also see Lufthansa become a partially state-owned airline, with 20% of the company going to Berlin.

It was mooted earlier today that Lufthansa was on the cusp of securing its substantial bailout request from the German WSF. Now, the airline has confirmed that the coronavirus rescue fund’s steering committee has indeed approved the deal, along with Lufthansa’s board and the European Commission.

In a statement sent to Simple Flying, the airline advised that the deal will add up to as much as €9bn ($9.8bn) of aid in various forms. It’s the biggest airline bailout Europe has seen to date, dwarfing the €1bn ($1.1bn) paid out to Spanish airlines and even exceeding the €7bn ($7.6bn) package for Air France.

Details of the bailout

Firstly, the WSF would give up to €5.7bn ($6.2bn) of funding to Lufthansa in the form of ‘silent participation.’ Under German law, this means the WSF will participate in the profit and loss of the airline, but will not engage in third party transactions. It says this participation is unlimited in time and will be reviewed on a quarterly basis.

In addition to this, the WSF will subscribe to shares in the airline at a price of €2.56 per share. The capital will be increased to build up a 20% share in Lufthansa, which is valued at around €300m ($327m). In the event of a takeover of Lufthansa, the WSF is retaining the right to increase its stake to 25%.

The final element of the deal will see a credit facility provided to Lufthansa up to the value of €3bn. This will be provided via a syndicate of banks, including state-owned development bank KfW and private banks, over a three year period.

Lufthansa was reluctant to allow the German government to take a stake in the airline, but seems to have had no choice in the matter if it was to secure the funding needed. It’s likely that the condition of ‘silent participation’ was the concession the airline sought to ensure it could still run its operations without interference.

Built into the agreement is a clause that states,

“Subject to the full repayment of the silent participations by the company and a minimum sale price of EUR 2.56 per share plus an annual interest of 12%, the WSF undertakes, however, to sell its shareholding in full at the market price by 31 December 2023.”

This suggests that the plan is to repay the funds as soon as is feasibly possible and to remove the state as a shareholder before 2024. However, there is also a penalty clause built-in, should Lufthansa be unable to pay the agreed remuneration – 4% for 2020 and 2021 and 9.5% for subsequent years. The statement said,

“In the event of non-payment of remuneration by the Company, a further portion of the silent participation is to be convertible into a further shareholding of 5% of the share capital at the earliest from 2024 and 2026 respectively.”

It’s likely Lufthansa is focussed on making its repayments and taking back full control of the company. However, if things do not go according to plan, the airline runs the risk of the state taking control of a quarter of the company.

Do you think this bailout is good news for Lufthansa and its employees? Let us know your thoughts in the comments.