Lufthansa Flies Final A340-600 To Aviation Graveyard For Storage

Lufthansa has flown its last of 16 Airbus A340-600 aircraft to Teruel, a Spanish aircraft graveyard. The airline… 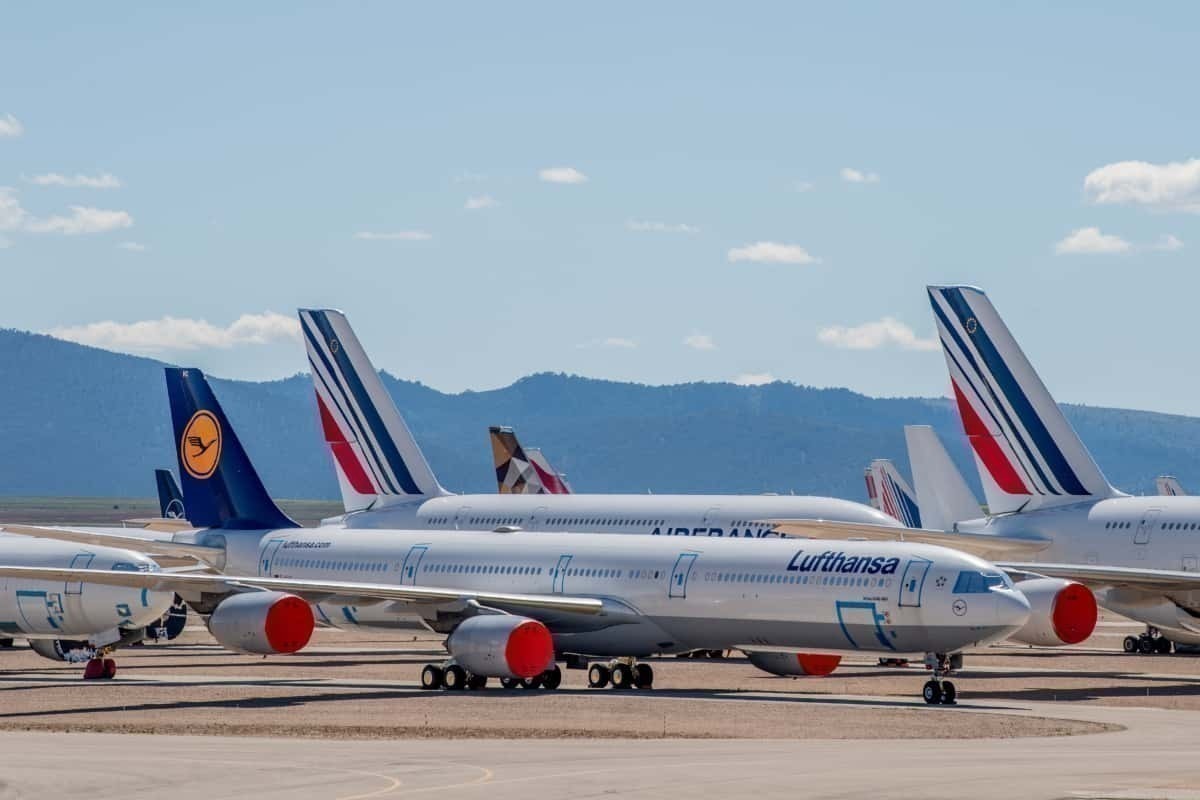 Lufthansa has flown its last of 16 Airbus A340-600 aircraft to Teruel, a Spanish aircraft graveyard. The airline has flown its fleet of A340-600s to the facility for long-term storage. However, some of the planes won’t return to the skies at all.

Lufthansa will become a smaller airline as a result of the current crisis. The airline has already announced a handful of aircraft retirements. However, across the group, it intends to reduce its fleet by around 100 aircraft. As far as Lufthansa’s long-haul fleet is concerned, the airline will be retiring aircraft from three different families.

Lufthansa has been sending a small fleet of 23 widebody aircraft down to Teruel from both the Airbus A340 and Airbus A380 families. The airline’s last flight to Teruel for aircraft storage took place earlier today.

Lufthansa’s last Airbus A340-600 due to fly to Teruel departed from Munich at 08:43 this morning. Following a 1-hour 48-minute flight, the aircraft, registered as D-AIHU, landed at the Spanish aircraft graveyard at 10:31. The plane flew through Germany, Switzerland, France, and Spain during its final journey for the foreseeable future.

Back in April, we learned that Lufthansa would be sending its entire fleet of Airbus A340-600 aircraft to Teruel. It said that this process would take two to three months. However, all bar one have now arrived. D-AIHB is still in Manila, where Lufthansa Technik has a maintenance base.

However, there are still questions surrounding whether the Airbus A340 fleet will return at all. In April the airline commented:

“A decision on the future use of the aircraft or a possible reactivation of a maximum of ten aircraft will be taken at a later stage in time.”

Interestingly, Simple Flying recently learned that the airline intends to split its remaining aircraft across its two hubs. Frankfurt will be home to the Boeing 747 and the new Boeing 777X. Meanwhile, Munich will get the Airbus A350 and Airbus A380.

Interestingly, the airline made no mention of the return of the Airbus A340-600. The first Boeing 777Xs aren’t due to be delivered until next summer. The airline has included them in this figure, but not the Airbus A340, which will also be grounded for at least a year.

“They are going into deep storage”

Will Lufthansa fly its Airbus A340-600s once more? Let us know your thoughts in the comments!

Delta Boeing 777 Flight Forced To Divert As Pilot Gets Incapacitated

Delta Boeing 777 Flight Forced To Divert As Pilot Gets Incapacitated

A Delta Boeing 777 made a rare appearance in Moncton, Canada, after the first officer became incapacitated midflight.… 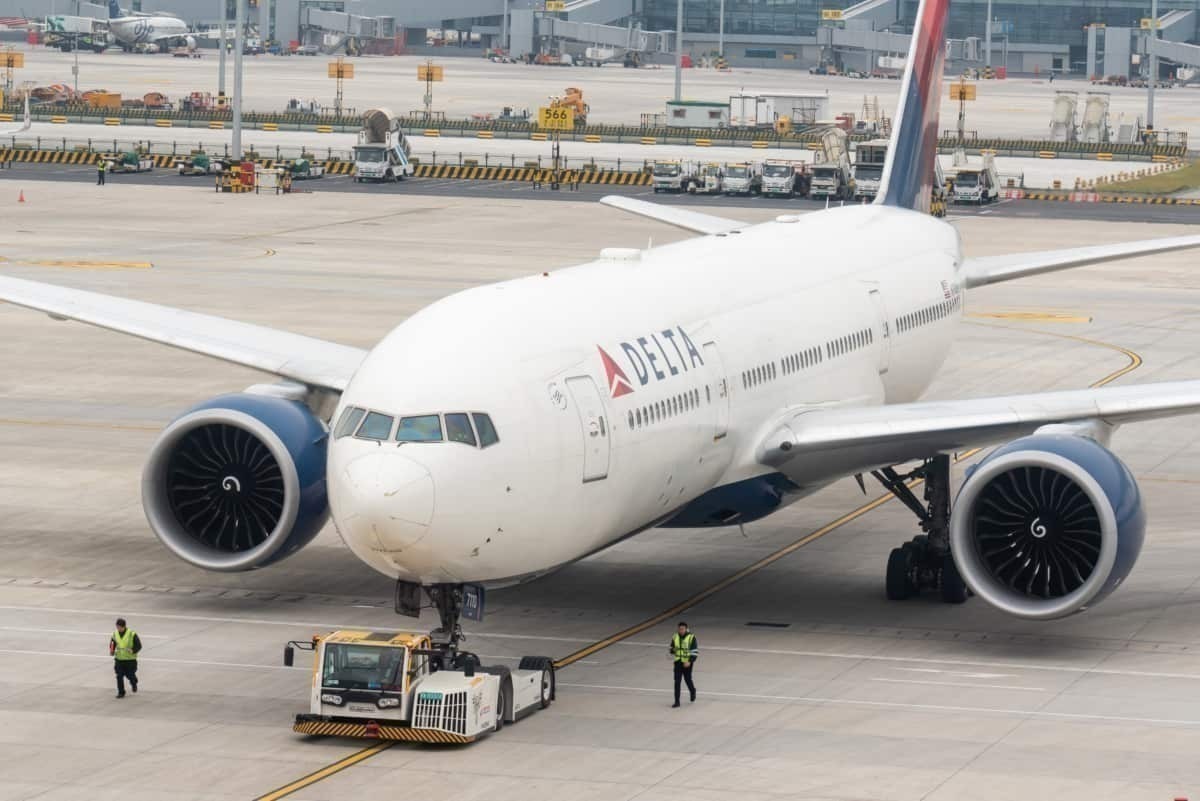 A Delta Boeing 777 made a rare appearance in Moncton, Canada, after the first officer became incapacitated midflight. The May 21st flight was one of Delta’s special cargo-only flights operating between Frankfurt and Chicago. Shortly after the aircraft completed its transatlantic crossing, the incident occurred.

Boeing 777 diverts due to an incapacitated pilot

The Aviation Herald reports that the incident occurred on flight DL3343 from Frankfurt to Chicago on May 21st. Just after completing the transatlantic crossing, the first offer suffered a medical emergency while in the cockpit. The captain called in the relief first officer, and the aircraft diverted to Moncton. Once on the ground, the pilot was able to get to a hospital.

It took 15 minutes to get the Boeing 777 on the ground in Moncton safely. This made for an incredibly fast descent that is acceptable in emergencies like this. In the meantime, the relief first officer and captain provided first aid to the first officer. Reportedly, this included the use of an automated external defibrillator (AED) for stabilization. All of this in a span of 15 minutes would be an incredibly stressful experience. It takes a well-trained pilot and nerves of steel to be able to manage this kind of event.

“Last Thursday’s cargo flight 3343 diverted to Moncton, Canada out of an abundance of caution due to a possible medical issue onboard. The safety of our crew is always our top priority.”

Flight crews are trained to handle inflight medical emergencies. And, in the case of serious incidents, crews are trained to divert to the nearest suitable airport. The use of an AED would mean that this could be a life-threatening emergency. At the end of the day, passenger and crew safety is at the top of any airline’s list of priorities.

Aircraft are equipped with medical equipment to handle acute problems inflight. However, it does not come even close to a hospital. Medical kits usually include basic first aid supplies, some common medications, protective equipment, and more. There are also ground-based services that a crew can talk to in case of advice. Or, if there are passengers onboard, the crew may make a cabin call asking for any physicians onboard to assist.

N702DN is a 12-year-old Boeing 777-200LR. The aircraft has a unique decal on the nose naming it “The Spirit of Atlanta.” Atlanta is Delta’s largest hub, and the -200LRs enabled incredible route expansions, including to Johannesburg, South Africa. This aircraft, in particular, was the second 777-200LR to enter the airline’s fleet. The first, N701DN, is known as The Delta Spirit. However, by the end of this year, the 777s will completely exit the airline’s fleet as Delta seeks to streamline operations.

What do you make of this incident? Let us know in the comments!

Delta Will Retire The MD Aircraft Family In June