Lufthansa is in the process of removing all of the seats from four if its Airbus A330s. These… 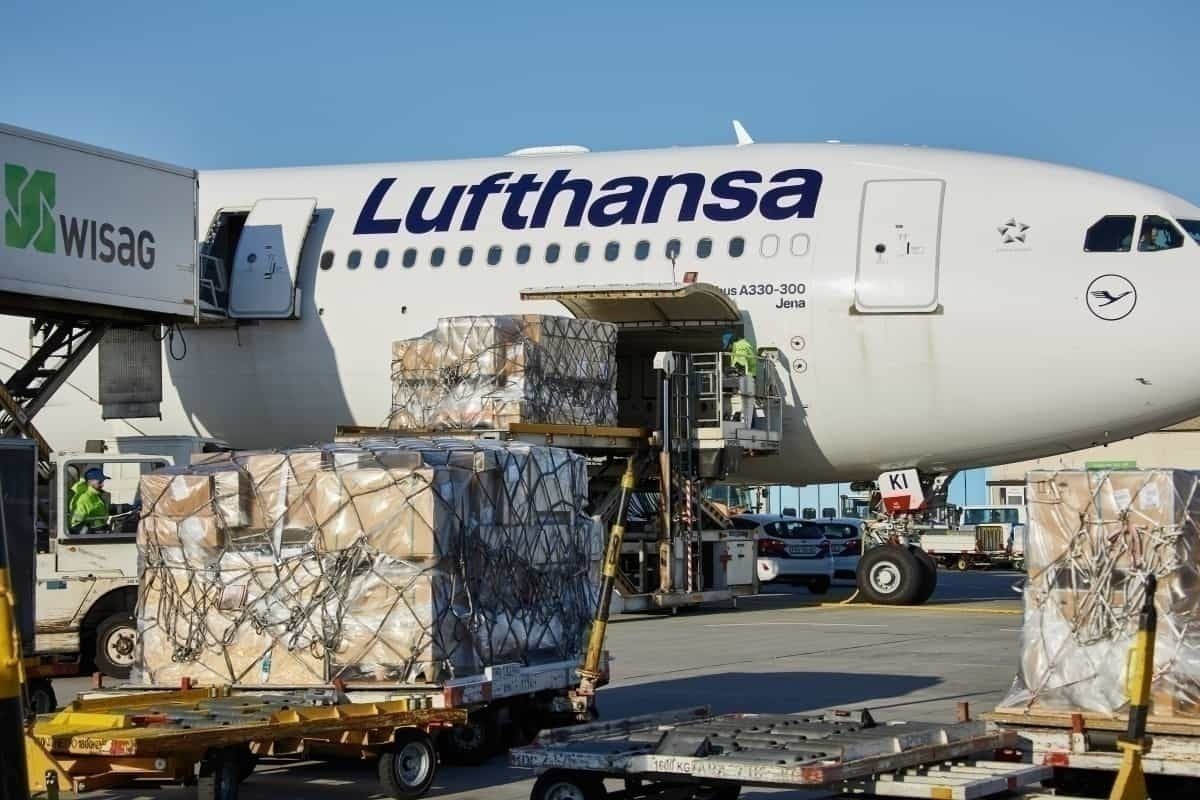 Lufthansa is in the process of removing all of the seats from four if its Airbus A330s. These aircraft are being used as freighters. The action is in addition to using Airbus A350s to transport freight on the seats.

As its passenger operations have all but ground to a halt, Lufthansa has shifted its primary focus to moving freight. After all, cargo still needs to get from A to B. With significant numbers of passenger aircraft not flying, the capacity to carry cargo in aircraft holds has also decreased. This is why Lufthansa has turned some widebody aircraft into freighters.

According to data from Planespotters, Lufthansa currently has 13 cargo aircraft. This is comprised of seven Boeing 777s, and six MD-11s. Lufthansa had been due to retire the MD-11s. However, this has now be postponed to keep them transporting cargo.

For Lufthansa, however, the 13 freight aircraft aren’t enough. The airline has been augmenting capacity with passenger aircraft. Lufthansa was one of the first airlines to begin flying with freight loaded on passenger seats. Now the airline is converting some aircraft to makeshift freighters.

According to the Lufthansa Cargo website, one of the airline’s A330-300s can carry 37,985 lbs of cargo in their cargo holds. However, the airline had begun placing boxes on passenger seats to maximise capacity in the absence of passengers.

Now, the airline has decided to convert four of its Airbus A330-300s into makeshift freighters by removing the interior seats. This has several benefits. Firstly, cargo is not limited by the space provided by the chairs.

Secondly, if cargo is not resting on a seat, there is no way the seat can be damaged. Finally, it is much easier to load and unload an empty space than one that is full of fixed seating. As such, a Lufthansa spokesperson told Simple Flying that the airline had removed the seating from four of its Airbus A330-300s.

It is not immediately clear which aircraft have lost the seats, as six A330-300 aircraft are operating freight flights out of Frankfurt according to data from FlightRadar24.com. These are:

In addition to the Airbus A330 conversions, Lufthansa is also using four Airbus A350s for cargo flights out of its Munich hub. These aircraft have retained their seating, for the time being, meaning that boxes are being loaded onto seats. According to Lufthansa, the Airbus A350s are mainly carrying face masks needed in Bavaria to Munich.

Have you seen one of Lufthansa’s makeshift freighters in the skies? Let us know your thoughts in the comments!

What The Future Of Jet Airways Looks Like One Year On

Fiji Airways To Lay Off Hundreds Of Employees