Lufthansa’s first Airbus A350 has returned from the paint shop with a sharp new look. The aircraft flew… 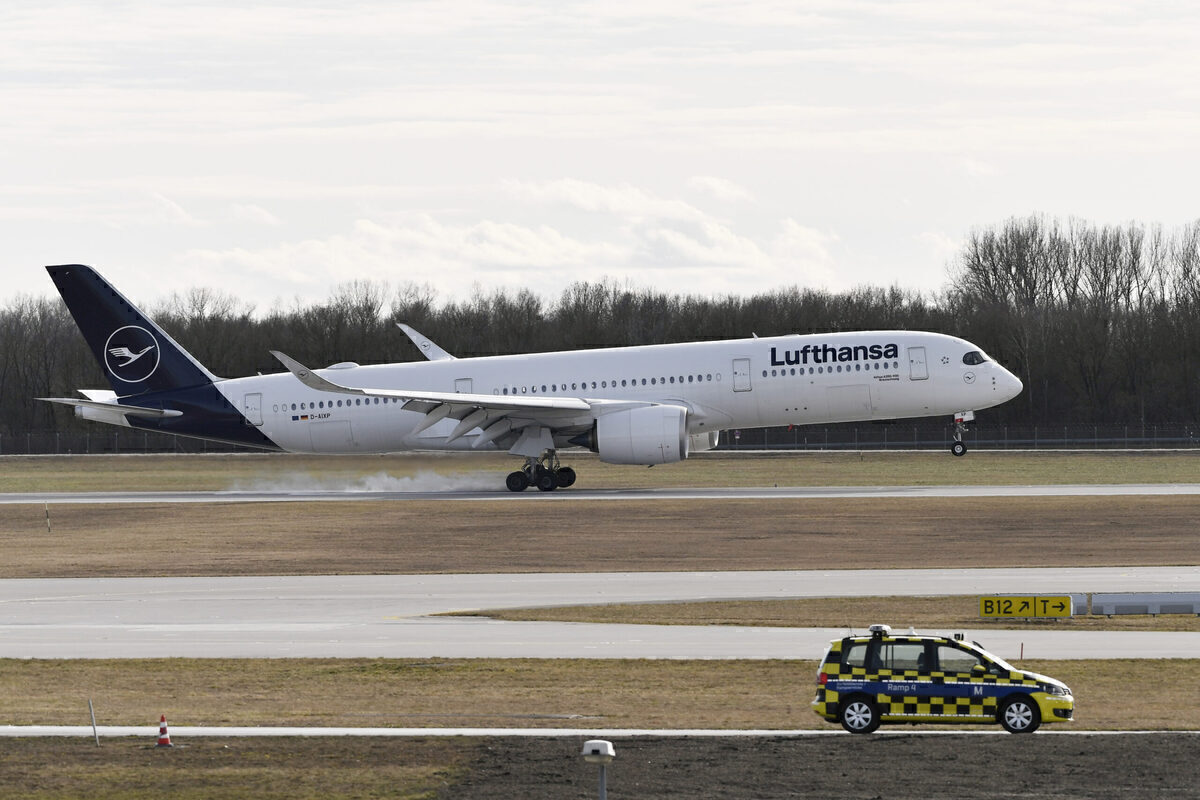 Lufthansa’s first Airbus A350 has returned from the paint shop with a sharp new look. The aircraft flew back to Munich on Thursday, having spent 24 days at the facility. The airline’s third Airbus A350 arrived in Toulouse to replace it.

From time to time, aircraft get sent to the paint shop for varying reasons. Perhaps they’re heading to join a new carrier, or the airline wants to give the plane a special livery. Besides this, aircraft are also repainted at regular intervals as part of their schedule of maintenance. Lufthansa appears to be waiting until aircraft need to be repainted to apply its new livery.

Last week Lufthansa took redelivery of its first Airbus A350-900, D-AIXA, from the manufacturer. According to Planespotters.net, the aircraft is 4.3 years old, having been delivered to the German flag carrier in December 2016. The aircraft had been painted in the airline’s old blue and yellow livery with a grey belly when delivered.

However, it was time for a change. On Thursday, the aircraft departed Airbus’ Toulouse plant at 13:41, according to data from RadarBox.com. Following a one-hour 22 minute hop, the aircraft landed at its Munich home at 15:04. For the flight back, the aircraft sported the new euro white Lufthansa livery making it the first A350 to be repainted in the Lufthansa fleet. Newer aircraft have been delivered with the new livery.

Another Airbus A350-900 replaced the aircraft in Toulouse right away. Before flying D-AIXA home, the pilots had to get to Toulouse. This presented the perfect opportunity to the next aircraft down to Airbus’ home. According to RadarBox.com, D-AIXC departed Munich at 09:16, landing as LH9922 in Toulouse at 10:35.

Typically Lufthansa can repaint its own aircraft. However, according to aeroTELEGRAPH, the work is being carried out free of charge by Airbus. It appears that the three oldest aircraft in the German flag carrier’s fleet are being repainted under warranty for technical reasons.

Rather than repainting them in the old colors, it makes sense to use this opportunity to apply the new livery. D-AIXB will follow once D-AIXC’s new paint scheme has been applied.

On the topic, a Lufthansa spokesperson previously commented,

“This Airbus A350 has been transferred to Toulouse to get a new paint as part of the regular maintenance.”

Today Lufthansa has a fleet of 17 A350 aircraft. While the type is based in Munich, some are temporarily operating out of Frankfurt. The airline has 26 more A350 aircraft on order. However, the airline’s CEO, Carsten Spohr, recently revealed that he is in discussions to downgrade the order to smaller aircraft.

Are you sad to see the old livery being removed? Let us know what you think and why in the comments!

LATAM To Convert Up To 8 Boeing 767s Into Freighters

China Not Ready To Recertify The Boeing 737 MAX

Which Airlines Have Been Hit By Bankruptcy Since COVID...