Lynch: Bryson DeChambeau fancies himself a scientist, but he won the U.S. Open as a game-changing worker bee

MAMARONECK, N.Y. — It shouldn’t be a surprise that a championship that prizes a metronomic style of golf — fairway, green, rinse, (...) 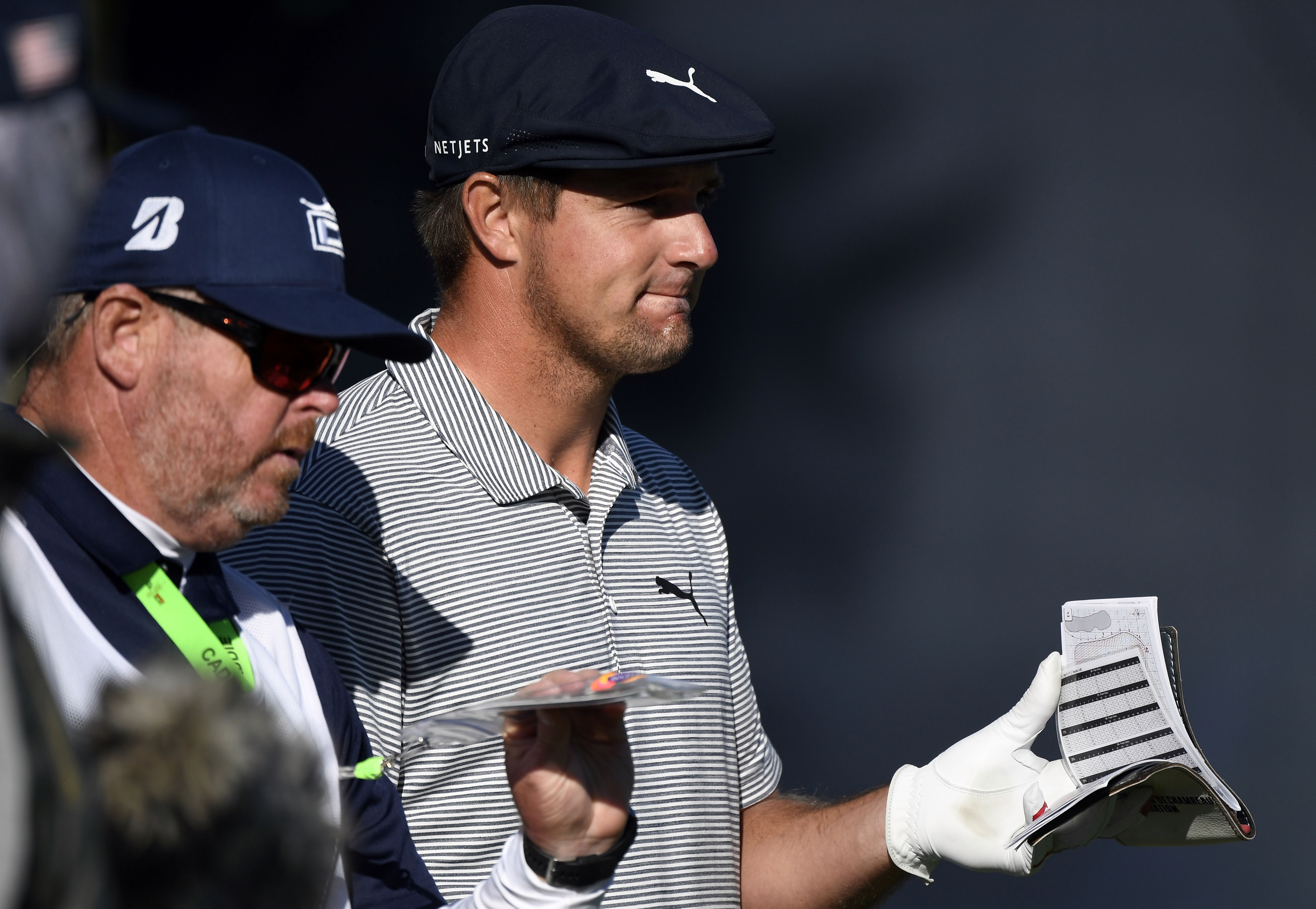 MAMARONECK, N.Y. — It shouldn’t be a surprise that a championship that prizes a metronomic style of golf — fairway, green, rinse, repeat — should fall to golf’s most metronomic player, but the U.S. Open victory of Bryson DeChambeau illuminated the extent to which modern power golf, and the tools with which it is played, have neutered what was once the most formidable test in the game.

In adopting a scientific approach to every aspect of his game, DeChambeau expects his carefully (some might say laboriously) calculated input to deliver a predictable output, which is an awfully high happiness bar to set in a sport that is hostage to the vagaries of chance, bounce and weather. Such a mindset would seem to guarantee frustration, and frustration is the very stress fracture that the U.S. Open is designed to locate, from which it will then prise a man open until it exposes every other weakness he didn’t think he had.

But that kind of U.S. Open is now a relic of a bygone era, one when courses were characters in the narrative and none evoked more fear than Winged Foot. Strategy is now dictated not by course architects but by player preference. The main peril DeChambeau faced at Winged Foot would come from a potential swing screw-up, not the USGA’s course set-up. Limit the former and the latter doesn’t matter. He did, and it didn’t.

Sunday’s final pairing was an intoxicating juxtaposition of style and temperament. Matthew Wolff carries himself with the cheery nonchalance of one blessed with youth, talent and good looks. His golf swing is all flailing limbs and shuffling feet, suggestive of a man trying to shake loose a wasp trapped in his pants. DeChambeau, on the other hand, has an almost endearing awkwardness to his personality, as though it too has been as carefully constructed as his swing. He squares up to the ball with all the fluidity of rigor mortis, as though waiting motionless for the wasp to exit his pants — to get crushed.

Before the round, Wolff warmed up with just his caddie on the practice range. DeChambeau marched in trailed by an army of hangers-on and sporting more technical firepower than the Marines had at Khe Sanh. He ripped a succession of tee shots with a force and trajectory that might have unnerved pilots approaching Westchester County Airport. He was on the range after dark Saturday night, and he brought the same intense rigor to every shot during Sunday’s final round. DeChambeau is all about power, not pace, and studies his little guidebook (emblazoned with B.A.D.) as carefully as a condemned man reads a last-minute communique from the governor.

But for all the mockery he is subjected to (some of it deserved), it bears noting that while there are plenty of golfers on the PGA Tour more talented than DeChambeau, there isn’t one who can be bothered to outwork him. That reality will one day be altered — by life, relationships, family, physical frailty — but for now, he is the most single-minded man in golf.

Photos: The transformation of Bryson DeChambeau — from SMU star to U.S. Open champion

He is also the most polarizing man in the game, which is an estimable achievement in the era of Patrick Reed. His occasional absence of self-awareness and hints of narcissism rankle fans. His contention that he is essentially reinventing the game doesn’t win popularity contests in the locker room, suggesting as it does that his peers aren’t smart enough to have done it themselves. But there’s truth there.

DeChambeau has reinvented the game, and his impact will only grow. He will prompt a reimagining of what constitutes a modern U.S. Open test. He will hasten a reckoning with untrammeled equipment advances. He will force a rethinking of PGA Tour marketing, which still cleaves to a vanilla presentation of players that doesn’t engage modern, fickle audiences. And he will revolutionize how future generations of aspiring Tour pros develop. He is, simply put, the most important player in golf. He was that even before he won at Winged Foot.

This was not the most thrilling of major championships, but then U.S. Opens are typically as repetitive as NASCAR races, as competitors try to dodge disasters and fans eagerly await a crash. Leaderboard charges seldom occur, at least not in an upward direction. This is a tournament in which standing still has long been celebrated as advancement, but what we witnessed from DeChambeau at Winged Foot represents real advancement, not all of which will or should sit easily with golf’s many constituencies.

Let it be the final indignity of the COVID era that the man who most animates golf fans claimed his seminal victory in front of a smattering of volunteers and officials, and had to celebrate via video call with his parents.

How much money each golfer won at the U.S. Open at Winged Foot

Boxing Set For First PPV Card Since Start Of Pandemic

Masters online shop to open in early November, but there's...

Coeur d'Alene's floating green is one of golf's most dramatic...

PGA Tour Champions: First event with fans gets a crowd...