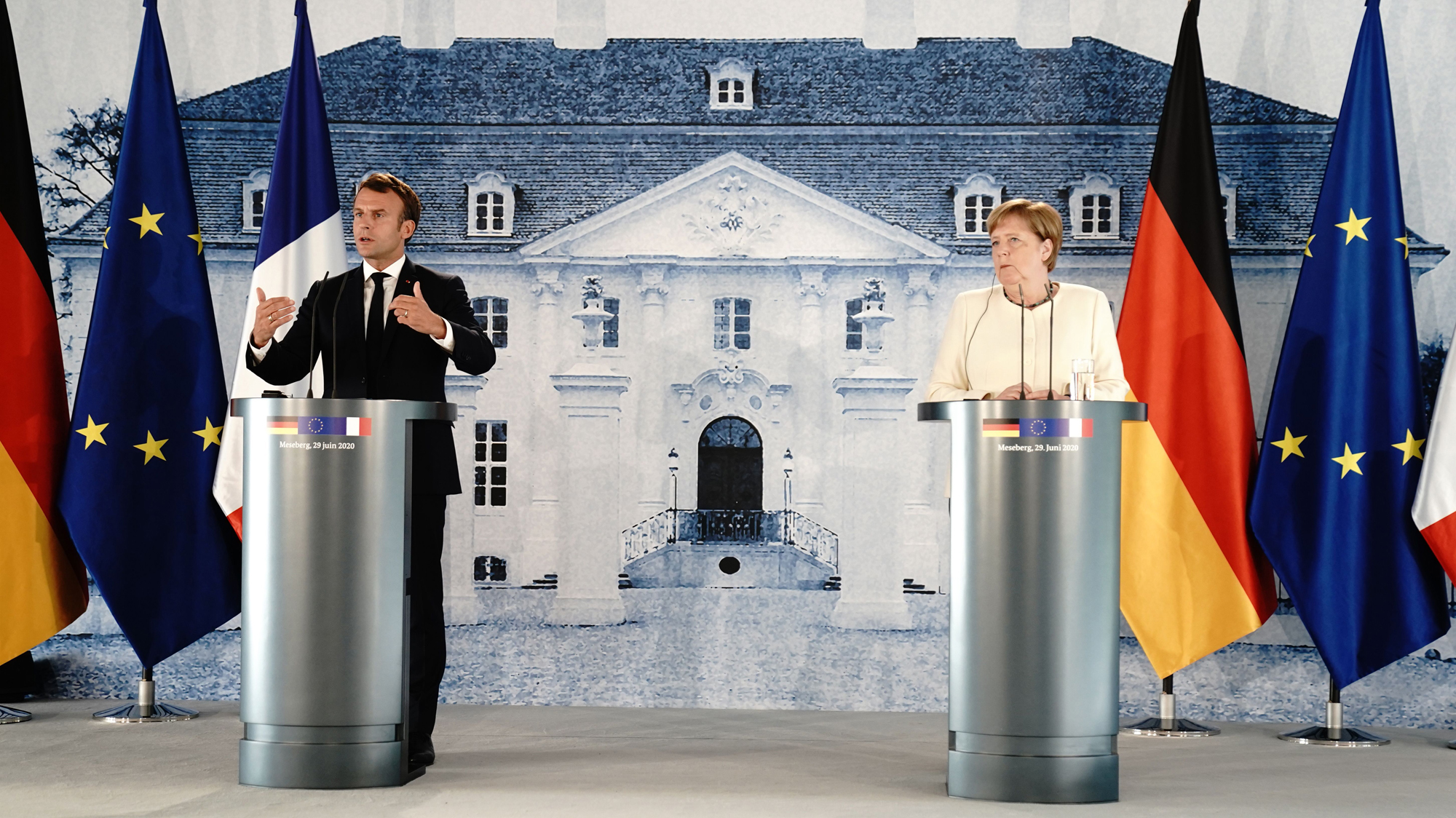 French President Emmanuel Macron accused Turkey on Monday of bearing “criminal responsibility” for its actions in Libya, further escalating a war of words between Paris and Ankara over recent weeks.

Speaking at a press conference with German Chancellor Angela Merkel outside Berlin, Macron accused Turkey of failing to abide by pledges made at a conference on Libya in the German capital in January.

“I consider that today Turkey doesn’t respect any of the commitments made at the Berlin conference, increased its military presence in Libya since then and massively reimported jihadist fighters from Syria,” Macron told reporters at Schloss Meseberg, a German government guest house. “I think it’s a historic and criminal responsibility for a member of NATO.”

France and Turkey, both NATO members, have been at loggerheads for months over their conflicting policies in Libya, the Eastern Mediterranean and Northeast Syria.

On June 10, French and Turkish vessels came dangerously close to an armed clash in the Mediterranean when Turkish frigates escorting a cargo ship refused to let a French frigate under NATO command inspect the cargo.

Macron has also alleged Turkey’s intervention in Libya increases the terrorist threat to Europe, and its drilling agreements in the Eastern Mediterranean threaten the territorial integrity of EU member countries such as Cyprus and Greece.

Macron was much less strident when discussing Russia’s role in Libya. For the second time in just over a week, responding to a question about Russian intervention in the country, he raised only the activities of the mercenary Wagner Group, omitting any mention of Russian warplanes sent to Libya in recent weeks.

“Russia doesn’t claim to be intervening in Libya … Turkey claims it — it is its official boats, its military, its policy,” Macron said in explaining his assertion that Turkey is responsible for “the main foreign intervention” in Libya.

Macron had a two-hour, one-on-one videoconference call with Russian President Vladimir Putin on Friday, a format requested by the Russian side, according to an Elysée official.

During that conversation, Macron condemned the activities of the Wagner Group in Libya, according to the official. The official was unable to say whether he had also discussed the presence of Russian warplanes.

Liz Truss takes on US and the world

Man Critically Injured After Being Shot Twice In Abdomen...

The shooting happened on the 5700 block of Hadfield Street around 9:20 p.m.

A man has proposed to his girlfriend in the aisles of a Coles supermarket in Brisbane...

World Rugby boss says international season could be over

John Hawkes and Logan Lerman hit the road in End of Sentence, an indie road trip...

A look at the antifa movement Trump is blaming for violence

A look at what antifa is and is not.

A speeding car hit a bicyclist and two pedestrians before taking off in Toluca Lake...

Victoria's fire danger season has officially come to a close after a devastating...