Mad Dogs On The Last Frontier: What Happened To Alaska Airlines’ MD-80s?

Seattle-based Alaska Airlines presently operates a diverse fleet of jet and turboprop-powered airliners. This includes models from the… 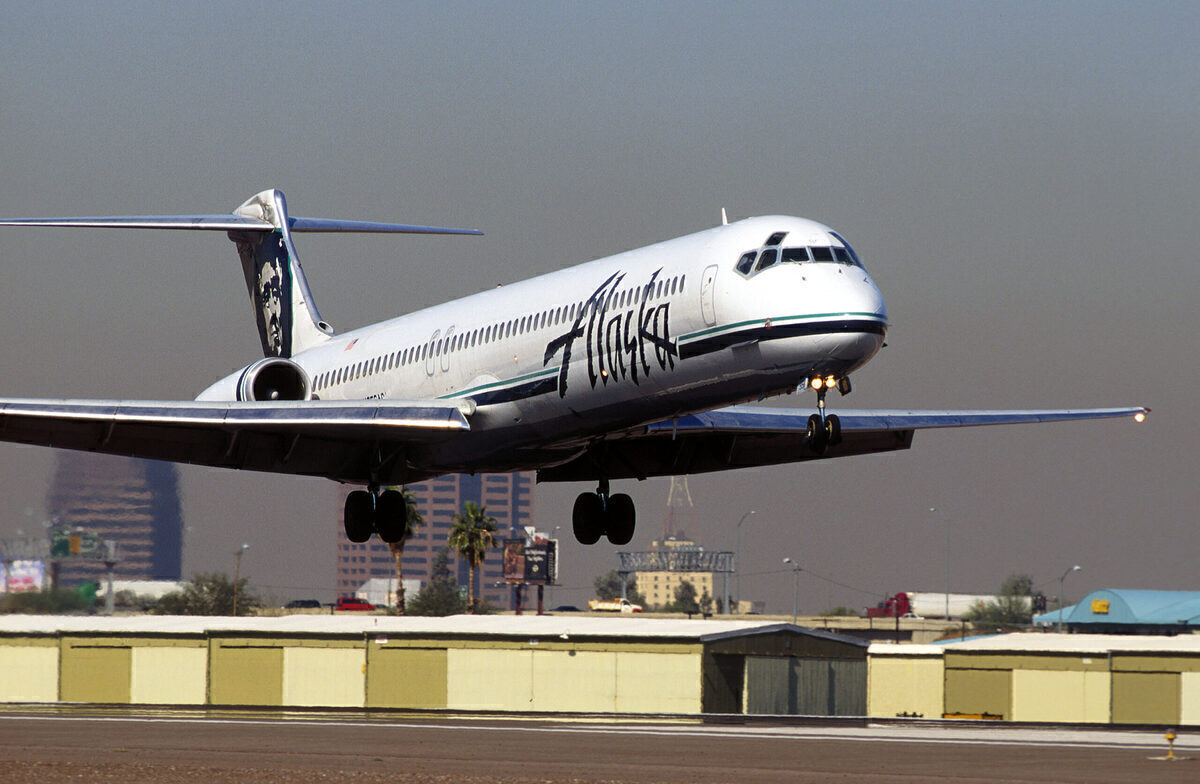 Seattle-based Alaska Airlines presently operates a diverse fleet of jet and turboprop-powered airliners. This includes models from the likes of Airbus, Boeing, de Havilland, and Embraer. However, did you know that the carrier also previously operated aircraft from McDonnell Douglas’s rear-engined MD-80 series? Let’s take a closer look at the history of these planes, and where they ended up once their time at Alaska Airlines ended.

A brief history of the MD-80 at Alaska Airlines

The McDonnell Douglas MD-80 series was a development of its existing rear-engined DC-9. It entered service in October 1980, when Swissair first flew the original MD-81 variant. McDonnell Douglas produced nearly 1,200 MD-80 series aircraft between 1979 and 1999, and the type still sees limited service today. But how does it fit into Alaska Airlines‘ story?

In the mid-1980s, the need arose for the carrier to replace its Boeing 727 trijets. Interestingly enough, these aircraft also had engines situated at the rear of the plane, rather than below the wings. According to Planespotters.net, Alaska Airlines received its first aircraft from the MD-80 family in February 1985. This belonged to the MD-82 variant of the series.

However, later that year, the carrier also had the honor of being the launch customer for another variant, namely the MD-83. This aircraft had a greater range than the MD-82 (which itself could fly further than the original MD-81). Alaska Airlines flew 48 MD-80 family aircraft over a 23-year period, operating its last service with the type in August 2008. Alaska replaced the MD-80 family in its fleet with the Boeing 737-800.

Of the 48 Alaska aircraft from the aircraft family affectionately known as the ‘Mad Dog,’ 14 were examples of the MD-82 variant. As we have established, the first of these arrived in 1985, which was a year that ultimately saw five MD-82s join the carrier’s fleet. A sixth arrived the following year, before a five-year delivery hiatus for the variant ensued.

Alaska Airlines’ remaining MD-82s arrived at the carrier between March and September 1991. The airline’s MD-82 cabin configuration of choice was a two-class setup, seating 12 business class and 128 economy class passengers. In terms of the type’s life after its time at Alaska Airlines, four of the carrier’s MD-82s were scrapped after leaving the airline.

However, the remainder had sufficient life left in them to fly for other operators afterward. These planes, which left the fleet between 1996 and 2007, went on to fly for the likes of Aeromexico, American, Continental, Rwandair, Spirit, and TWA. Sadly, all of these aircraft, with their curious five-abreast economy cabin, have since either been scrapped or placed into storage.

What about the longer-range MD-83s?

Alaska Airlines’ remaining MD-80 family aircraft belonged to the longer-range MD-83 variant. This could fly for 4,720 km (2,550 NM), which gave it an edge of around 920 km (500 NM) over the aforementioned MD-82. This version was a significant aircraft to Alaska Airlines, as it was the type’s launch customer in 1985.

With the MD-83 being a particularly important plane for the airline, it also operated more of them than the MD-82. All in all, 34 examples of the MD-83 graced the Alaska fleet over the years. 28 of these planes joined the carrier in the 1990s, with the last coming in 1997. Sadly, one of these aircraft left the fleet prematurely when it crashed near Anacapa Island, California, in January 2000. Tragically, all 88 occupants lost their lives in the accident.

Much like the MD-82, Alaska Airlines’ MD-83s flew for a diverse range of operators after their time at the Seattle-based carrier ended. These included Aserca Airlines (Venezuela), Dana Air (Nigeria), Ryan International Airlines (USA), Spanair, USA Jet Airlines, Windrose Airlines (Ukraine), and even the US Department of Justice!

Did you ever fly on one of Alaska Airlines’ MD-80 family aircraft? If so, when did you do so, and where did it take you? Let us know your thoughts and experiences in the comments!

Retired After 6 Years – LATAM’s Brief Encounter With The A350

How Much Did The Airbus A380 Cost?