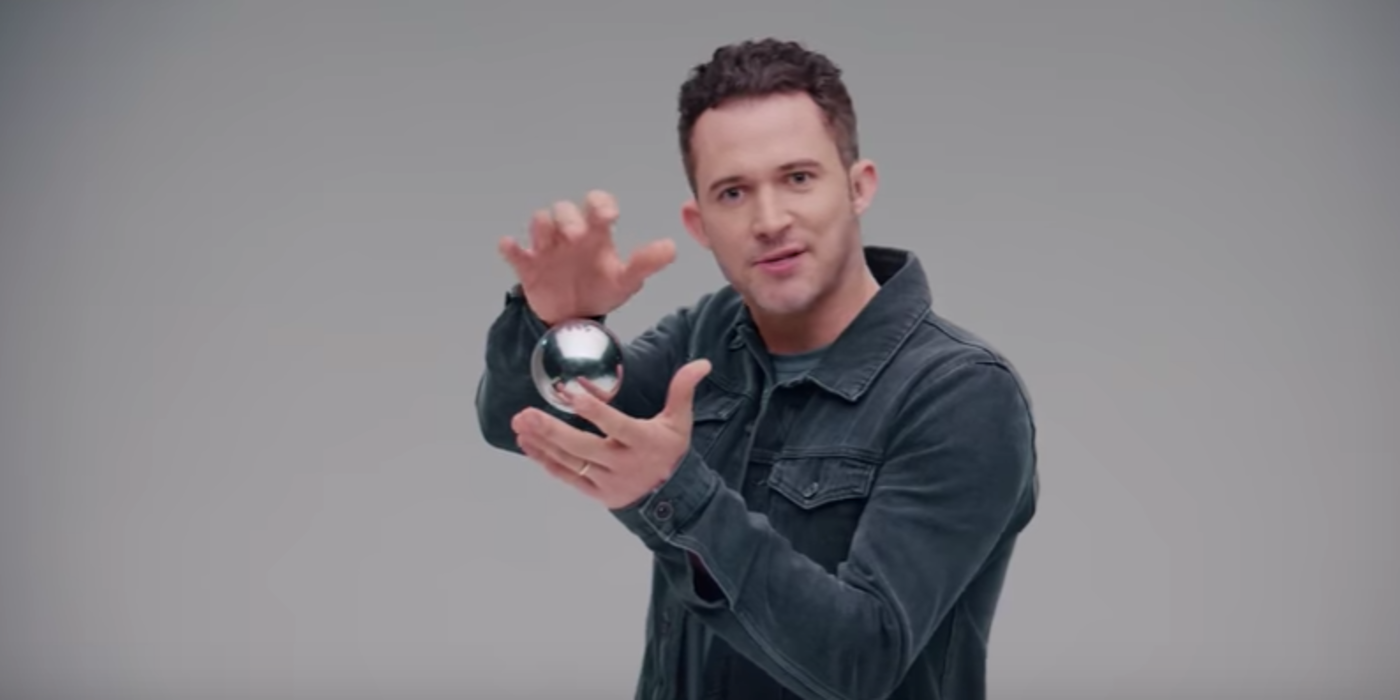 Magic For Humans just launched it's newest season on Netflix and in it host Justin Willman features some mind blowing tricks. In one episode, Justin centers the theme around "Vices" where he exhibits to bystanders some particularly 'trippy' magic tricks.

Episode 2 opens with Justin asking a group of stoners whether they like to do any shoplifting? He then directs them to a video game store and asks them which game they would want to steal if given the chance. The group comes to a consensus on the popular Borderlands 3. To their shock and awe, Justin uses his telekinetic powers to pull the game out onto the storefront's window. He then requests a group member's hat which he uses to seemingly pull the game out from inside the glass. Of course, this action bewilders each member of the posse but before they can process the situation Justin accordingly hurries them away. He then shoves a fifty dollar bill under the store's doorway.

Related: 12 Best Movies About Magic Ever Made

Justin's next trick involves visiting a local donuts shop. Here, he corners unsuspecting shoppers and gives them a simple competition: if they can finish a box of donuts they win a prize. But with Justin things are not as they seem. Initially, each contestant is able to get down to the last few donuts with ease, but that's when things get a little "trippy." After initially having two donuts left, Justin closes the box and opens it again to reveal three donuts. At this point, the contestants realize that they are now at his mercy. He proceeds to open and close the donut box revealing more and more donuts. The baffled contestants are forced to struggle on to keep going. After stuffing themselves to a certain extent, he eventually lets them off the hook. And their prize? Well a box of donuts of course! Needless to say, upon this reveal the contestants were no longer thrilled with the sight of donuts.

For the next trick, Justin teams up with L.A .Police Officer Lamar Bell. In this segment, Justin admittedly is under the influence of marijuana. But that's okay! With Officer Bell at his side he aims to find others that are also baked in an effort to blow their minds. Upon walking the streets of L.A., they stumble upon a group of hip young people that appear to be under the influence. He proceeds to hand one of the group's members a bag and says to take a deep breath and blow into it. The participant does this and shockingly a smoky substance begins to fill the bag to the brim. Upon examination, Justin humorously concludes that the smoke is of the Maui Wowie descent. After taking a deep breath of the bag himself the group appears understandably shocked and amused. In a way this trick proves to be not only be figuratively "trippy" but also physically.

Justin definitely provides a shock and awe factor with each of these tricks debuted in the episode. In fact, all of the tricks mentioned seem to be geared towards meeting certain vices which probably many people could find incredibly useful. Certainly there is a lot of people who would like to be able to make Maui Wowie appear out of thin air. For more mind-blowing tricks from Justin check out Magic For Humans season 3, which is available now on Netflix.

Next: The Magicians: Every Main Character Ranked According To Intelligence