This home is a must-see for Art Deco lovers. A small and stylish mint-green house stands out amid the red-hot real estate market of Baltimore. The post ‘Magical’ $239K Art Deco Home in Baltimore Poised for Quick Sale appeared first on Real Estate News & Insights | realtor.com®. 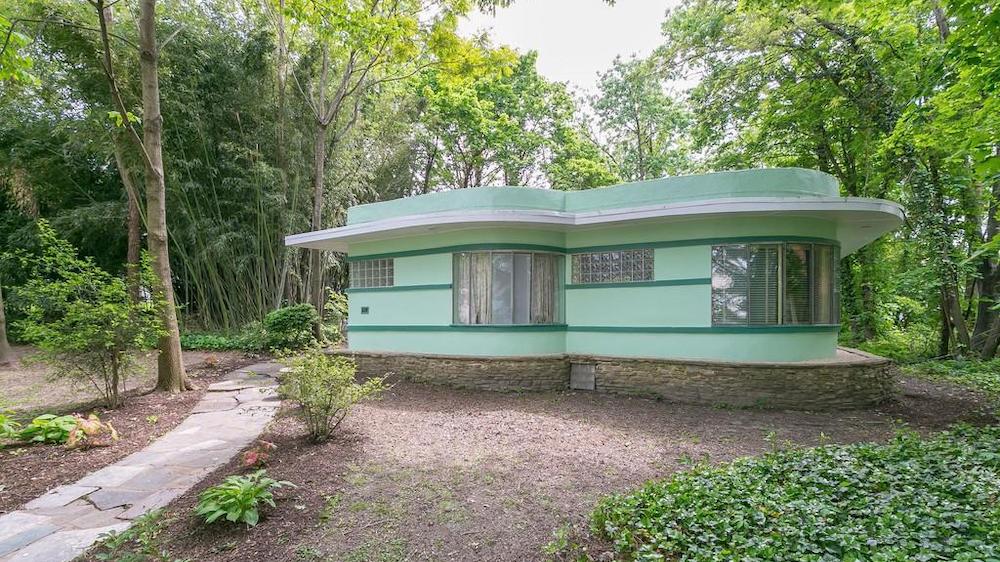 A small and stylish mint-green house stands out amid the red-hot real estate market of Baltimore.

That’s because the home on Erdman Avenue stands alone in a sea of traditional homes—it’s an art deco time capsule.

“It’s kind of deco meets Atomic Age,” says the listing agent, Rachel Rabinowitz. “It’s kind of magical. It has that effect on people. It seems like a mirage. It doesn’t look like any other house around it.”

Built in 1947 by an attorney, B.N. Eisenberg, after an inspirational trip to the art deco mecca of Miami Beach, the two-bedroom, 1.5-bathroom house is now on the market for $239,000.

“Legend has it that he liked to take the long drive down to Florida in his Lincoln,” Rabinowitz says of Eisenberg. “He was clearly inspired by that type of deco architecture. We have a few other good examples of deco architecture in Baltimore, but it’s not typically this style.”

The petite home has only had three owners since it was built. None of the stewards of this classic residence has performed a radical renovation.

As Rabinowitz told us, “It’s a lot like owning an antique car. You preserve it, you touch things up, and you update lightly.”

And because the home isn’t plagued by ugly updates, the agent says, “The new owner is going to find that time-capsule quality in many areas of the house.”

The agent knows this type of retro home isn’t for everyone.

“It’s not practical. It’s like buying a sports car. All about the style,” she says.

Speaking of style, the bold colors, wood paneling, as well as the style and color palettes of the bathroom and kitchen truly stand out.

If the home and its retro touches aren’t enough, there’s extra enticement for a buyer: Some of the period furniture seen in the listing photos will be included in the sale.

The home measures just 1,189 square feet, but sits on almost a quarter-acre of land. The opportunity exists for a buyer to make use of the land while leaving the deco dwelling untouched.

“I really think that someone should build a studio in the back of the lot, just to take advantage of more space, and continue moving the property forward in time,” Rabinowitz says.

The home also has views of a nearby lake.

“It’s serene and wonderful,” she adds. “I’ve nicknamed it the art deco weekend lake house, and it certainly feels that way.”

Due to tight inventory in Baltimore and a contingency for the seller’s new property, this house will only be on the market for a few days, with offers due quickly.

“The house itself has the ability to go viral and really play to people’s fantasy. But the amount of people that are actually stepping up to the plate to purchase it is a small group—typically, design enthusiasts,” Rabinowitz says.

Whoever buys the home will fulfill a destiny.

“I am one of those romantic real estate professionals that thinks sometimes people’s destiny is caught up in these things, so I think there is someone who’s meant to be the one,” she says.

In Love With Laurel? HGTV’s ‘Home Town’ Has Huge Impact...

BREAKING: ‘To argue that there will be a substantial spike...

Thousands in Silicon Valley in Danger of Eviction as End...