“Apologies to the fans. It’s nowhere … The post Maguire sorry as Man Utd were ‘nowhere near good enough’ vs Liverpool appeared first on Football365.

Manchester United captain Harry Maguire apologised to the club’s fans after their 5-0 defeat to Liverpool at Old Trafford on Sunday afternoon.

Mohamed Salah scored a hat-trick as Liverpool tore apart Manchester United at Old Trafford. Maguire gave his reaction to the defeat post-match via :

He said: “First and foremost, apologies to the fans. It’s nowhere near good enough for this club. We’re all hurt, we’re all disappointed. We’ve spoken in the dressing room.

“Obviously I’m here because I have to be here. The only real thing I’ve got to say is we apologise to the fans. They stuck right with us even coming off the pitch at 5-0 in the end – they’re singing and we appreciate that, but as a club we’ve got to do better.”

He continued: “As a player, I’ll be looking at myself, my individual performance. As a team, I’m captain of this club, so I lead the boys. We’ve got to come together, got to stick together.

“There’s no point in blaming people. You look at yourselves in the mirror and think what you can do better. It’s not about looking elsewhere and blaming others.”

Asked if it was too strong to label the result ’embarrassing’, he replied: “No, not really. The term I’d use is ‘not good enough’. The group of lads in there, I look at them each and every day in training, they’re doing everything they can, we’re working as hard as possible but at the moment it’s not good enough.”

“You can look at last season we lose to Spurs 6-1 this is worse, miles worse. This is miles worse for me as a Manchester lad. I’ve just got to say we have to get over this as quickly as we can.

“It is going to be a difficult one. The players will be low but there are loads of characters there.

“We know we are rock bottom, we can’t feel any worse than this. Let’s see where we take it.”

The post Maguire sorry as Man Utd were ‘nowhere near good enough’ vs Liverpool appeared first on Football365.

Watch: Lingard responds ‘I’m not on the pitch’ after getting pelters

Watch: Lingard responds ‘I’m not on the pitch’ after getting pelters

In fairness, he’s got a point: … The post Watch: Lingard responds ‘I’m not on the pitch’ after getting pelters appeared first on Football365. 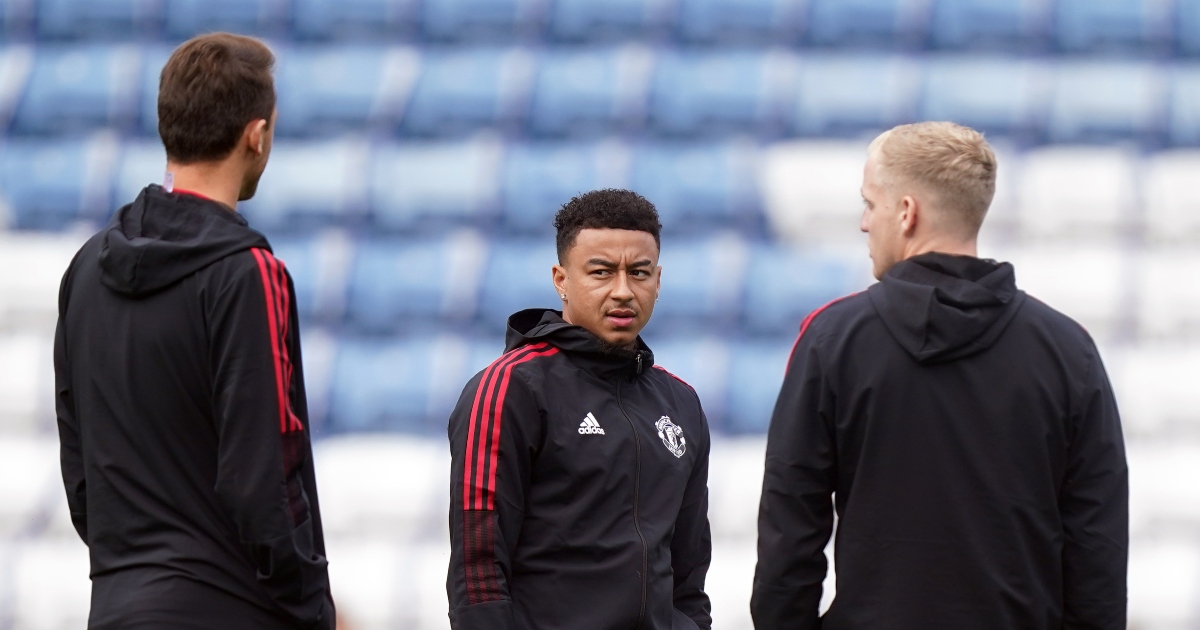 Jesse Lingard came out with his reputation unscathed after remaining an unused substitute during Manchester United‘s shocking 5-0 defeat at home to Liverpool.

However, the England international didn’t escape Old Trafford without receiving some stick from the home faithful while he warmed up alongside Paul Pogba during the first half.

The clip, doing the rounds on social media, doesn’t show what was shouted at Lingard but he looks visibly irritated at the corner flag, while it doesn’t take an expert lipreader to see him defending himself by saying “I’m not on the pitch” – which is a fair enough response, to be honest.

The post Watch: Lingard responds ‘I’m not on the pitch’ after getting pelters appeared first on Football365.