United have accrued 21 points from … The post Man United have a way to go to become true comeback kings appeared first on Football News -. 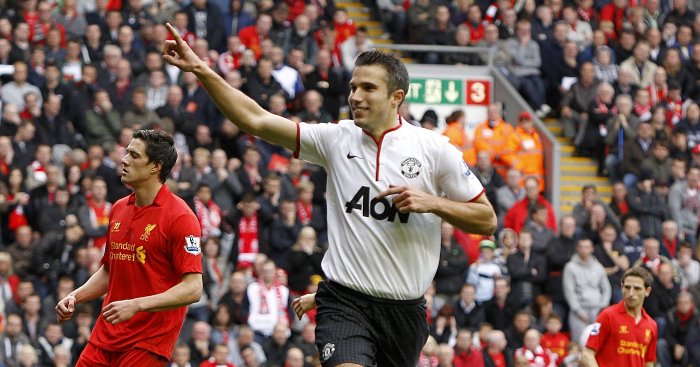 Manchester United have this campaign. The Premier League record for a season is still some way away. Thanks to for the numbers.

Manchester United and Arsenal, 1999/2000 (both 24)
While 18 points separated them in the actual Premier League table come season’s end, runaway champions Manchester United and distant runners-up Arsenal shared one common feature around the turn of the millennium. Both were able to snatch victory from the jaws of defeat.

Sir Alex Ferguson’s side were behind in 15 games of but managed to convert some of those deficits into six wins and six draws. Arsene Wenger’s team grabbed seven wins and three draws from a goal down, albeit from 19 matches.

Manchester United really were at the height of their destructively restorative powers around this point. Two particular games at Old Trafford underlined their attitude: against Everton in December and West Ham in April. In the first, Francis Jeffers opened the scoring after seven minutes before Dennis Irwin equalised with a penalty and Ole Gunnar Solskjaer scored four goals in less than half an hour. In the second, Paulo Wanchope angered the hosts with an 11th-minute strike that prompted a Paul Scholes hat-trick in a 7-1 demolition.

Arsenal’s victories were not quite as stark, although they did also thrash an Everton side that had the temerity to take the game to the elite before soon crumbling.

Everton, 2002/03 (24)
The Toffees would prove sticky customers to take the lead against soon after. David Moyes’ first full season at Goodison Park included seven wins and three draws in games they trailed, with Wayne Rooney taking particular and predictable affront to going behind.

On three separate occasions the teenager scored winning goals in 2-1 victories after Everton had conceded the opener. He added to Lee Carsley’s equaliser against Blackburn in December after Andy Cole struck for the visitors. He completed a late turnaround at home to Aston Villa in April, settling matters after Marcus Allback and Kevin Campbell threatened to share the spoils. But most memorably of all, we were implored to after his last-minute strike ended Arsenal’s unbeaten run at 30 games in October.

Freddie Ljungberg scored first at Goodison Park after seven minutes. Tomasz Radzinski equalised a quarter of an hour later. Then substitute Rooney, replacement for Radzinski ten minutes from time, introduced himself to the FA Barclaycard Premiership as its youngest goalscorer.

Tottenham, 2010/11 (24)
After reportedly taking over Tottenham when they had accrued just two points from eight games at the start of the 2008/09 season, Harry Redknapp had developed something of a penchant for mountain-climbing in north London. Within a couple of campaigns, he built a Champions League qualification charge off the back of the habit.

It started with Rafael van der Vaart’s home debut, the Dutchman having to wait until the 77th minute for his moment to equalise with a penalty against Wolves in September. Alan Hutton, brought on at half-time, won that spot kick and scored the emphatic third goal after Roman Pavlyuchenko put Spurs into the ascendancy.

Aston Villa (for whom Marc Albrighton scored first; in 2010!) and Fulham were beaten 2-1 after taking 1-0 leads soon thereafter. By November, Liverpool suffered the same fate when Martin Skrtel scored at both ends before Aaron Lennon’s stoppage-time winner. And Arsenal led both north London derbies at half-time before succumbing to a 3-2 defeat and a 3-3 draw, Van der Vaart converting penalties each time.

Arsenal, 2011/12 (24)
Arsenal got their revenge months later, thrashing Tottenham 5-2 in February 2012 after Louis Saha and Emmanuel Adebayor gave the visitors a decisive lead after half an hour at the Emirates.

Wenger admitted to being “a bit worried” that his players would “have a problem with morale and spirit” in an interview that featured a grin wider than the points gap Tottenham had been advised to mind in the years prior. “We just refused to lose the game and kept going,” he added, which is one way of describing a five-goal salvo in 28 minutes.

Arsenal went behind in both of their subsequent Premier League games over the next fortnight, beating Liverpool at Anfield and Newcastle at the Emirates through Robin van Persie and Thomas Vermaelen’s stoppage-time winners. Van Persie even netted a hat-trick at the peak of his one-man teamery to stun Chelsea at Stamford Bridge in October after Frank Lampard drew first blood and John Terry re-established their lead going into half-time.

West Brom, 2010/11 (27)
On the one hand, no team went behind in more games (30) in than West Brom. Hell, that is only one match less than Derby in 2007/08. But while the Rams took two points from losing positions in their historically laughable campaign, the Baggies consolidated mid-table status on coming from a goal down with unerring regularity.

They ended the season with 47 points, 27 of those after being behind at some point. Even more impressive is that Roy Hodgson was in charge for only three months at the end of the campaign as Roberto Di Matteo’s replacement but still managed to turn nine deficits into three wins and four draws.

Liverpool led in April but fell victim to two Chris Brunt penalties at The Hawthorns. Tottenham were held to a 2-2 draw at White Hart Lane thanks to the only Premier League goal of Simon Cox’s career. Then came the final day’s pièce de résistance: Tchoyi Story 3 against Newcastle.

Manchester United, 2012/13 (29)
“It’s tradition for Man United, we never make it easy for ourselves,” said Solskjaer in November. That was perhaps never more true than in Sir Alex Ferguson’s final season, when they simultaneously strolled and stumbled to the Premier League title.

Manchester United finished 11 points clear of Manchester City and officially won the title by April 22, having been top from late November onwards. They didn’t actually score first in a game until facing Wigan in mid-September, losing to Everton but overcoming goals from Damien Duff and Rickie Lambert to beat Fulham and Southampton respectively. Then Liverpool played hosts at Anfield as Steven Gerrard struck first, only to be cancelled out by Rafael and comeback enthusiast Van Persie’s late penalty.

Perhaps their best win from behind that season came at Villa Park. Andreas Weimann scored twice in November before a Ron Vlaar own goal and a Javier Hernandez brace secured a 3-2 win. They also beat Newcastle 4-3 on Boxing Day after coming from behind not once, not twice, not four times but thrice.

Newcastle, 2001/02 (34)
Remove the points Newcastle won from losing positions in and a) many, many, many police horses would have been in grave danger, and b) the Magpies would have finished a single point above the relegation zone.

There must have been something about Sir Bobby Robson that inspired belief that nothing was ever completely lost at St James’ Park. They drew with Chelsea in August, beat Blackburn and Arsenal in December, hammered Tottenham in January and thrashed West Ham in April, having trailed at half-time on each occasion.

Colin Cooper made the mistake of scoring first in a 4-1 Tees-Tyne derby defeat. Leeds were 3-1 up after almost an hour of a 4-3 loss at Elland Road that came courtesy of Nolberto Solano’s last-minute winner. The Peruvian also struck twice to seal a 6-2 victory over Everton in March. Duncan Ferguson scored in the sixth minute but for once failed to incapacitate his opponent with a single blow.

The post Man United have a way to go to become true comeback kings appeared first on Football News -.