Man Utd supporters ‘do not … The post Man Utd fans ‘do not want to admit’ Sancho will stay at Dortmund appeared first on Football365. 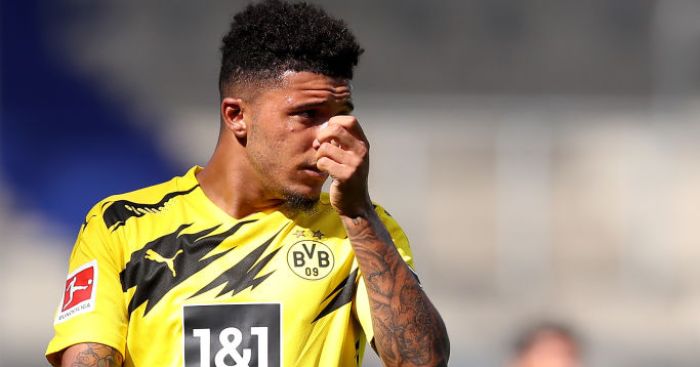 A German newspaper has accused Man Utd fans of struggling to cope with the possibility that Jadon Sancho will remain at Borussia Dortmund.

Sancho’s form has been remarkable in the last few years. He has been prolific when it comes to getting goals and assists for Dortmund in the Bundesliga.

From his 66 league games in the last two campaigns, Sancho has been involved in an impressive 59 goals. This form has made him one of the most sought-after young players in Europe.

It is no secret that England international Sancho has been the Red Devils’ main target this window but  – with Man Utd reluctant to pay that – insisting that the 20-year-old former Man City player is happy to stay in Germany.

And now Dortmund newspaper Ruhr Nachrichten (via ) says that anyone associated with the Red Devils ‘have their problems with coming to terms with the situation’.

Man Utd supporters ‘do not want to admit’ that Sancho will be playing for Dortmund this season with the newspaper suggesting that there is some arrogance involved in that stance.

Ruhr Nachrichten don’t think Dortmund were bluffing when they set an August 10 deadline for Man Utd to sign Sancho and they finish by saying: ‘Manchester United fans will probably only accept this when the transfer window finally closes on October 5th.’

The post Man Utd fans ‘do not want to admit’ Sancho will stay at Dortmund appeared first on Football365.