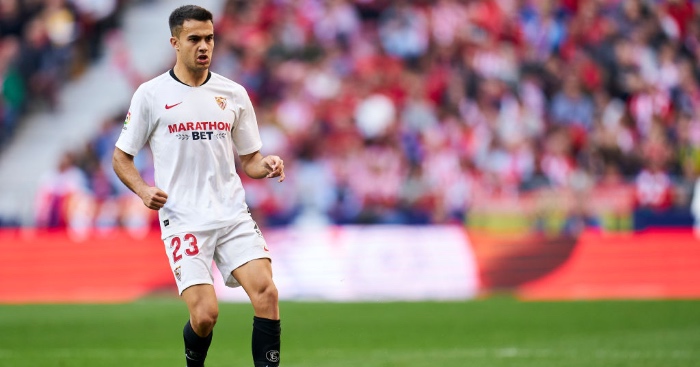 Man Utd have reportedly made a significant breakthrough in their pursuit of Real Madrid left back Sergio Reguilon.

The club are aiming to secure their second signing of the transfer window after bringing in midfielder Donny van de Beek.

They’ve failed to sign Dortmund winger Jadon Sancho just yet, but they are linked with a surprise move for N’Golo Kante.

According to Spanish outlet El Desmarque (via Mirror), Real Madrid are willing to let Reguilon leave this season without including a buy back clause.

Man Utd have been linked with Reguilon for weeks and are thought to be keen on initiating a deal.

However, they were put off by Real’s wish to include a reduced buy back clause. Real manager Zinedine Zidane has now cancelled that wish, meaning United are closer to starting transfer talks.

United are pursuing a left back following injuries to current players Luke Shaw and Brandon Williams.

Shaw missed the end of the last campaign after picking up an ankle injury in July, while youngster Williams is out with a foot problem.

That means Reguilon is now being targeted to become a starter in the United side this season. The 23-year-old is an exciting player who regularly bombs forward to take part in attacks.

He featured in La Liga’s team of the season last term after some brilliant displays on loan at Sevilla. Reguilon achieved eight goal contributions in 38 appearances in 2019/20.

It’s not yet known how much United will have to pay to bring Reguilon to Old Trafford. He’s currently valued by Transfermarkt at £22.5 million.

If talks begin in the coming weeks, Reguilon may become United’s second signing before the end of the transfer window.

Ole Gunnar Solskjaer is trying to bolster his options to keep up with the likes of Man City, Liverpool and Chelsea.