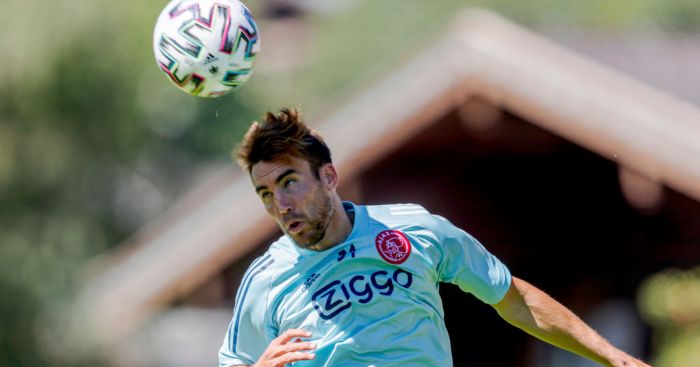 Nicolas Tagliafico could be set to remain at Ajax this summer despite Man Utd lining him up as a possible alternative to Alex Telles, according to reports.

Man Utd boss Ole Gunnar Solskjaer has previously stressed the importance of having strong competition across the pitch. As such, he is keen to keep left-back Luke Shaw on his toes with a new addition.

Sergio Reguilon was a target before he left Real Madrid for Tottenham with Gareth Bale earlier this month.

Therefore, . Reports claim the Red Devils remain in talks and that this week is “key” in deciding the 27-year-old’s future.

According to The Sun, United are keeping their options open by registering initial interest in Tagliafico. The Argentine, who has two years left on his contract, is available for £23million.

While  claims that Man Utd ‘activate interest’ in Tagliafico, with competition also coming from Paris Saint-Germain.

However, De Telegraaf now claims the Dutch side are increasingly confident of retaining the Argentine.

Ajax boss Erik ten Haag reportedly had “little faith” in Tagliafico earlier this year. However, he has performed a U-turn on that stance and now wants to keep the player.

Director of football Marc Overmars has learned of the U-turn and sent Tagliafico’s agent the offer of a new contract. It remains unclear if the left-back will sign the extension, but the chances of him doing so have “increased considerably”.

Twenty-five-time international Tagliafico has become a key figure for Ajax since his 2018 move. In 100 appearances, he has scored 12 goals and assisted 15 others.

Telles, meanwhile, has enjoyed a blistering start to the new season in Portugal. In last weekend’s league opener, he scored two goals and laid on one more in Porto’s 3-1 win over Braga.