Mariah Carey Has the Perfect Clapback to a Rapper Who Sampled ‘Shake It Off’: ‘Respond to My Lawyers’

Mariah Carey has responded to a sampling of her hit "Shake It Off" in true Mimi fashion, leaving fans wondering if she's being serious or kidding around. 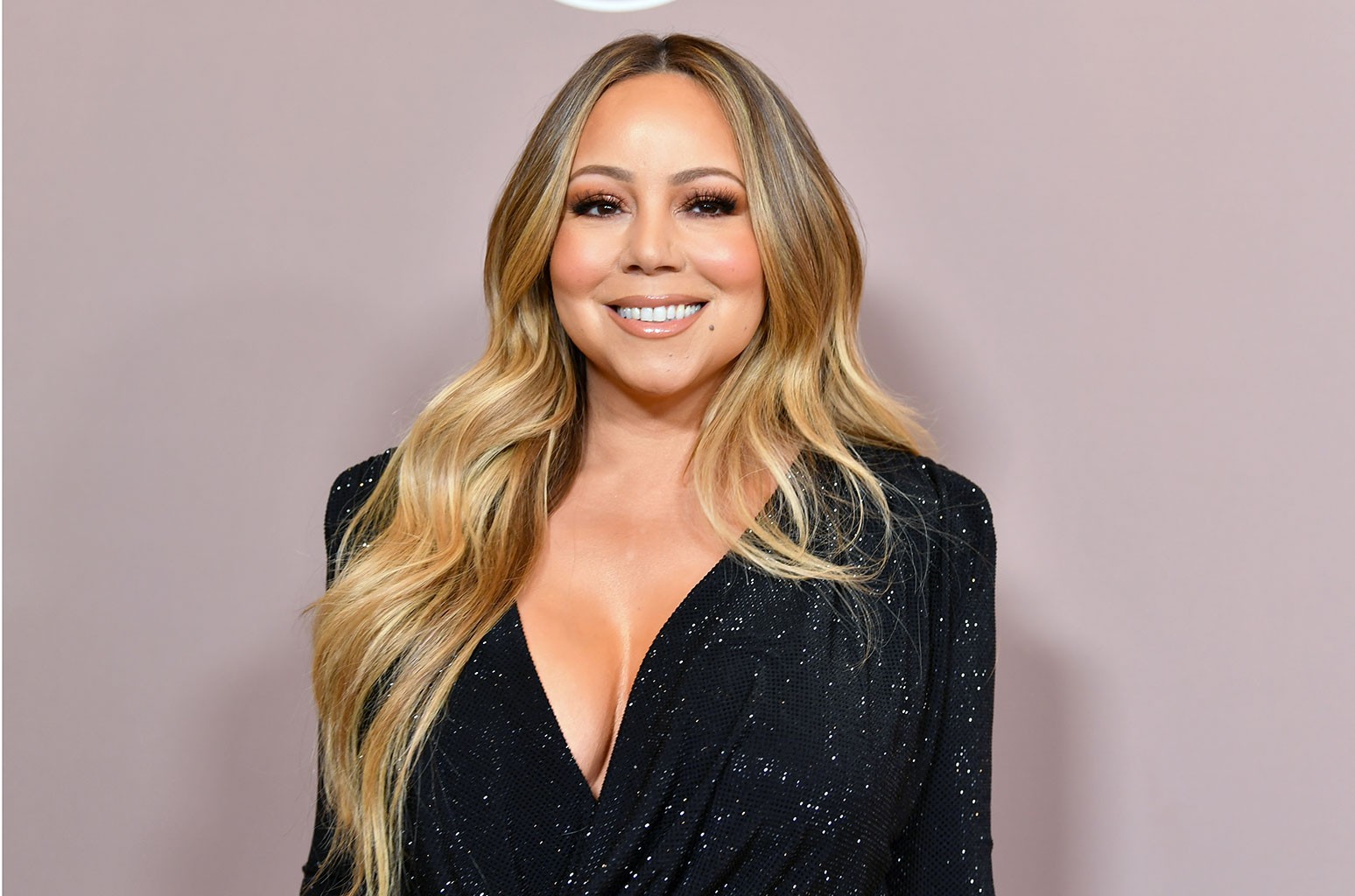 Mariah Carey has responded to a recent sampling of her hit song “Shake It Off” in true Mimi fashion, leaving many wondering if she’s being serious or just kidding around.

On Friday (May 7), RNB Radar CEO Tommy Banks tweeted a snippet of Baltimore rapper YTK’s new track “Let It Off,” which samples Carey’s 2005 hit “Shake It Off” that peaked at No. 2 on the Billboard Hot 100.

“Mariah Carey has 24 hours to respond,” Banks captioned the minute-long clip, where YTK is seen wearing a ski mask and flashing a pistol.

RNB Radar’s tweet caught the attention of Carey less than 24 hours later, who seemingly threatened that YTK needs to clear the sample of her song. “How about y’all have 24 hours to respond to my lawyers,” the superstar singer captioned a GIF of her 2018 song “GTFO” on Saturday (May 8).

A quick look through RNB Radar’s tweets, however, reveals that the back-and-forth may be a playful joke — and that Questlove is involved in helping clear the sample.

“Hey I want to reiterate that Mariah was joking, please stop saying rude s— to her,” RNB Radar wrote alongside a screenshot of what appears to be a DM with Questlove about clearing the sample. “She told that same joke to Quest Love hours before she responded to the tweet and put us in contact with the people who can help us clear it! so it’s not a problem on her end.”

Questlove also chimed in on social media, recalling a similar situation over a decade ago when Erykah Badu needed to a clear a Wings sample with Paul McCartney for her song “Gone Baby, Don’t Be Long.”

“I’m DYIN. I helped w the Mariah sample cause 11 years ago we were in the same situation in which Erykah has 24 hours to clear ‘Gone Baby Don’t Be Long’ w Paul McCartney & Lenny Kravitz saw the tweet & hit up Stella to hit her pops & the song was saved!” The Roots drummer tweeted, adding the hashtag #PayItForward.

Whatever the case, RNB Radar’s attempt to create a viral sensation with YTK’s “Let It Off” has worked like a charm. “In 24 hours: I was able to get YTK 5 million impressions Almost 1 million views 100’s of celebrities retweeting it and Mariah herself responded,” Banks tweeted.

Carey, meanwhile, is having a blast watching it all unfold behind the scenes, evidenced by her playful reaction to a fan tweet. “What I love about Mariah Carey is I have no idea she’s either teasing or she’s serious here,” the fan wrote. MiMi replied: “I don’t know and neither do you!”

How about y'all have 24 hours to respond to my lawyers https://t.co/53Jg01jINK pic.twitter.com/bO0HC36x2z 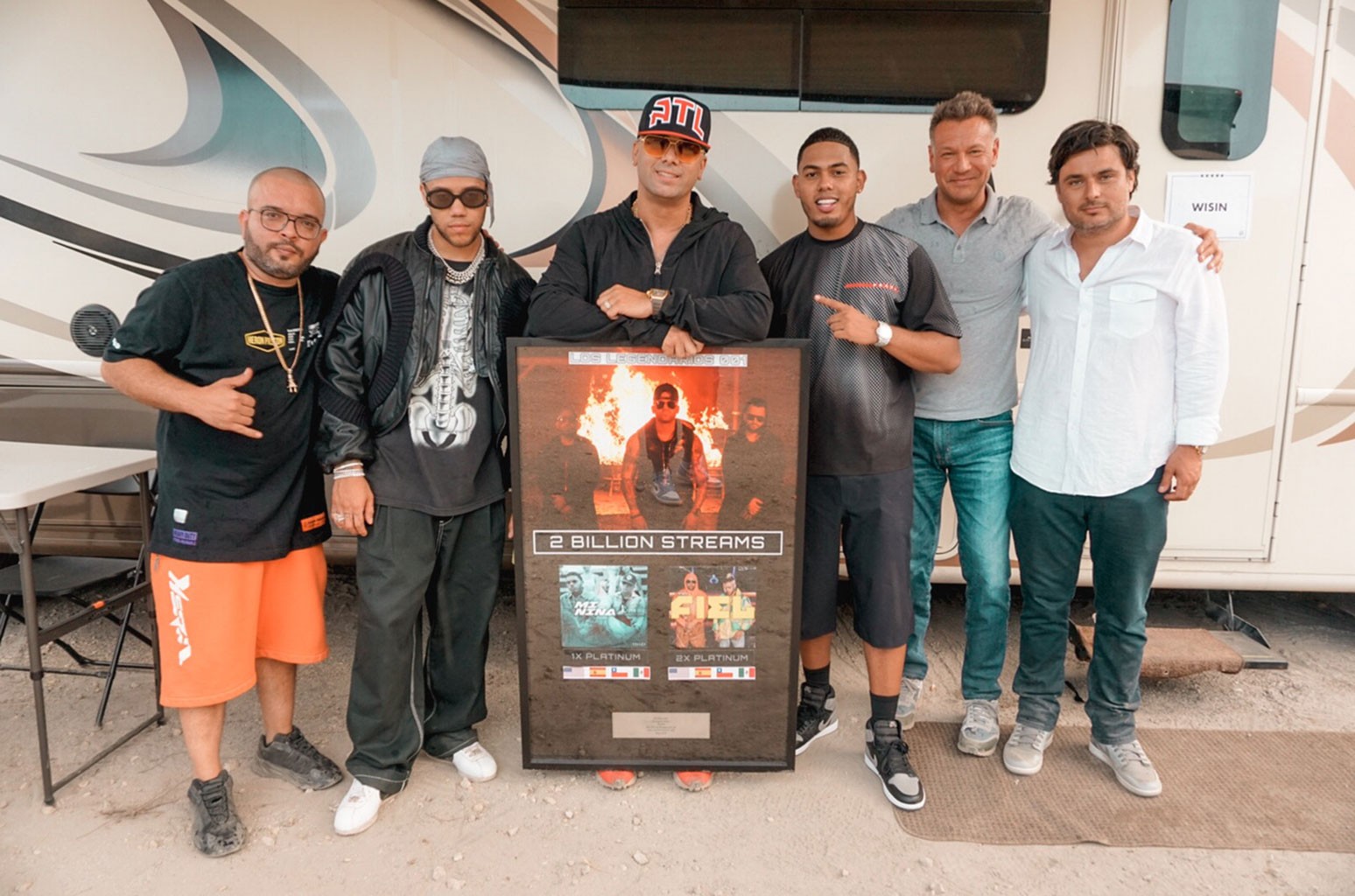 Less than a year after launching his record label, La Base, distributed by The Orchard via WK Records, Wisin celebrates two of his most viral hits of the moment. “Fiel” with Jhay Cortez and Los Legendarios was certified double platinum in the United States, Spain and Chile. His Myke Towers-assisted “Mi Niña” was certified platinum in the U.S., Spain, Colombia, Mexico and Chile. Both tracks are part of the Los Legendarios 001 album, released earlier this year.

Headquartered in Wisin’s native Puerto Rico, La Base Music officially launched in the summer of 2020 with new signees Chris Andrew and Abdiel Larralde. La Base Music’s resident engineer and award-winning producers include Hyde Quimico and Los Legendarios, who have worked with Latin superstars like Daddy Yankee, Ozuna and Reik.

Reggaeton’s romantic voice, Jay Wheeler, has signed an exclusive contract with Elite Media and Marketing (EMM). Headquartered in Miami with offices in NY and LA, EMM will be in charge of Wheeler’s exclusive management and booking moving forward. According to a press statement, “this important alliance assures Wheeler fans that they will be able to enjoy the best live entertainment around the world.”

Christian Nodal and Mexico’s newcomer Gera MX made Billboard history this week with their country-meets-hip-hop collab “Botella Tras Botella.” Born during a carne asada hangout in the midst of the pandemic, the song makes history on the Billboard Hot 100 chart as the first Regional Mexican title to enter the list in its almost 63-year history. In addition, the song also debuts at No. 3 on Hot Latin Songs and in the top 10 on both Global charts: No. 4 on Billboard Global Excl. U.S. and No. 9 on Billboard Global 200. “This is something nice that’s happening to two friends from Mexico,” Gera told Billboard. “It feeds your soul and makes you believe in yourself 1,000 percent more.”

Students and workers in Colombia have taken to the streets to protest a tax reform proposal by President Ivan Duque’s government. In national unrest and outcry over poverty, inequality and unemployment, the peaceful demonstrations in cities such as Bogotá, Cali and Medellín turned violent, with many civilians injured, killed and arrested for alleged vandalism. In solidarity with the Colombian community, Rafa Pabon and Goyo dropped a video singing Pabon’s protest track “Aire.” “Without justice, there’s no law,” reads the caption. “Dedicated to those left without air and whose dreams are taken.”