Mark Hamill, best known for his portrayal of Luke Skywalker, originally wanted the Jedi Knight to join the Dark Side at the end of Return of the Jedi. 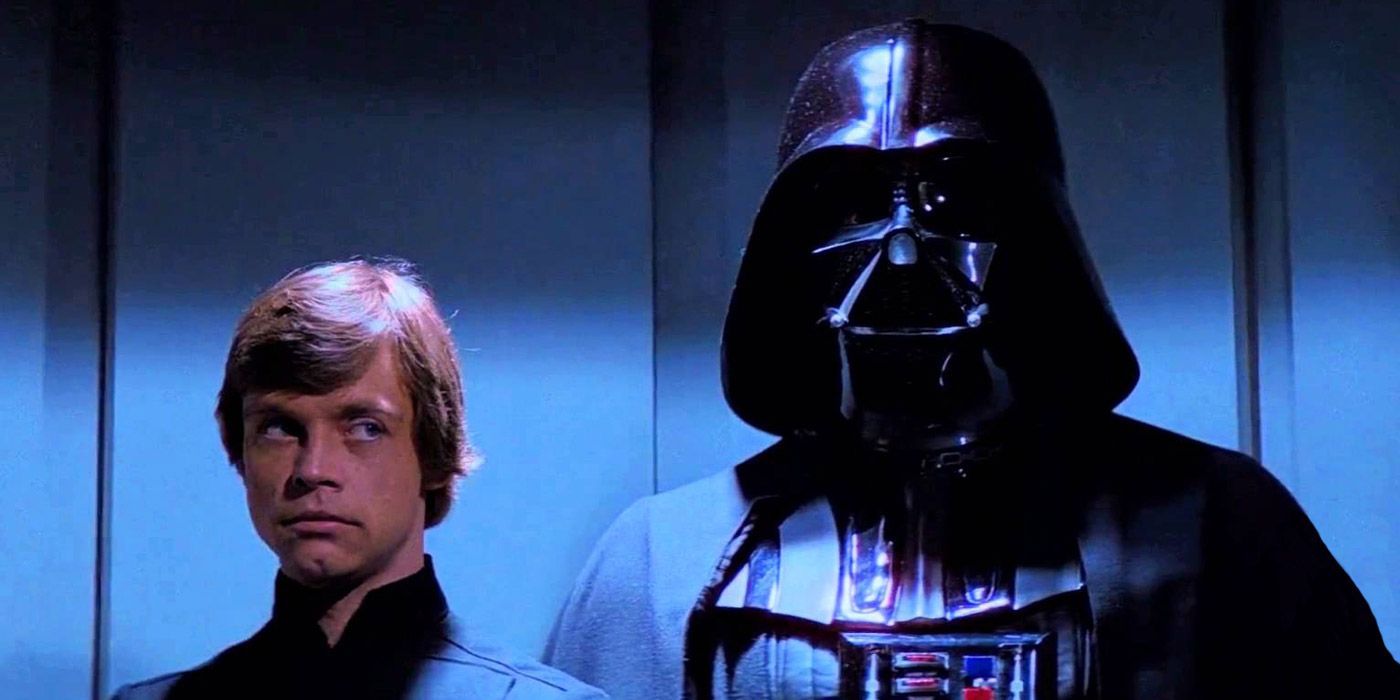 Mark Hamill thought Lucas was playing Star Wars too safe with Return of the Jedi. The final installment in the original trilogy arrived in 1983, at a time when fans were still reeling from the revelation that Darth Vader was Luke Skywalker’s father.

Though the film ended up being the lowest-grossing entry in the Star Wars trilogy, it was filled with surprises and an action-packed plot. Today, some Star Wars fans criticize Return of the Jedi for its inclusion of the Ewoks – the bear-like group of Endor inhabitants who fight on the side of the Rebel Alliance in the final third of the film. Their inclusion added a sort of cutesy, childlike element to Jedi. After three movies filled with hard-fought (and often emotional) battles, cuddly bear creatures with slingshots were a divisive addition to what was widely believed to be the franchise finale. Nonetheless, Jedi was still a monster hit, but among a certain percentage of Star Wars fans, it’s still, to this day, cited as the most problematic entry of the first three films. Oddly enough, however, it isn’t just the fans who’ve had issues with Jedi. It appears that at least one cast member also felt reluctant over the film’s plot.

Related: Return of the Jedi Is Much Better Star Wars Ending Than Rise Of Skywalker, Says Darth Maul Actor

During an appearance on SiriusXM’s EW Live, Mark Hamill, who is known for his portrayal of Jedi Knight Luke Skywalker, revealed that he was disappointed to learn that Skywalker’s original trilogy storyline would not culminate with him joining the Dark Side. According to Hamill, he even complained to George Lucas that the idea of Skywalker resisting the pull of the Dark Side was “so predictable and pat.” Lucas, of course, didn’t agree, and you can check out Hamill’s quote below, courtesy of THR:

"I remember complaining to George [Lucas] about something in Revenge of the Jedi, and I said, 'It's so predictable and pat,' and he said, 'Mark, don't forget. These things were made for children. His original intention was to make movies for, you know, kids! Adolescents and younger. Because I was wearing all black, I thought I would go to the Dark Side in the last one. And, of course, you have to redeem yourself … every actor wants to play their own evil twin.”

It’s interesting to consider the possibility of Luke having gone over to the Dark Side in Jedi. However, had Lucas relented and changed up the ending, it would have brought a very dark and likely unsatisfactory end to what was then believed to be the extent of the Star Wars franchise. The entire franchise as we currently know it would have been drastically altered by such a move as well. An exploration of Anakin’s turn to the Dark Side in the prequel films would have felt somewhat redundant, as audiences would already know what it was like to see a protagonist fall into the clutches of evil. In fact, in some ways, the prequels offered exactly what Hamill wanted to see in the original trilogy, except that it was Hayden Christensen who was able to experience playing his own evil twin.

What Hamill’s complaint regarding Return of the Jedi further emphasizes is just how long that Lucas has been dealing with people wanting to rework his stories. Regardless of which Star Wars film one chooses, there will always be those who feel that it would have worked better this way or that. And because this has always been the case, it’s incredible that Star Wars turned out as engaging as it has. Ultimately, Lucas made the best decisions he could for his passion project, and though fans are not in agreement with every choice he’s made along the way, the truth is that we’re all lucky to have the series as it is.

Next: Star Wars Confirms Palpatine's TRUE Enemy Is His Own Electricity