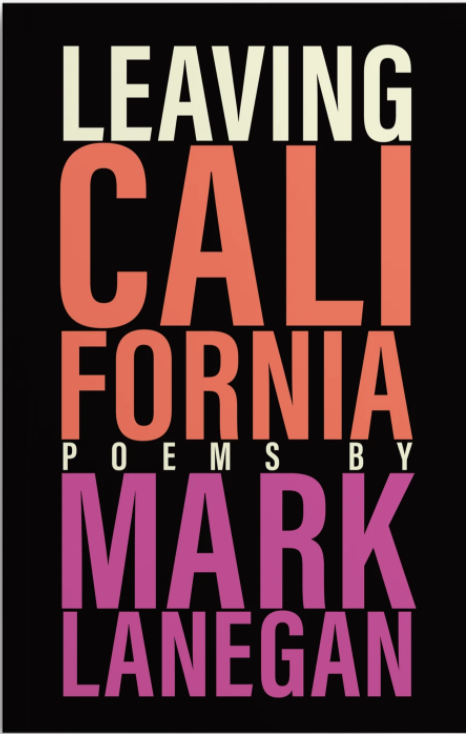 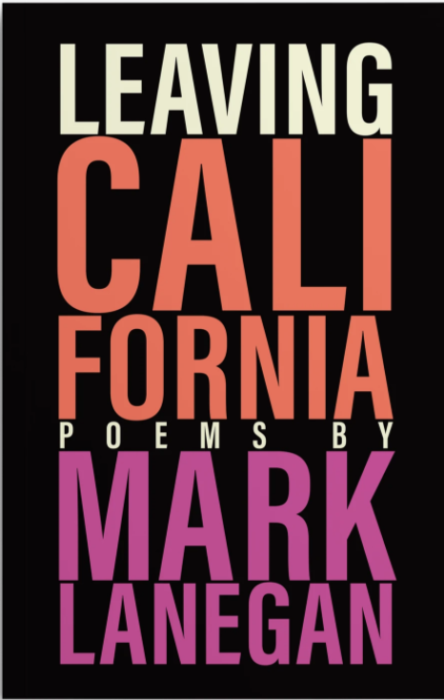 Poems of mischievous heartache, songs of sorrow. In Leaving California, Mark Lanegan summons ghosts of his past and exorcises spectres of the present in a world gone mad.

I heard that Leaving California was intended as a sequel of sorts to Lanegan’s recent memoir, , reflecting his recent move to Ireland. The collection of poems picks up on themes and moments within the memoir but intimates that Lanegan’s present experiences require a different kind of narrative form. A life can be depicted in varied shapes, and there’s a time and place for each of them. When it comes to Leaving California, the pandemic frames Lanegan’s poetry. In forced isolation, text must be marked by brevity and fragmentation. Across the pieces, Lanegan becomes a reluctant flâneur, roaming virus-emptied streets in solitude. It’s difficult to find language when a sickness is circulating and people are dying. Short phrases, words alone, sentences left unfinished, in between breaths we’re all trying to take.

It’s not easy to translate sonic resonance to print. Yet the low and gravelly melancholy of Lanegan’s voice weaves its way into his poems. In “Hour of Venus,” his words uncannily convey the timbre of his voice: “Gunpowder pours/ From a cask/ Upon the shelf/ I tripped on the morning/ And fractured a/ Bone/ I coughed my/ Heart up/ Into my mouth.” Throughout his music, Lanegan’s sound often manages to embody a seeming paradox, at once vulnerable and harsh.

Such apparent contradictions appear across Leaving California, reflecting a recognition of the heavy, strange, and lonely realities of everyday life. The brief lines that make up “I Stood in the Doorway” register these contrasts best: “I stood in the doorway/ Smoking, watching/ The rain running sideways/ Across the roof of/ The shed/ Thinking about sunshine/ And what it’s worth to/ A man who/ Burns as easily as I.” That poem bookends the self—beginning and ending with the I—allowing Lanegan to invent himself as a Whitmanesque poet of the twenty-first century who has seen it all and is still standing. (I’m referencing Walt Whitman’s famous/infamous poem “Song of Myself” here, which was included in his collection Leaves of Grass.)

Leaving California often brings together disparate emotions and memories that move from the funny and sometimes grotesque to the nostalgic and heavyhearted. Given this kind of interplay, the collection at times feels like a poetic counterpart to Townes Van Zandt’s Live at the Old Quarter. That album is steeped in songs sung with a heartbreaking “high lonesome sound,” as Emmylou Harris described Van Zandt’s voice, yet punctuated with raunchy jokes and anecdotes about booze. With Lanegan’s poems, the reader moves from the poignant (“Because too much love will break your heart”) to Lanegan waking up, “Booze like,” in somebody else’s backyard (“I got to my feet/And said/ The idiot was just/ Leaving sir”).

Speaking of the playful elements of Leaving California, a few of the pieces in the collection read as spirited works of concrete poetry—a form in which the visual makeup of the text or type takes on its own meaning. In “A Mountain of Love,” mountains of text take shape across the center of the page:

And in “Profile of the Poet,” the words Lanegan uses to describe himself take the form of a long, tall figure standing unassuming on the edge:

If you’ve listened to any of Lanegan’s recent albums, you might know how his songs possess the listener with words sung by a haunted mind. Ghosts emerge, too, in varying designs across Leaving California. In “Seance for a Friend,” the speaker of the poem utters, “All of my deeds/ Return to haunt me.” Just a page later in “Farranaspig Road,” he likens himself to a spectre: “Nobody notices me here/ Not the ghosts/ Of the/ Famine dead.” And in “Ghost Radio,” the speaker, like a rock god incarnation of Balzac’s Colonel Chabert, finds himself buried and resurrected: “Stitch me up in/ A horsehide/ Coffin/ With a/ Length of twine knotted/ To a porcupine quill/ Bury me under/ Twenty feet of/ Dirty snow/ Throw back a/ Shot glass full of/ Mercy and tears/ And/ Let my spirit ride/ Wherever it will.”

These hauntings extend beyond depictions of the writer as phantoms of Lanegan’s own songs materialise. In “Early In the Morning,” the “ragged/Pack of starving/ Feral dogs” evokes Lanegan’s track War Memorial from Black Pudding, the 2013 album he made with Duke Garwood. Traces of other musicians, too, appear. As Leaving California comes to a close, Bob Dylan’s heartbreak seeps in. The poem “Heartache Plotted In Four Stages” conjures If You See Her, Say Hello: “Have you seen the girl of my dreams?. . . Kiss her for me?”

At its heart, Leaving California breathes out Lanegan’s melancholy music deeply. Poems at the start and end of the collection say it better than I can:

Music Flows From My Fingertips
Music flows from
My fingertips
Yet
The
Words catch in
My throat
How
Have I grown
So old?
Even language
Escapes me now

Words by Audrey J. Golden. You can follow Audrey on Twitter and Instagram, and you can check out her personal website to learn more about her writing and her archive of books, records, and ephemera.