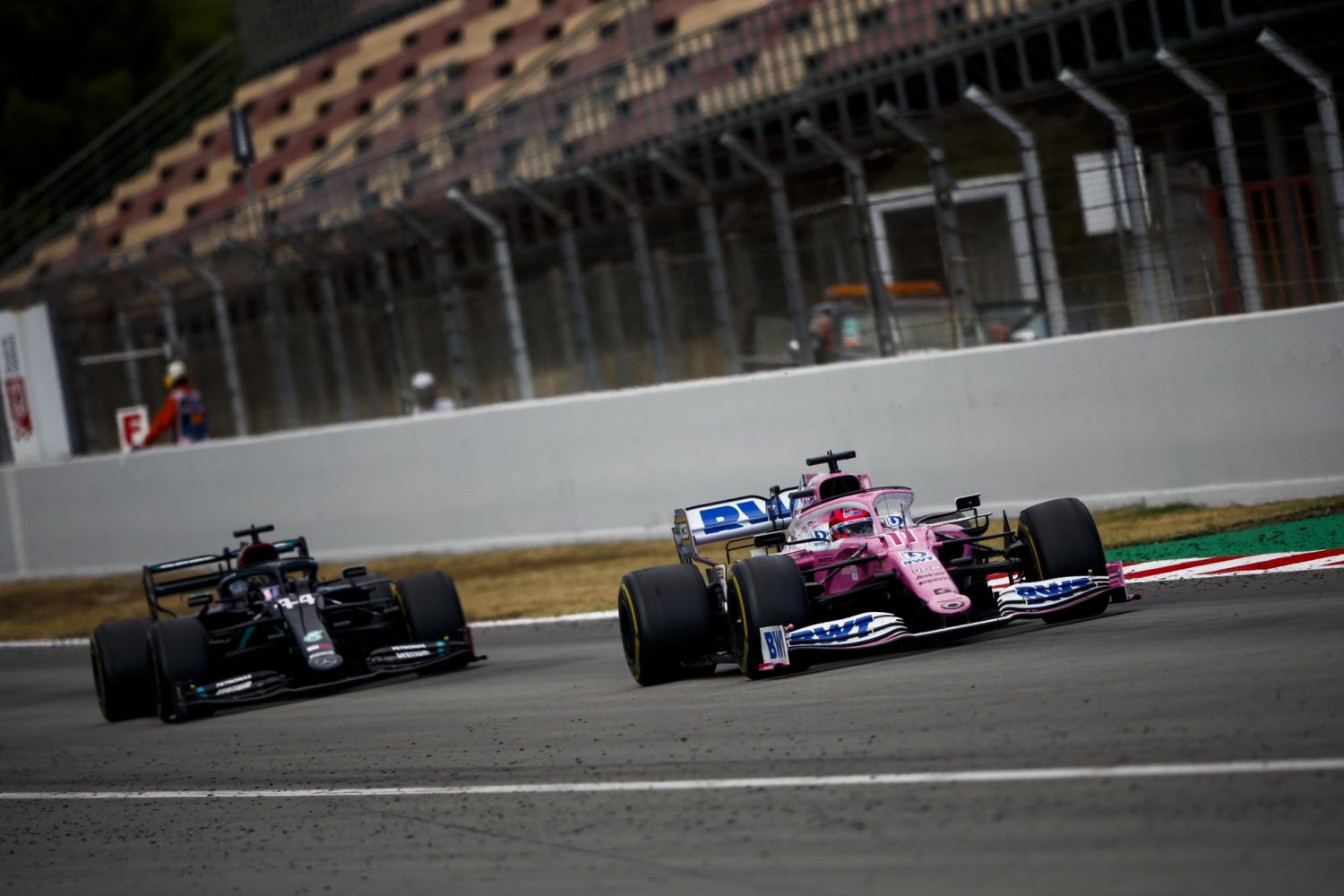 FIA race director Michael Masi says the penalties handed to Sergio Perez and Daniil Kvyat in the Spanish Grand Prix were the result of a warned "crackdown" on blue flags by the stewards decided this year.

Perez was handed a five-second penalty for ignoring the blue flags displayed at the Racing Point driver as race leader approached from behind in Barcelona's final section.

The Mexican eventually made way for the Hamilton on Barcelona's main straight, arguing after the race that the punishment was "very unfair" as he felt he had gotten out of the way of the Mercedes driver at the earliest possible opportunity.

The stewards also frowned upon Kvyat's slowness in complying with the blue flags, hitting the AlphaTauri driver with a five-second time penalty.

Commenting after the race on the offenses, Masi said that drivers were warned earlier this summer in Austria of the stewards' zero tolerance for blue flag infringements.

"Both Sergio and Dany Kvyat got a penalty for failing to obey the blue flags," Masi explained. "My view with both of those is they were effectively took way too long.

"It was something we discussed at the driver meeting following the first Austria meeting, so the Styrian GP.

"It was discussed that there would be much more of a crackdown on blue flags this year and this is the first place we’ve seen two cars in particular."

Masi recognized a driver's degree of "discretion" in judging when to get out of the way. But Perez and Kvyat both showed excessive tardiness insisted Masi.

"I think the regulations says something along the lines of you should let the other car pass at the first available opportunity and there’s a level of discretion within it to allow reasonable elements with the other cars.

"But those two were both clearly excessive and were referred to the stewards. For me they imposed the penalty of five-second time penalty for not doing so.

"It seemed to be that after that from the blue flag report I got, it was acknowledged up and down the pit lane and I got a number of managers ring to say they were really glad to see people penalised for not obeying blue flags."