Matrix 4: Predicting The REAL Title (& Why It Should Break The Rules)

The Matrix 4 is in production, but its official title has yet to be revealed. There are many options, but the film should opt for something new. 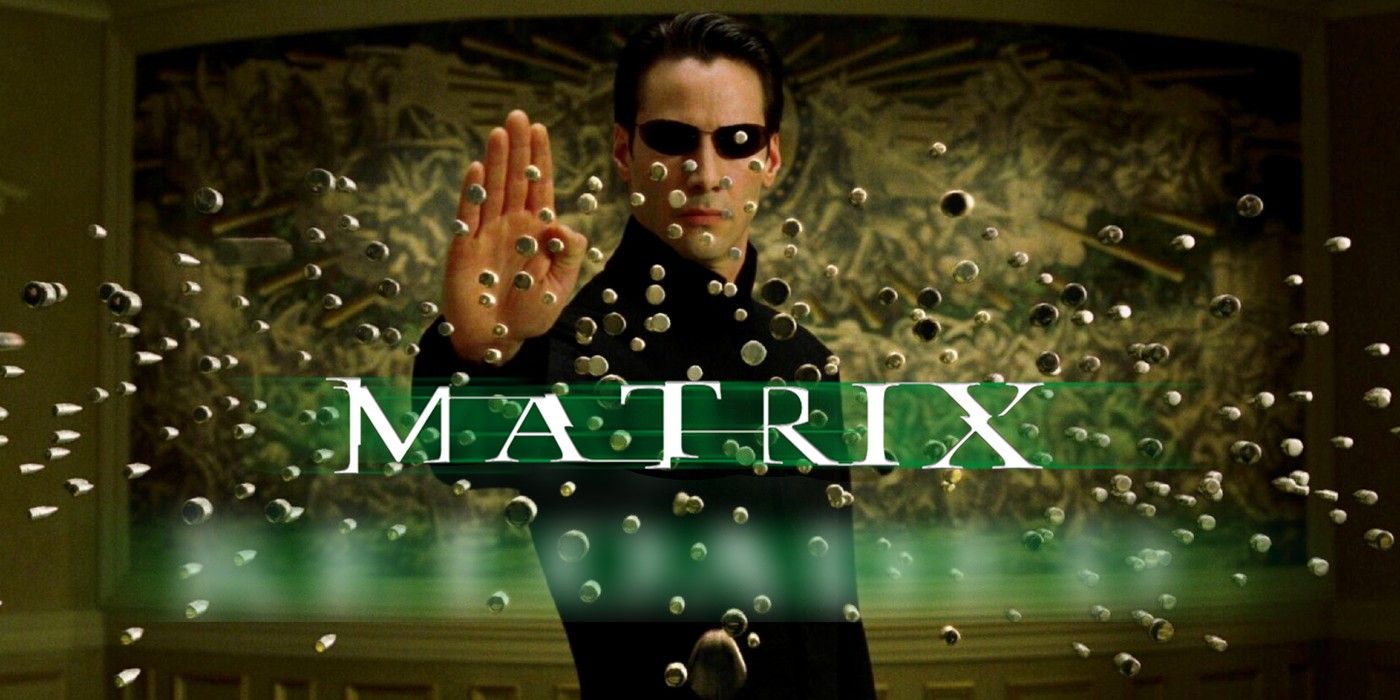 Matrix fans have many theories as to what The Matrix 4's title should be, but Neo's latest reality-warping adventure should look for something entirely fresh. The original Matrix movie was released in 1999 and immediately changed the game with its new-millennium aesthetic and philosophical approach to kung fu fun. A pair of sequels () were filmed back to back and both released in 2003 to significantly less acclaim. The Wachowskis' most famous creation has been absent from the big screen ever since, despite near-constant speculation of a return.

Those rumors were finally confirmed in 2019 with the official announcement of a fourth Matrix movie that would pick up where the original trilogy left off. Despite unavoidable delays, The Matrix 4 is currently in production and will feature Keanu Reeves reprising his leading role as Neo and Carrie-Anne Moss returning as his lover, Trinity. Other legacy characters such as The Merovingian (Lambert Wilson) and Niobe (Jada Pinkett Smith) are also slated to feature. An impressive cast of new actors have been announced to join them, including Yahya Adbul-Mateen, Neil Patrick Harris and Jessica Henwick. Fans are beginning to develop some idea of what The Matrix 4's story might entail, but one detail firmly under wraps is the film's official title.

It's highly unlikely that the fourth Matrix film will actually be called "The Matrix 4." The franchise has never employed a numbering system in their titles before; doing so now would be jarring, confusing, and come across a touch lazy. Officially, production on The Matrix 4  has been designated the not-so-secret code name of "Project Ice Cream" but unless Neo's story is going in a very different direction, this offers no clues as to the finished movie's actual title.

One popular and logical theory among Matrix fans is that The Matrix 4 could adopt the naming pattern of the previous 2 sequels, and will release under "The Matrix R..." A strong contender is The Matrix Resurrections, which would not only allude to Neo and Trinity's returns, but also reference the franchise's real-world revival in typically meta fashion. Thinking along the same lines, some have suggested The Matrix Rebooted would be a fitting title, simultaneously acknowledging the long-awaited return of the movie series and the fact that the Matrix has been rebooted in the actual story. Both options fit neatly alongside past entries and indulge in the kind of ambiguity the series is known for. Adding weight to this theory, Keanu Reeves has been spotted on-set holding a notepad with a title emblazoned on the front, and although the exact wording can't be made out, it certainly looks to be something in the "Reloaded" or "Revolutions" mold.

However, there's reason to believe The Matrix 4 could (and perhaps should) go in a completely different direction. As a title motif, "The Matrix R..." is entirely associated with the sequels, rather than the original film. Given the mostly negative reaction  received, this perhaps isn't where The Matrix 4 wants to be from a marketing perspective. Warner Bros. will want to sell the idea that the new effort is a return to form that recaptures the magic of the original movie, and going back to the title style of the lesser sequels isn't the way to get that message across. From a purely artistic perspective, the Matrix sequels were filmed back to back and released the same year, so their closely related titles make sense. A soft reboot released nearly 2 decades later should surely adopt a different approach.

If The Matrix 4 isn't going to use standard numbering or the pattern set by the first 2 sequels, the natural option would be to employ a more standard, longer subtitle, similar to Spider-Man: Far From Home or Transformers: Revenge of the Fallen. Something along the lines of The Matrix: Legacy of the One, while admittedly a horribly generic example, would clearly signify that the fourth movie was a continuation of the story, but also move the new film away from the sequels and herald the start of a fresh chapter. This style of titling would also make naming any further sequels far easier. There are only so many appropriate words beginning with "R" that could be tacked onto the end of "The Matrix," so an entirely new format would prove useful if Warner Bros. are planning for the franchise to continue.

More: Matrix 4 Should Bring Back The Original Movie's Gender-Switching Idea