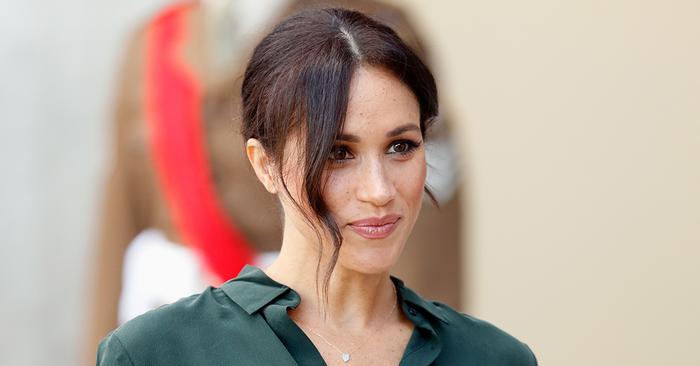 As the nation's focus shifted solely to the murder of George Floyd, and the protests across the country and the Black Lives Matter movement as a result, one prominent voice that the world has been waiting to hear from is Meghan Markle's. As an activist who has dealt with racism herself, Markle's voice was sure to make an impact, and it certainly has.

Today, a video was released of Markle addressing the graduating class of the high school that she attended, the Immaculate Heart High School in Los Angeles, in which she gave an emotional speech addressing the appalling killing of Floyd and so many Black men and women before him, many of whom Markle named in the speech. Addressing her silence thus far in the matter, Markle started by saying, "I wasn’t sure what I could say to you. I wanted to say the right thing, and I was really nervous that it would get picked apart. And I realized the only wrong thing to say is to say nothing." Hear the impassioned words that followed that statement below.

Here is a list of anti-racist actions that you can take today, as well as Black-owned fashion and beauty brands to support.

Here's How to Wear a Comfy, Giant T-Shirt and Still Look...

16 Cute Bikinis That We're Eyeing After Weeks of Research