Melanie C joins the Billboard Pop Shop Podcast to discuss her latest single “Into You” and why it was the right single to release right now, how an “epiphany” during the Spice Girls tour in 2019 led to her new self-titled album and what upcoming plans the Spice Girls may have to commemorate this year’s… 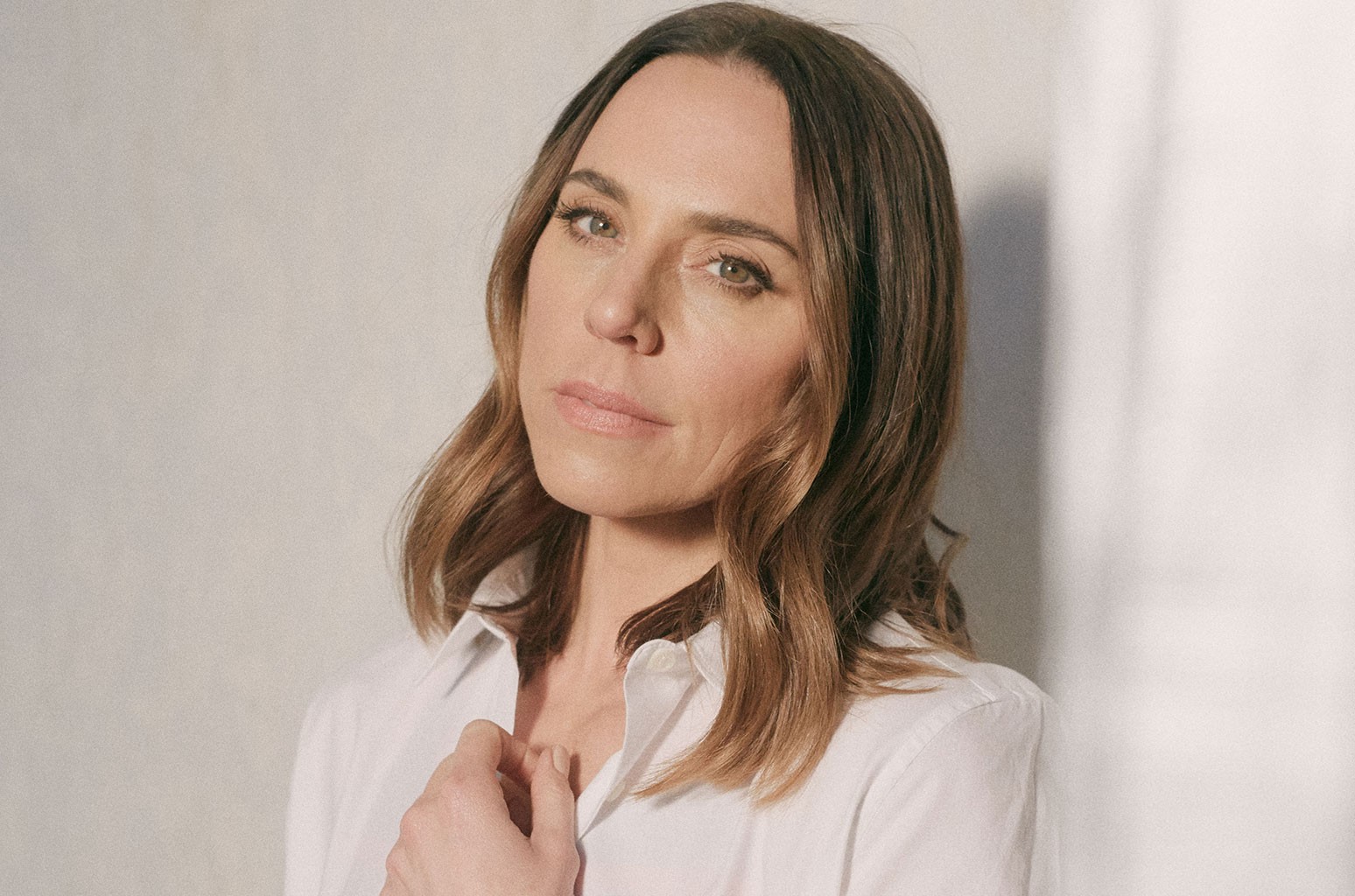 “The fans wanted it,” Melanie C says of her latest single, the dance track “Into You.” “It was never planned to be a single,” but after a lot of fan chatter on social media, she and her team thought, “You know what? It’s a gloomy January. … Let’s get a dance banger out there and put a really fun video to go with it.”

“Into You” is from the deluxe 2-CD edition of Melanie C’s recently released self-titled album, and it’s also the title track of a stand-alone EP at digital retailers. Upon the self-titled album’s release last fall, it become her first top 10-charting effort in more than 15 years on the Official U.K. Albums chart, debuting and peaking at No. 8.

Though the singer-songwriter — who is also a member of the titanic pop group Spice Girls — has, like everyone, been forced to rethink how she connects with fans to her new music in the age of COVID-19. While she may not be able to take to the concert stage in front of a live crowd at the moment, she tells the Billboard Pop Shop Podcast, “I’m going to continue to be creative. I found that it’s a great time to really be giving to fans. I think it’s a time when we need each other. It’s something we are living through, this shared experience.” (Listen to her full interview, below.)

On the Pop Shop, Melanie C discusses what “epiphany” during the 2019 Spice Girls tour led to her new album, what celebrations may or may not be planned to commemorate the 25th anniversary of the U.K. release of “Wannabe” and Spice in 2021, if there is new music in the Spice Girls’ future. Plus, the Pop Shop poses this burning question to Melanie C: If she could assemble her dream girl group, among all female artists from the past and present, who would be in the group? Her answers may surprise you! (Here’s a hint: The five women she selects collectively have careers that span from the 1960s through the present day, and all either had at least one No. 1 album on the Billboard 200 or a No. 1 single on the Billboard Hot 100. Who’d she pick? You’ll have to listen to the show to find out!)

Below are some highlights from Melanie C’s interview on the Pop Shop Podcast:

You recently released the music video for your latest single “Into You.” The track is from the deluxe edition of your new self-titled eighth album, and it’s a dance banger, is what it is. So, why was this track the right single for right now do you think?

Well, thank you so much. I’m happy to hear it referred to as a banger — always a good thing. But you know, this record, I mean, it’s been crazy, ’cause I had so many plans for the record. I wanted to make a dance-inspired pop album. I’d been DJing for a few years, so I’d really fallen back in love with dance music. And I was so excited, not only to release it and release videos, but to get out and to do it live and to travel all over the world. Of course, not all of that is possible right now. But I found that releasing it during the pandemic has been really a good thing. I think people have enjoyed to be entertained and to be distracted from other things, and it’s made me really motivated to create this content.

And, as you say, this song is from deluxe version [of my album]. It was never planned to be a single. But it was just on all the forums, all over the social media platforms, the fans wanted it, they loved it. So we thought, hey, you know what? It’s a gloomy January here in the U.K. and across Europe. Let’s get a dance banger out there and put a really fun video to go with it.

You’ve said the album is all about self-acceptance. Did you go into the making of the album kind of with that mind-set — that intention? Or did the direction of the album find its way to you as you were writing it?

Personally for me, I might have a thread of an idea, but it really kind of evolves at its own pace. I’d had some writing sessions and it was taking some shape. And then I went into rehearsals with the Spice Girls, and we did stadium shows in 2019, and that was a real moment for me. A moment to really reflect on everything that had happened to me. Not only in my career, in my personal life, all these different times. And that’s really… It was almost like an epiphany, you know? I kind of realized that. I had to embrace everything that I’d done. I kind of think I had Sporty in one part of my brain and my body and Melanie C in another. And then I realized that, you know what? I’m both, all the time. Not one sometimes and the other, other times. So it was just a really nice thing to realize and to just embrace every aspect of myself.

Oh man. I mean, things in Europe, especially in the U.K., are pretty bad. There’s no good news for us right now. So, I’m keeping everything crossed. We’re constantly monitoring the situation. I hope and pray they happen in the Spring. I don’t know whether they will. But as soon as we can. As soon as I can get back out there. I think all artists have had to rethink everything right now. So many industries have had to think about things differently, haven’t they? For me, I’m going to continue to be creative. I’ve found that it’s a great time to really be giving to fans. I think it’s a time when we need each other. It’s something we are living through, this shared experience. And I want to keep making music and getting stuff out there. If I can’t be there in person, I at least want to be there online.

Editor’s Note: This interview was conducted before Melanie C released this statement via social media about her upcoming tour dates — “I’m sure it’s no surprise to most of you, but it’s with great regret that I have to announce my tour is postponed again, due to Covid-19. The new dates are now in January / February 2022. It’s a huge disappointment to me, my team and many, many of you, but there’s nothing we can do. I’m sure you all understand. Please stay safe and let’s get through this horrible time as best we can and as quickly as we can.”

2021 marks the 25th anniversary of the U.K. release of the Spice Girls’ first single “Wannabe” and the first album Spice. … Are there any plans in the works to commemorate that big anniversary?

Oh my goodness. Of course, it’s high on the agenda for us girls. I mean, since we did the tour in 2019, I have just been like, ‘more shows, more shows!’ And, you know, obviously that isn’t something that’s gonna happen this year, sadly. So, again, a big old rethink. And, you know, we listen to the fans. An incredible international fan base that have supported us throughout our careers. So, we are working on some ideas. I can’t give too much away… but we definitely wanna celebrate and really acknowledge 25 years. It’s insane. We’re so proud of our legacy. So we do want to celebrate it in the best way that we can.

Has there been any talk at all of doing new [Spice Girls] music in general? Or is that kind of on the back burner? Is that even a topic?

You know what, I think, when we talk about new music, we feel very nervous. Because obviously we had such great success, and we have such a great back catalog. And we wouldn’t want to force anything. And we wouldn’t want to do anything that wasn’t good enough, you know? So we’ve always said if an opportunity came up and we felt… it was quite organic that it happens, then we would do it. But we kind of don’t wanna force it.

Also on the show, Pop Shoppers Katie and Keith chat about how Why Don’t We nabs its highest-charting album yet on the Billboard 200 with their latest release and why Ariana Grande’s “34+35” surges to a new peak of No. 2 on the Billboard Hot 100. Plus, following their performances during the Celebrating America special on Jan. 20, Tyler Hubbard and Tim McGraw’s “Undivided” and Ant Clemons’ “Better Days,” featuring Justin Timberlake both debut on the Hot 100.

The  is your one-stop shop for all things pop on Billboard’s weekly charts. You can always count on a lively discussion about the latest pop news, fun chart stats and stories, new music, and guest interviews with music stars and folks from the world of pop. Casual pop fans and chart junkies can hear Billboard’s deputy editor, digital, Katie Atkinson and senior director of Billboard charts Keith Caulfield every week on the podcast, which can be streamed on Billboard.com or  or your favorite podcast provider. ( on Billboard.com.)

Listen to This! LTW Favourites Skyfever Are Back With New...