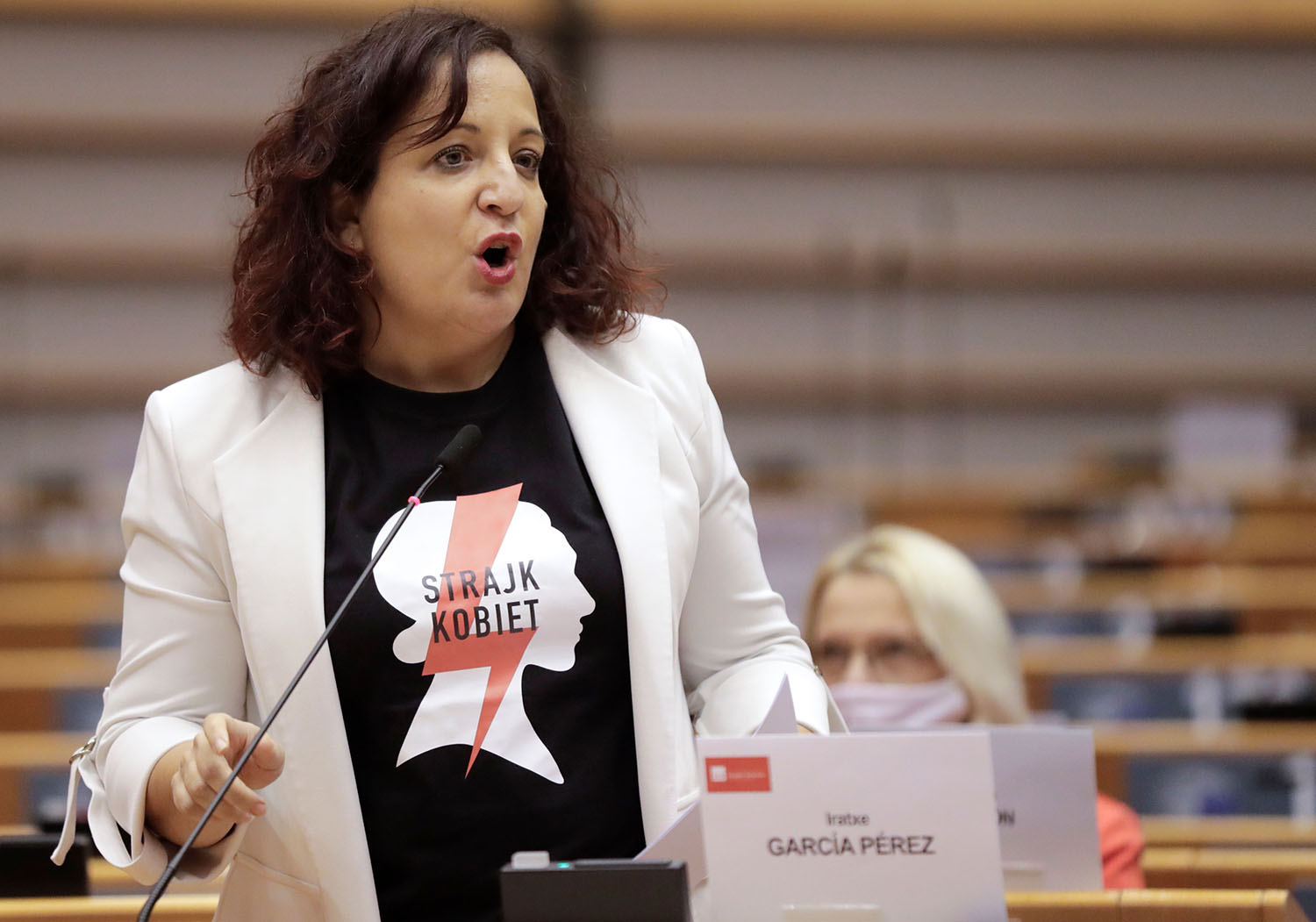 The European Parliament on Thursday overwhelmingly adopted a resolution that “strongly condemns” Poland’s recent tightening of abortion rules and urges the government to “refrain from any further attempts” to restrict women’s sexual and reproductive health rights.

A total of 455 MEPs voted in favor of the resolution (with 145 against) “on the de-facto ban on the right to abortion in Poland,” weeks after millions of protesters took to the streets to protest a ruling from the country’s Constitutional Tribunal that abortions for reasons of fetal abnormality violate the Polish constitution.

Thursday’s resolution is non-binding, but MEPs want to put additional pressure on the Polish government, which is already subject to four EU infringement procedures and an Article 7 procedure for passing reforms that undermine the independence of the judiciary.

The resolution noted that the Polish ruling “puts women’s health and life at risk” and “fails to protect the inherent and inalienable dignity of women.” It “strongly urges the Polish parliament and authorities to refrain from any further attempts to restrict girls’ and women’s Sexual and Reproductive Health Rights.”

It also describes the denial of women’s reproductive rights as “gender-based violence,” points to the “up to 30,000 Polish women” who fled the country to get an abortion, the “fear and pressure” put forward by medical authorities who “prefer not to be associated with abortion procedures,” and the “highly restricted” access to gynaecological care.

Poland already has one of the most restrictive abortion laws in Europe.

Austrian village of Fucking to be renamed Fugging