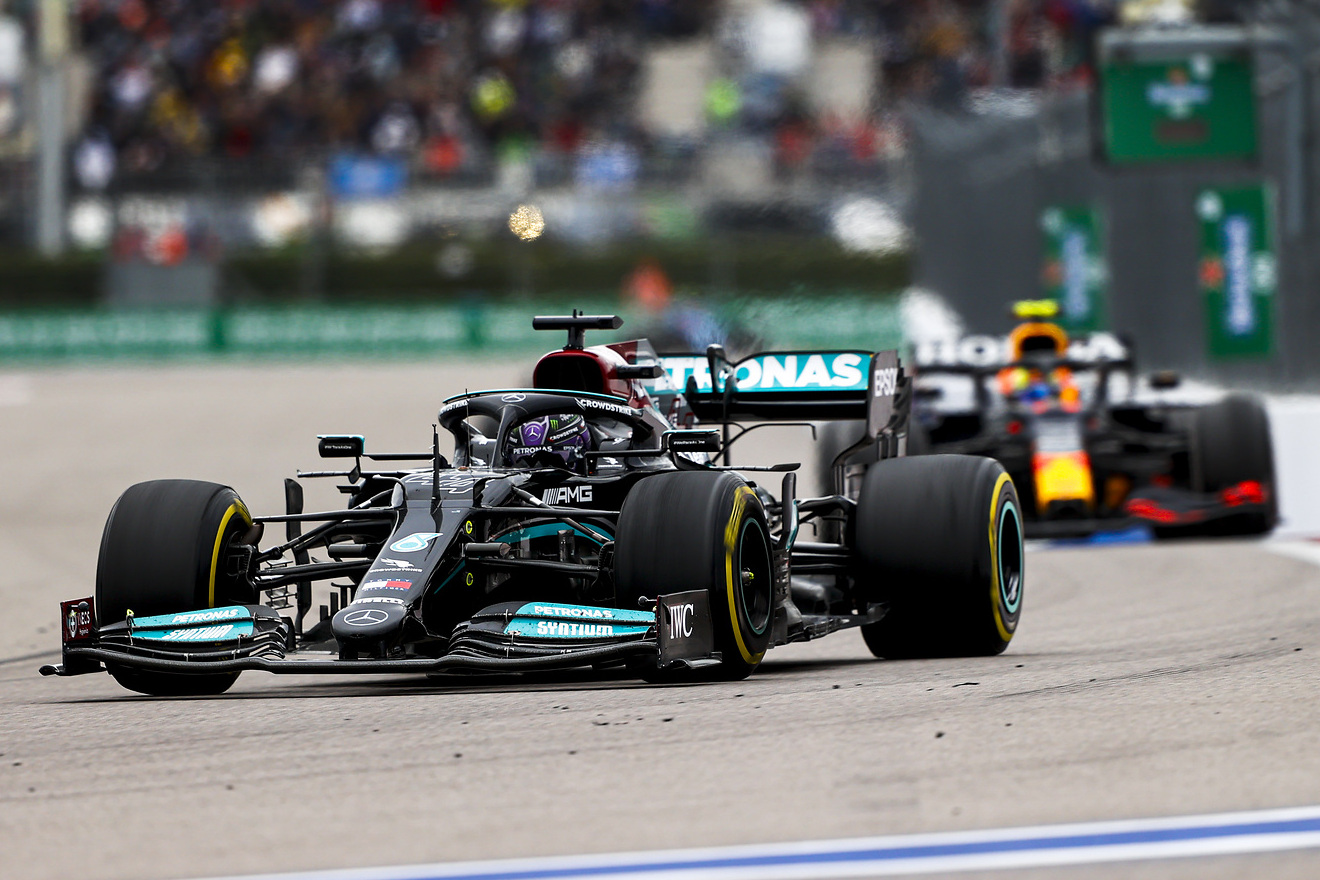 Toto Wolff says Mercedes will continue to follow a "really aggressive" approach to its title fight with Red Bull as neither team is maximizing its points scoring.

Lewis Hamilton scored his 100th F1 win in Sochi, a feat that allowed the Briton to recapture the lead from archrival Max Verstappen in the Drivers' standings.

But the Dutchman's remarkable run in Russia from last on the grid to second at the checkered flag means that Hamilton only enjoys a two-point advantage in the championship ahead of F1's next round of racing next week in Turkey.

While Mercedes' edge over Red Bull in the Constructors' standings extended to 33 points after Sochi, Wolff admitted that the fine margins and the ebb and flow between the two teams will force the Brackley squad to keep on pulling out all the stops at each race in the back half of the 2021 season.

"In a way, we're not maximising our points scoring, and the same today," Wolff said after Sunday's race.

"I think quali was all decisive. Valtteri going back [after an engine penalty] we knew was difficult, and we ended up with a first and fifth, and that is very good, no doubt about that, and it's Lewis's 100th victory.

"But Max recovered in a spectacular form, and that is not good for the championship.

"So, in a nutshell, we just need to continue to be really aggressive in how we approach this season, not be defensive, but just move forward, in order to score these big points

"Because neither us nor the others are really good in maximising the points at the moment."

On paper, Monza and Sochi were seen as indisputable strongholds for the Mercedes team. But Wolff insists that this year's regulation changes have rendered futile projections based on past statistics.

"I stopped trying to anticipate whether it's historically a strong race for us, because everything with the new regulations, everything changes, so has changed so much," explained the Mercedes boss.

"Definitely, we knew that Monza and Sochi would be coming more towards us. And the reality is we are where we are, and this is the points gap and I doubt that any of the two teams will make massive swings up or down.

"It's just about, really, to continue to do the best possible job." 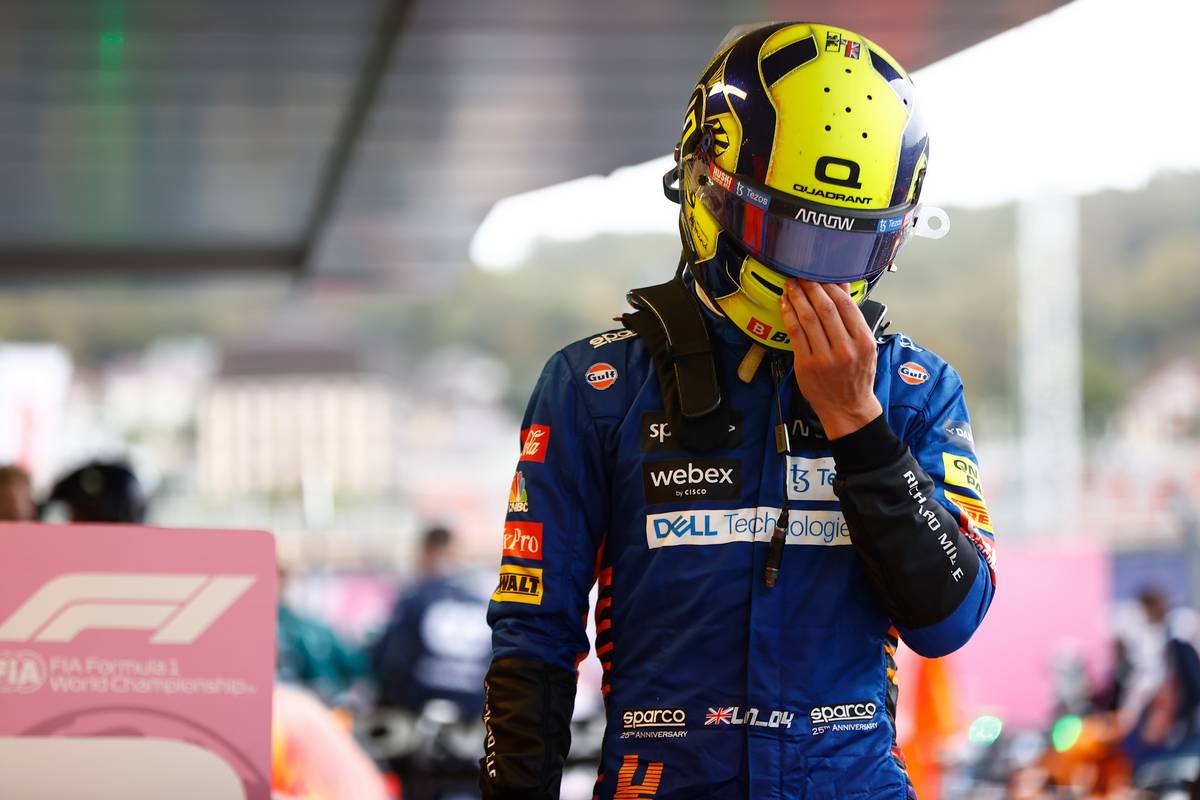 Charles Leclerc suggests Lando Norris will have last Sochi on Sunday feeling  "very guilty" after making the wrong strategy call while leading the Russian Grand Prix but insists the McLaren driver will learn from the costly mistake.

Norris had held an authoritative lead since lap 13 and looked set to fend off Lewis Hamilton until a rain shower wreaked havoc on the Briton's race with just a handful of laps to go.

As teams and drivers pondered whether to switch to intermediate tyres amid the worsening conditions, Norris made the call to stay out while Hamilton made the opposite move and pitted.

The McLaren driver's decision proved costly as the downpour intensified and forced those who had remained on slick tyres - including the McLaren driver - to head for the pits.

Norris rejoined proceedings well down the order to salvage a meager seventh-place finish, having missed a golden opportunity to score his maiden Grand Prix win.

"I can imagine what he’s feeling because also he’s part of the decision process in those type of situations and he might feel very, very guilty," commented a compassionate Leclerc.

"But he’s an amazing driver. I think he has shown it very often this season. He has had a very strong season and I’m sure he will he will learn from it.

"It’s just a matter of time before his first win. I don’t think he should feel so down after the race he has done."

Norris' good friend George Russell - who knows what it feels like to lose a maiden win to bad luck or circumstances, having come close to glory in Bahrain last year during his one-off with Mercedes – echoed Leclerc's sentiment, and agreed with the Monegasque that a win is on the horizon for Norris.

"It's every driver's worst nightmare, to be leading a race, and you start seeing rain on your visor," Russell said.

"I've been there. It definitely hurts, but he'll recover. I guess you try and take positives from it, and he'll have a victory sooner or later."