Mercedes was spared in Barcelona the tyre blistering issues that dogged its previous race at Silverstone, but chief... The post Mercedes: 'Unlikely' tyre problems have been fixed appeared first on F1i.com. 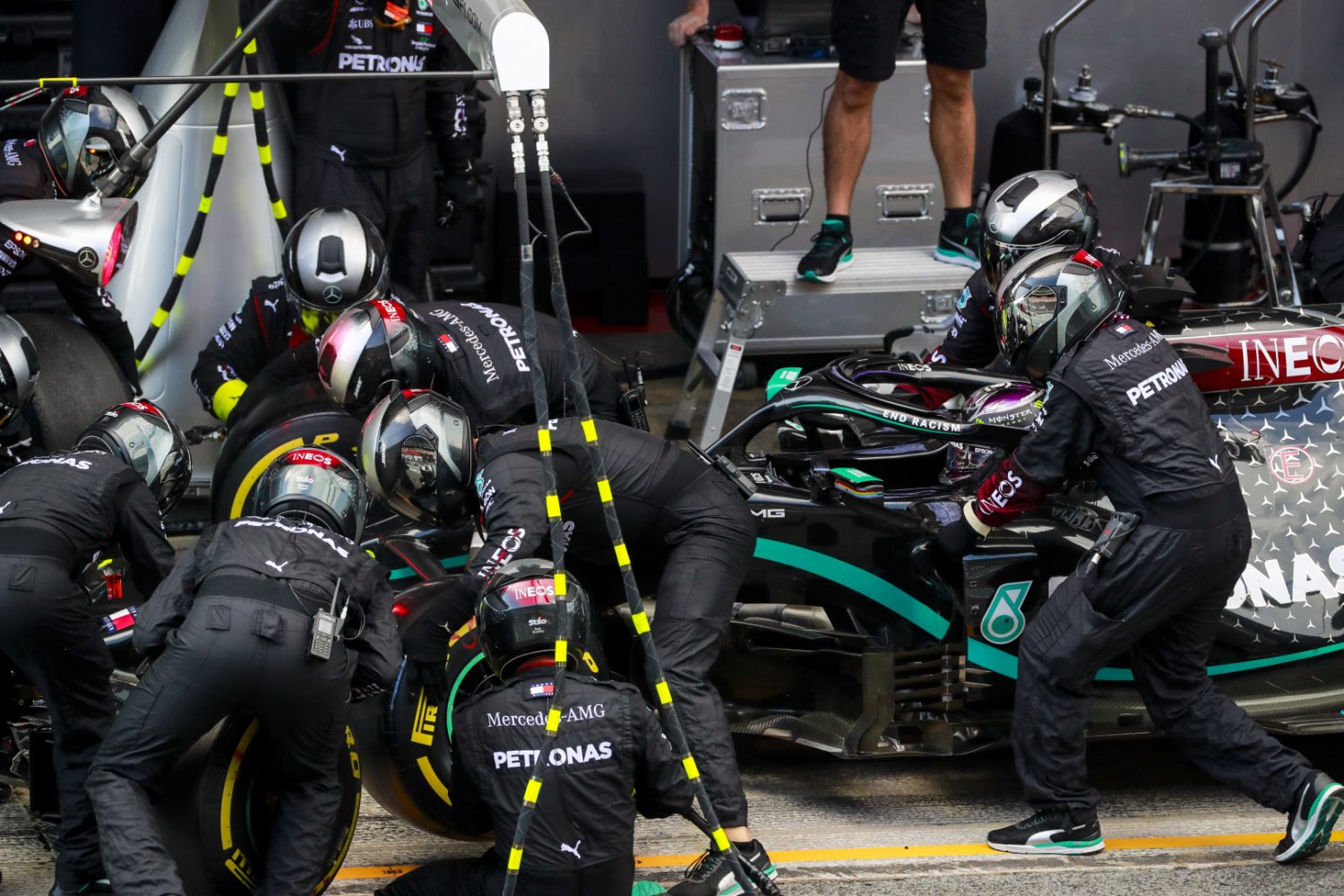 Mercedes was spared in Barcelona the tyre blistering issues that dogged its previous race at Silverstone, but chief strategist James Vowles warns the problem is "unlikely" to have been permanently solved.

Mercedes was out-strategised and outpaced by Red Bull and Max Verstappen in F1's 70th Anniversary Grand Prix, in which Lewis Hamilton and Valtteri Bottas struggled with tyre wear at the high-speed Northamptonshire track.

There were no such troubles at the Circuit de Catalunya last weekend where Hamilton resumed his winning ways, a victory achieved in part thanks to the fundamental work conducted by Mercedes as it addressed its tyre woes.

"Clearly following Silverstone, there was a lot of focus on the tyre, the tyre management and the overheating that we experienced during the course of that race, including the blistering," Vowles explained in Mercedes race debrief on YouTube.

"We had but a few days to get on top of this, and clearly you are not going to change the car dramatically between those two events."

While Mercedes was confident its hard work would alleviate its concerns, validating its changes on a different layout could still have sprung a few negative surprises.

"Barcelona is slightly different, it’s a higher downforce track, we run a bigger wing than we do at Silverstone, but other than that you are not going to fundamentally change the design of the car," added Vowles.

"So, you work with what you have, which is set-up and management.

"We highlighted that there were a few areas where we weren’t quite optimum at Silverstone if we had to go back there, but the problem is, without racing at the same circuit and the same conditions, you can’t validate that. 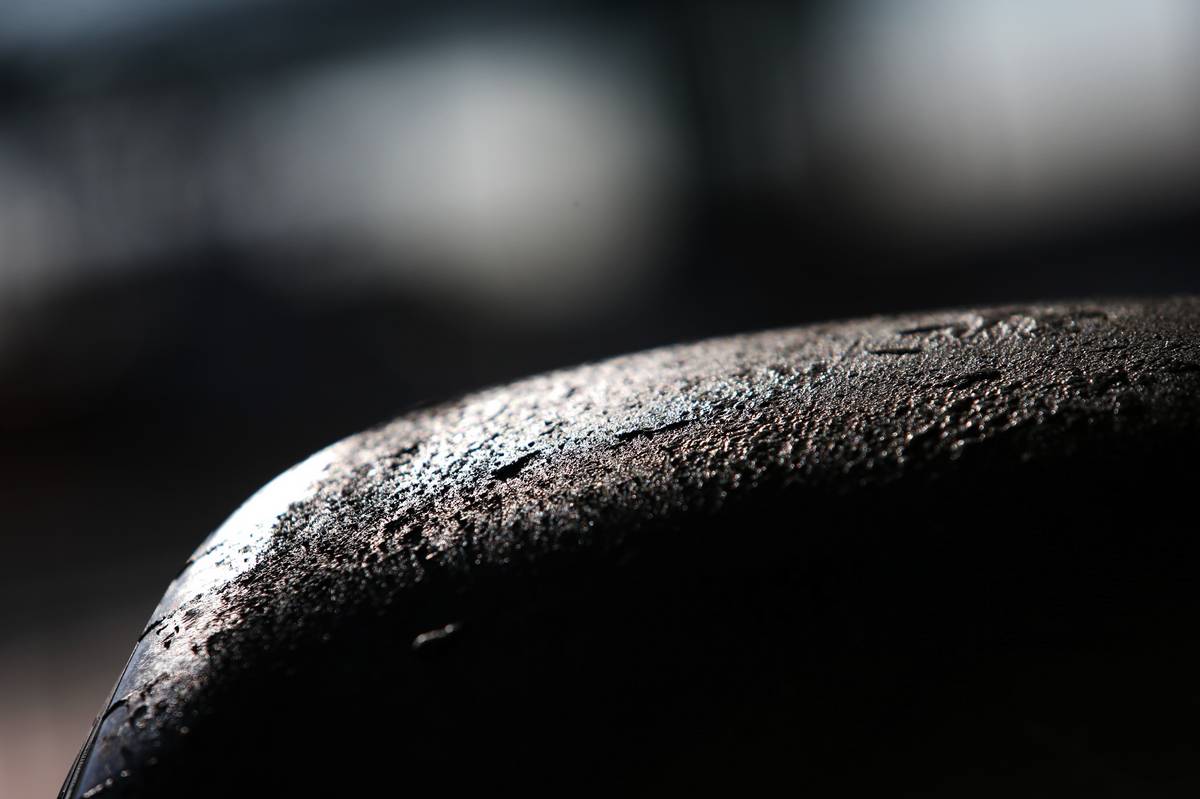 "I’m happy to say that the incredible work that was done over those, really just a few, days really paid off during the course of the race.

"We were managing the tyres, as was Verstappen, but when we needed a bit of performance it was there and available. And Lewis was just able to eke out a tenth at a time at the key points in the race.

"And really, it paid dividends. For Valtteri, the car that was following the other two in the dirty air for most of the race, and that’s what makes overheating even worse, he was able to really bring it home, scythe through traffic, and even get just about within undercut range of Verstappen.

"That’s an incredible change of where we were just seven days before."

"Now, the reality is, are the problems fixed? It’s unlikely. The situation that happened at Silverstone is different to what we had in Barcelona.

"We have to keep learning; we have to keep improving. But what I’m happy to report is that the conditions we had in Barcelona were some of the most difficult this year.

"It was as warm, it was as sweltering on track and the reality behind that is, we performed well in those conditions, and we need to keep improving and moving forward."

The post Mercedes: 'Unlikely' tyre problems have been fixed appeared first on F1i.com. 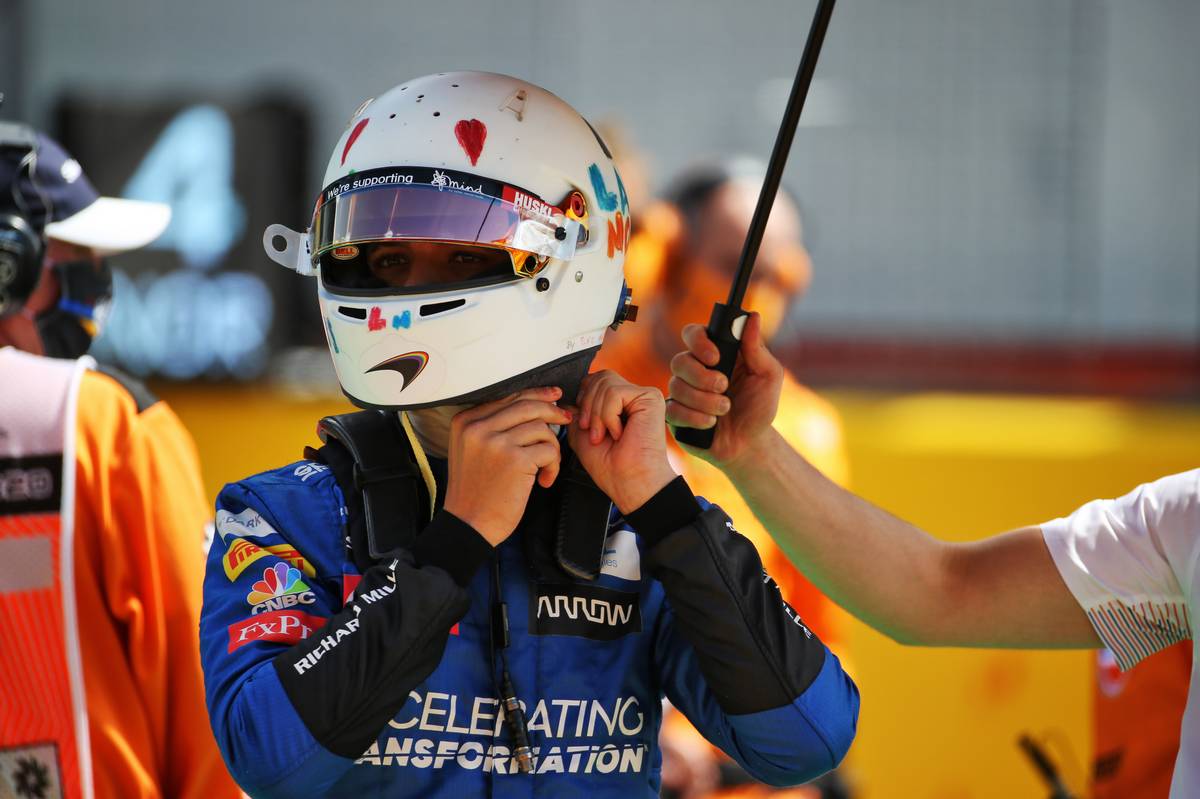 Lando Norris superfan Eva Muttram had a special delivery at her home on Thursday, a precious item sent by her favourite F1 driver.

In early January, Norris announced a competition in which he encouraged fans to design his helmet for his home British Grand Prix.

The McLaren driver spent hours sifting through the many sophisticated and flashy motifs and schemes, but ultimately selected perhaps the most minimal design, one that went straight to the young racer's heart.

Norris set his sights on Eva's creative efforts, a colorful and fun livery concocted by the six-year-old fan.

Today, the special British GP helmet sits proudly on the Briton's shelve at his home among a collection of lids worn by the F1 driver throughout his motorsport career.

Norris posted a special message for Eva on social media in which he praised once again her creative work before instructing her to open a parcel from 'Bell Helmets' containing, you guessed it, a second prized 'Eva' helmet! One that she will likely cherish forever.

Check out the 'special delivery for Eva' video posted on Twitter by Norris.

The post Superfan Eva gets a special delivery from Lando Norris! appeared first on F1i.com.

Ricciardo tells rivals not to expect an 'old' Alonso in...

Hamilton opens up on 'great partnership' with physio Angela...