A source close to … The post Messi charmed by ‘historic Man Utd’ and prospect of London move appeared first on Football365. 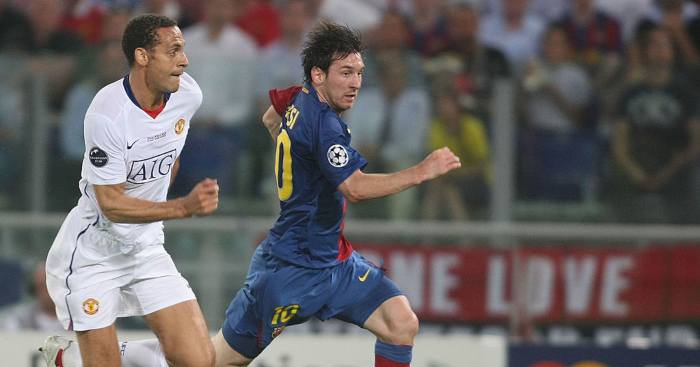 A source reportedly close to Lionel Messi has admitted surprise at reports claiming Manchester City are close to completing the stunning signing of the Barcelona legend.

The City Football group are said to have agreed a five-year deal with Messi worth €700m which will see him play for City for three seasons before finishing his career in the MLS with New York City.

Jorge Messi – Lionel’s agent and father – is currently holding talks with Barcelona as he attempts to negotiate his exit from the Nou Camp.

The Messis are arguing that Barcelona should allow the 33-year-old to leave as was stipulated in his contract.

The club disagree as Messi’s decision was made in August due to the extension of the season due to the coronavirus pandemic.

A source told The Athletic that a proposed move to Manchester City has come as a shock considering Messi and Pep Guardiola’s relationship began to deteriorate before the Spanish manager’s exit from Catalonia.

Furthermore, The source claimed Messi was charmed by “historic English clubs such as Manchester United” – and even talked about moving to London with former teammate Cesc Fabregas.

“I always had the feeling he wanted an experience abroad,” the source added. “Even more of a surprise than City is that he would go back to working with Pep.

“The relationship after so many intense seasons at Barcelona with Guardiola was not the best with the players.

“This was not Leo in particular. Leo and Pep did not have direct problems but the last season was not the best and the relationship between players and manager became very tired.

“Go and look at the players Guardiola has signed at Bayern and City. You won’t find many he coached at Barca.

“The relationship between Guardiola and the players was broken by the end. However, time heals. Messi is not stupid.

“He knows his best moment was with Guardiola on the bench, so maybe he thinks he needs this guy to get the best of him.”