The Argentina superstar has … The post Messi’s future at Barcelona ‘difficult’, says father and agent appeared first on Football365. 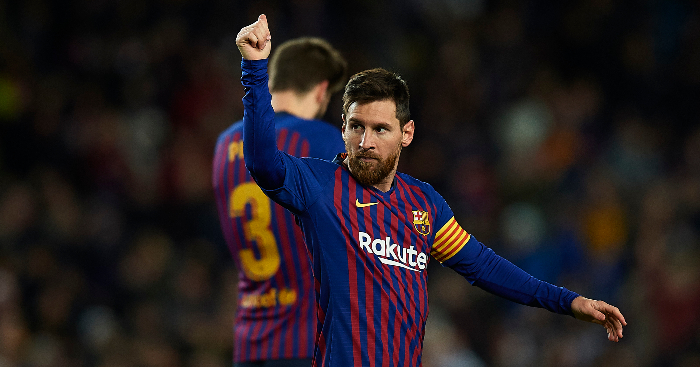 Lionel Messi’s father has claimed it will be “difficult” for the forward to remain with Barcelona.

Messi informed the club last month that he wished to leave in the wake of their , claiming a clause in his contract would allow him to walk away for free.

That has been disputed by Barca, who on Wednesday were set for talks with Messi’s father Jorge after he arrived in Spain.

When asked what he thought about the possibility of his son staying, Jorge Messi was quoted as telling TV station Cuatro it would be “difficult”, and subsequently repeated the word when asked “how do you see his future at Barcelona?”

The 33-year-old Argentina international has been linked with Manchester City, and when asked whether the Premier League club was a good option, Jorge Messi said: “I don’t know. There’s nothing yet.”

He added that he had not spoken to City boss Pep Guardiola, saying: “No. (I didn’t talk) to anyone.”

It is believed the clause the six-time Ballon d’Or winner is attempting to activate expired earlier in the year but that he feels – because the season was extended following the coronavirus pandemic – the expiration date should also be adjusted accordingly.

Barcelona disagree and were backed by LaLiga on Sunday, hours after Messi failed to show up for his scheduled Covid-19 test which would have allowed him to start pre-season training with new head coach Ronald Koeman the following day.

, has said the player and club need to come to a “reasonable agreement” over his future.

“We need the two parties to sit down and discuss to ensure that whatever transition needs to happen,” Font told talkSPORT.

“I’m truly hoping reason prevails and as soon as the club and Messi’s father sit down and talk, that the interest of both Messi and Barca will be taken into account and properly protected.

“What I believe is very important is that a reasonable agreement is reached, so that we protect the interests of the club going forward.

“The damage this is doing to Barcelona is quite phenomenal. That’s why we insist in the relevance of managing this properly because it can still be contained.”

Regarding City and Guardiola, Messi’s former boss at Barca, Font added: “What is clear is the priority for Messi is to play in a team that can compete for the top silverware worldwide and in Europe.

“He wants to win more Champions Leagues and obviously Manchester City and Pep are top candidates.”