The Red Devils made … The post Meulensteen: Man Utd are one signing away from title tilt appeared first on Football365. 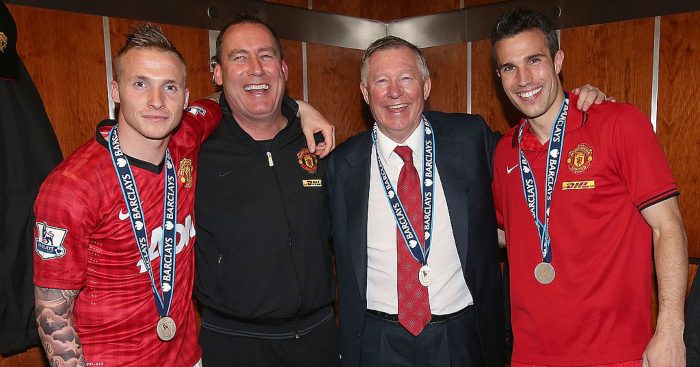 Rene Meulensteen thinks Man Utd are only one signing away from challenging from the Premier League title.

The Red Devils made huge progress in the second half of last season as they shot up the table to finish in third position, thanks in part to the January arrival of Bruno Fernandes.

Ole Gunnar Solskjaer and Meulensteen reckons Man Utd are now one striker signing short of challenging the likes of Manchester City and Liverpool at the top.

Speaking to , Meulensteen said: “Obviously, there was a big, big gap there last year. And I think the gap started sort of in the early part of the season.

“What is vitally important is that Manchester United are going to have a really good start to the season so they don’t lose any ground, they are in there and they keep competing.

“Because that will grow the belief. I think we are maybe another good signing away; I keep saying they should bring in a really top, top striker.

“I think, for instance, if you were able to get Harry Kane – I don’t think they would be able to get him – I would say yes, they will compete for the title next year.”

There was a suggestion from Danny Murphy that Paul Pogba will leave Old Trafford now Van de Beek has arrived but Meulensteen is unsure.

“I can see where Danny is coming from, in terms of playing basically three attacking-minded midfield players in one midfield,” Meulensteen added.

“In certain games, you can get away with it because good footballers will always find a way to play with each other.

“But if you come up against stronger opposition, then they will leave themselves short defensively because they are all not really defensive-minded players. I can see where Danny comes from, so to insinuate does that mean Paul Pogba is gone? I’m not too sure.

“I think there has been so many speculations over the past two seasons, when it came to the end of last season it became a bit more obvious that Ole made it clear he wanted to keep Pogba. I’m not too sure whether he will go.”

The post Meulensteen: Man Utd are one signing away from title tilt appeared first on Football365.