Michael B. Jordan Open To Killmonger Return For ‘Black Panther 2’

Will Killmonger return? The post Michael B. Jordan Open To Killmonger Return For ‘Black Panther 2’ appeared first on Heroic Hollywood. 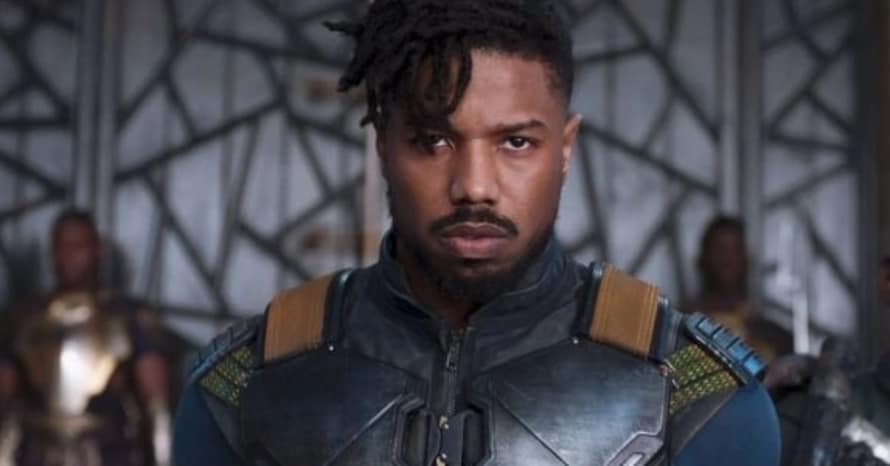 Michael B Jordan recently shared that he’s open to a return to the world of Wakanda for the upcoming Black Panther sequel as Erik Killmonger despite his character’s death in the first film.

The future of the Black Panther franchise is uncertain with the tragic passing of Chadwick Boseman. However, Ryan Coogler is reportedly moving forward with the sequel still planning on filming this summer. Kevin Feige has also shared that they will not recast T’Challa after Boseman’s death. One direction Marvel Studios could go in for Black Panther 2 is bringing Michael B Jordan back in some capacity as Killmonger.

Killmonger is considered one of the best villains in the Marvel Cinematic Universe, and a Michael B Jordan return could fill in the void of not having Chadwick Boseman’s T’Challa in the Black Panther sequel. It’s also not unheard of for a Marvel villain to return after their death, and Jordan has a close working relationship with director Ryan Coogler. In a recent interview with People, Jordan shared that he is open to the idea of returning to Wakanda:

“That’s something that is very, very near and dear to my heart for a lot of obvious reasons. [I] had a really tough year losing somebody close to me. And what that means for that franchise is it was devastating. But being in that world in a character that I loved playing, and working with [writer/director Ryan Coogler] and all that good stuff, it’s family. We created a family over there. So to be able to be in that world again is something that, I think, will always be on the table in some capacity.”

Do you want to see Michael B Jordan return as Killmonger? Do you think he could take on a different role? Sound-off in the comments section below!

Here is the synopsis for Black Panther:

After the death of his father, the king of Wakanda, young T’Challa returns home to the isolated high-tech African nation to succeed to the throne and take his rightful place as king. But when a powerful enemy reappears, T’Challa’s mettle as king – and Black Panther – is tested when he’s drawn into a formidable conflict that puts the fate of Wakanda and the entire world at risk. Faced with treachery and danger, he must release the full power of Black Panther to defeat his foes and secure the safety of his people and their way of life.

Stay tuned to Heroic Hollywood for all the latest news on the future of the Black Panther franchise, and subscribe to our YouTube channel for more content!

Animated ‘Game Of Thrones’ Series In The Works For HBO Max