Mind the gap: The coronavirus pandemic has changed the college game

Few corners of college athletics have gone untouched by COVID-19. The trickle-down reaches even high school students, whose (...) 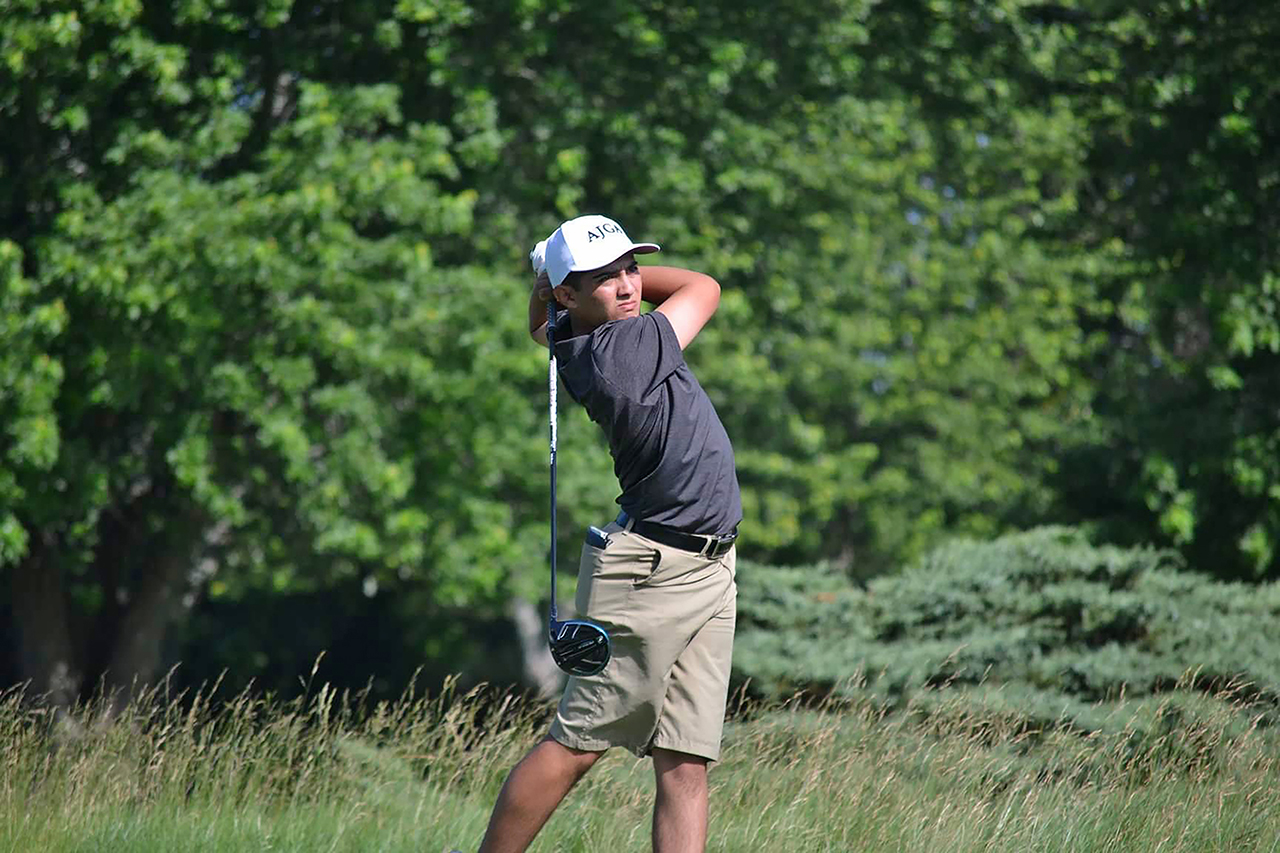 Few corners of college athletics have gone untouched by COVID-19. The trickle-down reaches even high school students, whose college-selection process has been upended in every way imaginable, from a recruiting dead period that continues to be extended to roster spots unexpectedly filled by fifth-year seniors to uncertainty regarding which teams are competing amid the pandemic.

During a recruiting dead period, a college coach is not allowed face-to-face contact with a prospective athlete or his or her parents. Coaches also can’t be on-site at a tournament.

This is the situation in which Division I college golf coaches have found themselves since April. It remains this way until at least April 15, 2021, which can make it difficult for a coach to see the complete picture of a player’s game.

Archer decided last year as a high school junior that he’d like to pursue college golf. He started emailing coaches in February 2020 and, while he hasn’t taken any campus visits, he has applied to schools and communicated with coaches by phone and email. He hopes to visit a handful of schools over the next few weeks, but there’s still something missing.

“I would say that the biggest thing that has affected me is probably since my scores aren’t great, the ability for coaches to come out and watch me play, just see how I play, stuff like that,” he said. “All they can look at is my score.”

Archer, who competes most frequently in Texas Junior Golf Tour and North Texas PGA events, imagines he’d like to study business management. He’s looking for a strong team, access to good facilities and a coach who can push his game to the next level.

Garett Reband, a two-time All-American at the University of Oklahoma who is ranked No. 14 in the World Amateur Golf Ranking, has been a college golf model for Archer. Five years younger, Archer has watched closely as Reband’s career expanded from Fort Worth, Texas, to the national stage. Reband is a fifth-year senior on the Sooner roster.

“I always grew up watching him play, and I just loved the game and I loved to compete. I just thought that I didn’t want to stop playing after high school, I wanted to continue playing,” Archer said.

Todd Ohlmeyer, the CEO of Recruiter Elite who coached men’s golf at St. Edward’s University in Austin, Texas, for 10 years, helps players such as Archer navigate the recruiting process. In Ohlmeyer’s mind, the biggest hit prospective college golfers have taken in 2020 has been exposure.

“A lot of those kids, they just needed coaches to see them this summer,” Ohlmeyer said. “When coaches weren’t able to come out and recruit, it really hurt those middle-level players who a coach might watch and see and say, ‘I see why he’s shooting these scores, that with a little bit of coaching there could be improvement.’ Those kids aren’t getting the looks that they need.”

Adam Bornstein, a 2020 graduate, planned to start his freshman season at Bryant University, an NCAA Division I school in Smithfield, Rhode Island, this fall. Instead, he’ll spend the next year at home, working on his golf game and his fitness.

Bryant competes in the Northeast Conference, which postponed all sports through at least Nov. 25. The week the fall season fell apart, Bornstein finished an eye-opening 26th in an amateur tournament field crowded with Big 10 players. Bornstein’s goal for college golf always has been to compete at the highest level he could, and that week offered a new perspective.

“With all the classes being all online and the college life being pretty restricted, I just decided it would be best to stay home for the year and work and make some money and work on my game and see where I can go,” Bornstein said of deciding to sit out a year. “I don’t really know next fall where exactly I’m going to end up, but Bryant is still in the mix, so to speak.”

In Malvern, Pennsylvania, Jaden Weisman already has one gap year behind him. As he faces another, he’s scouring amateur tournament calendars with one big question: What is there to play when you fall squarely between junior golf and college golf?

Weisman, 19, qualified for the 2019 Junior PGA Championship. The 2019 high school graduate realized that week he had the game to qualify for anything. The numbers just seem totally against him now that the pandemic has limited playing opportunities.

Weisman committed to the University of Tampa in the fall of 2019, near the start of what he intended to be his one and only gap year. He calls himself a late bloomer and believed that nothing set him apart from his competition as a high school student.

“Without that gap year, I would not have ended up at the University of Tampa,” he said. “I would have been at some high, elite-level Division III team somewhere. I wouldn’t have been able to talk to the mid-major Division I programs I was talking to.”

Because of the pandemic, Weisman’s off period has effectively doubled.

Weisman watches ESPN’s First Take every day. When the pandemic took hold in March, it seemed as though the effect on college athletics dominated the headlines. He had a feeling early on that this long-awaited fall wouldn’t go as planned, and by March he decided to push his arrival another year.

COVID has altered timelines for many athletes, but when it comes to sitting out a year – or two – Weisman’s advice is to never lose sight of the end goal.

“The one thing you can’t do is just sit around and not have a plan and just play it by ear, because you end up just wasting too much time,” he said. “You have to find what your motivation is. What are you trying to do? And you have to be committed to doing it.”

For many players, that might be the only constant in an ever-changing college landscape.

This story initially appeared in Issue 5 of Golfweek magazine.

Phil Mickelson: 'We actually have Chuck tees' at The Match: Champions for Change

Masters invitation in 2021 up for grabs at Corales Puntacana...