‘Miss you and the bike rides’: MS Dhoni’s daughter Ziva shares an adorable picture with her father

Former India captain MS Dhoni, who announced his retirement from international cricket on August 15, is currently in Chennai for the training camp of Indian Premier League (IPL) franchise – Chennai Super Kings (CSK). The Chennai squad will leave for the United Arab Emirates (UAE) on August 21 for the 13th edition of IPL scheduled… Former India captain , who announced his retirement from international cricket on August 15, is currently in Chennai for the training camp of Indian Premier League (IPL) franchise – Chennai Super Kings (CSK).

The Chennai squad will leave for the United Arab Emirates (UAE) on August 21 for the 13th edition of IPL scheduled to begin from September 19 in the Gulf nation.

Ever since MSD’s retirement, social media has been flooded with tributary messages from fans, former players, current cricketers, experts of the game, and various cricket boards. However, now the Ranchi-born has received the most special message as it came from none other than his daughter Ziva, who took to Instagram to share an adorable post for her father.

Ziva was enjoying quality time with her father at their farmhouse in Ranchi during the lockdown. But now that Dhoni has left his house, his cute daughter has started missing the veteran stumper. In her latest Instagram post, Ziva wrote how she has been missing Dhoni and his bike rides.

“Miss you and the bike rides,” Ziva wrote on Instagram.

Dhoni’s last appearance for India came in the semi-final of the 2019 World Cup against New Zealand, where the Virat Kohli and Co. suffered a heart-breaking loss.

The 39-year-old finished his career as Indian cricket’s most successful captain in the limited-overs format. Under his leadership, ‘Men in Blue’ won three ICC trophies – 2007 T20 World Cup, 50-over World Cup in 2011 and the 2013 ICC Champions Trophy.

When Dhoni declared to bid farewell to international cricket, he was joined by his CSK teammate and close friend Suresh Raina, who also drew curtains on his international career. The duo will play for CSK in the upcoming season of IPL.

IPL 2020: Here’s why CSK off-spinner Harbhajan Singh won’t travel to UAE with the...

Harbhajan Singh, the veteran India off-spinner, won’t travel to the United Arab Emirates (UAE) on Friday (August 21) with the rest of the Chennai Super Kings (CSK) squad for Indian Premier League (IPL) 2020. As per a report in Times of India, Harbhajan has decided not to travel to the UAE because of his mother’s… 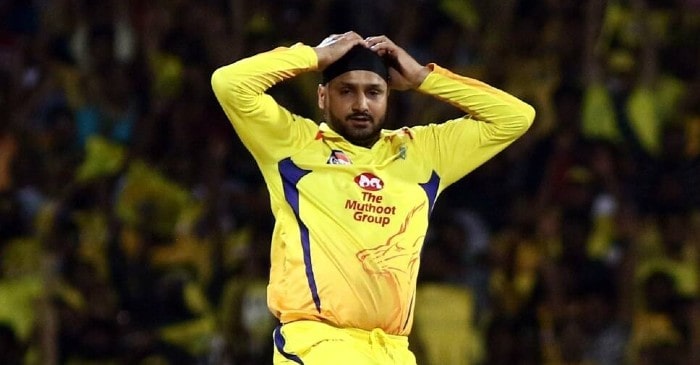 Harbhajan Singh, the veteran India off-spinner, won’t travel to the United Arab Emirates (UAE) on Friday (August 21) with the rest of the (CSK) squad for Indian Premier League (IPL) 2020.

As per a report in Times of India, Harbhajan has decided not to travel to the UAE because of his mother’s illness. Bhajji, who had already skipped the five-day training camp for CSK at the MA Chidambaram Stadium in Chennai ahead of their visit to the Gulf nation, has informed the franchise about the developments.

The Turbanator will join the rest of the CSK squad in Dubai in two weeks. However, the other two CSK cricketers – Ravindra Jadeja and Shardul Thakur – who had also missed the training camp due to personal reasons, will join the CSK members squad in Chennai for a visit to Dubai.

Harbhajan has been an essential part of the Chennai franchise. In 2018, CSK had roped him for his base price of INR 2 crores.

When it comes to the performances in the cash-rich league, Harbhajan has so far played 160 games and has taken 150 wickets – third highest in the history of IPL.

Earlier, bowling coach of the ‘Yellow Army’, Laxmipathy Balaji, had said that the senior members of the team wouldn’t have any issues getting back in the momentum despite the long break.

“I don’t think it’s going to be that difficult, because all your life you have played this sport. So many years of understanding will come in handy to get back to your best. The experience will definitely be important. It has been proven in big tournaments like IPL.

“Dhoni is always a process backing leader. There is no short cut in his leadership, but he is someone who believes in opportunity and exposure rather than cutting and chopping,” Balaji had said.

Dinesh Karthik Suggests Mankading Should Not Be Used Negatively

Lanka Premier League Likely To Be Rescheduled In November