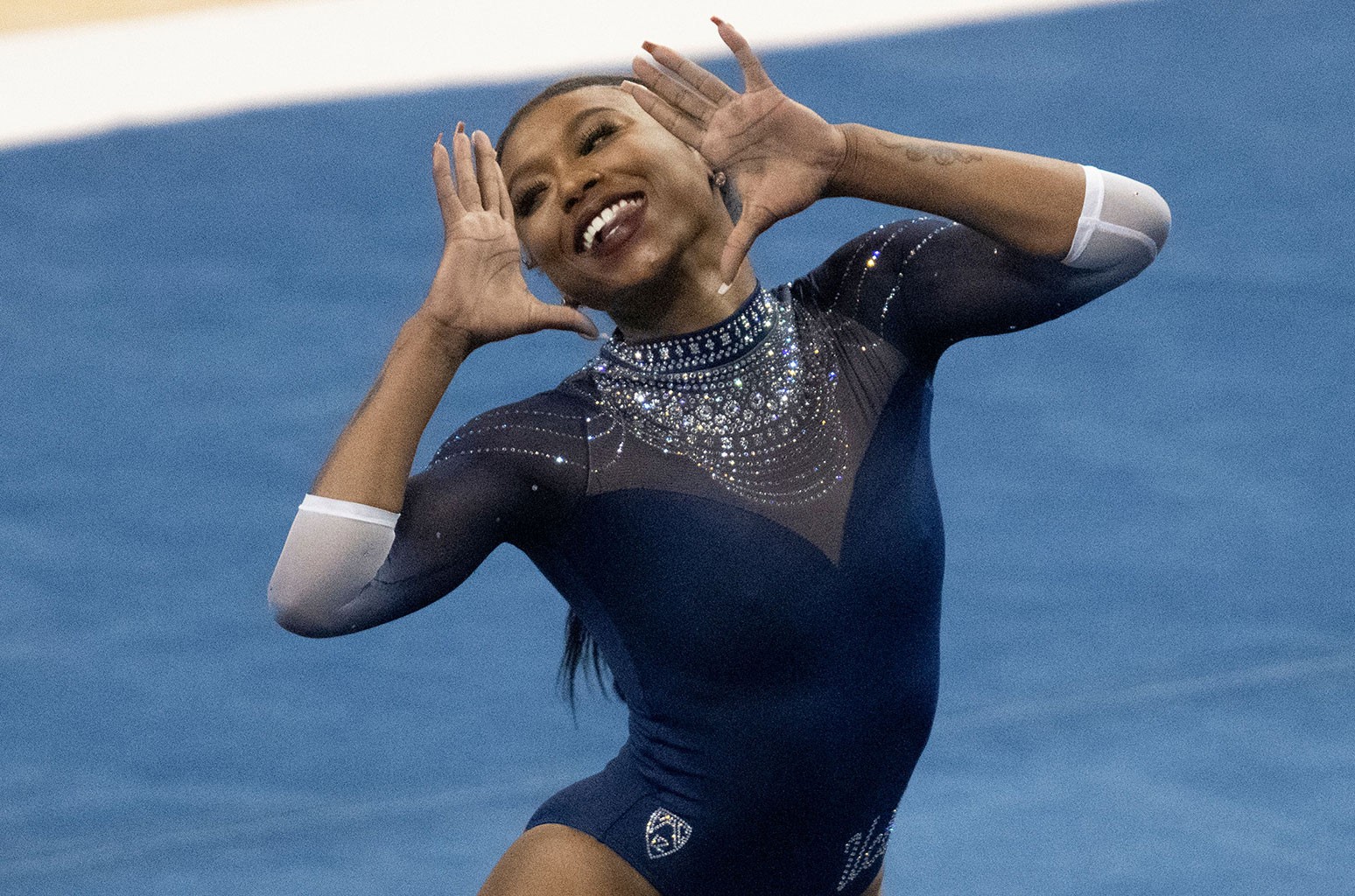 The college senior even stunned the most decorated U.S. gymnast, Simone Biles, and her 2016 Rio Summer Olympics teammate Laurie Hernandez, as well as Karamo Brown from Netflix’s Queer Eye. Missy commented “Snappin” with a fire emoji under the viral video, which has garnered more than 7 million views on Twitter.

Her routine, which kicked off with Lamar’s “DNA” and concluded with 2pac’s “California Love,” scored a 9.950 out of 10, and her nearly perfect score helped UCLA beat Arizona State over the weekend. She also paid homage to her father’s fraternity past in her floor exercise by stepping.

“This routine definitely reflects everything that I am today as a woman,” Dennis told following her viral victory performance. “And of course I had to incorporate a lot of parts of my culture. I wanted to have a dance party because that’s my personality and of course I had to shout out LA because we out here, UCLA.”

But this isn’t the first time Dennis’ hip-hop-inspired routines have made the rounds on social media: Last February, when she was a junior, the UCLA student athlete got everyone crazy in love with her Beyoncé-honoring floor exercise that earned a 9.975 score and has more than 17 million views on Twitter. Alicia Keys marveled at her “unstoppable power and confidence,” while Vice President Kamala Harris wrote, “.@DennisNia is ending #BlackHistoryMonth the right way―by showcasing her Black excellence. Beyoncé herself would be proud.”

okay @DennisNia do the damn thing girl this was so fun to watch! keep killing it! https://t.co/eDntwMpC4R

Because of @jvn love of gymnastics I found a love for the sport too! And this young woman from @uclagymnastics is a star! Who is she? pic.twitter.com/JmAAWyNCuq

Elvis Costello Recalls ‘SNL’ Stunt That Got Him Banned: ‘I Just Wanted Them to Remember...

Here’s How Carlos Vives Is Staying Busy During Quarantine:...

Billie Eilish Just Realized ‘Picture to Burn’ Is a Taylor...