Mogherini gets nod to be College boss despite cronyism complaints 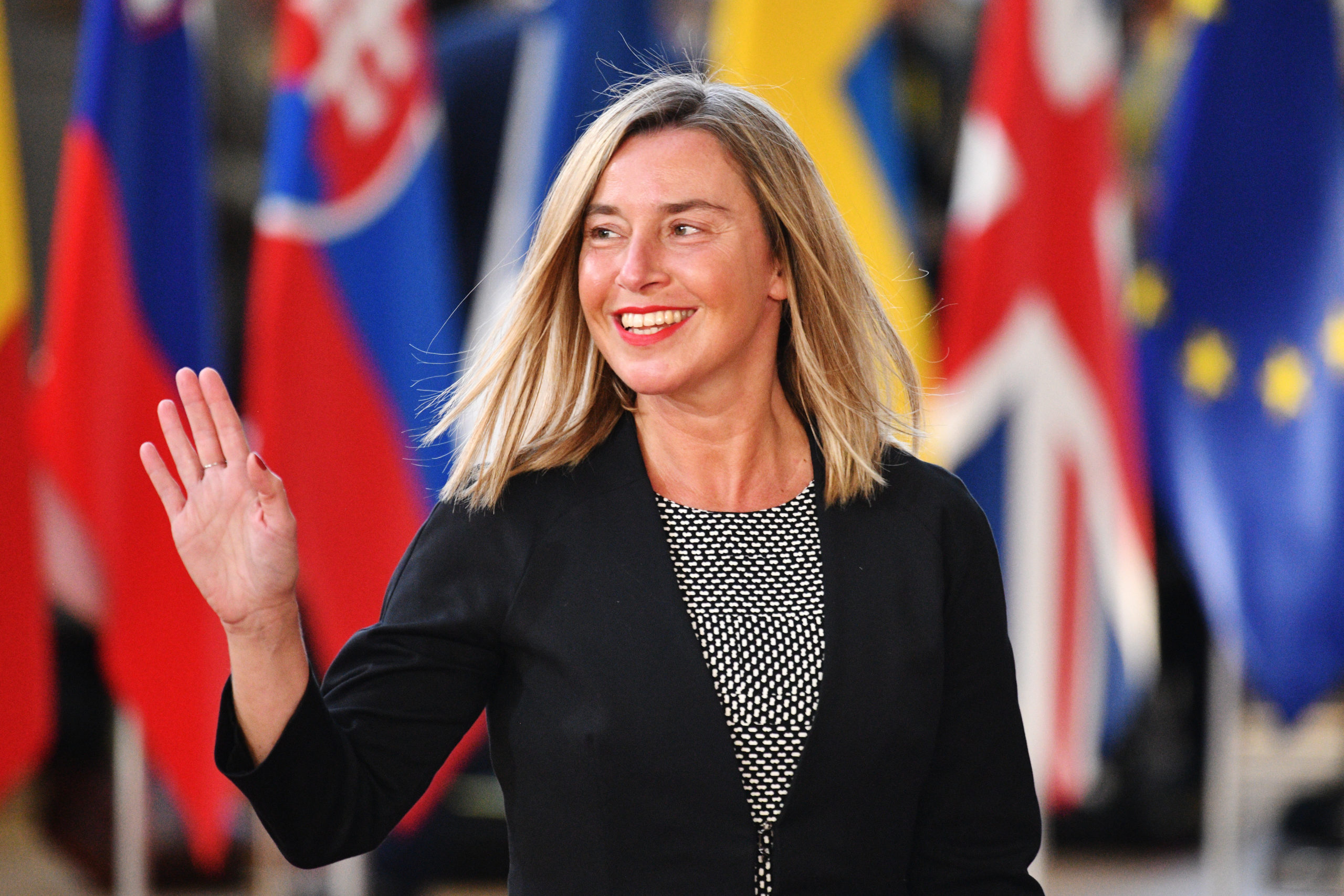 Federica Mogherini got the thumbs-up Thursday to become rector of the College of Europe, despite allegations of cronyism, after the ex-EU foreign policy chief was presented as the only candidate.

The academic council of the College, which serves as a training ground for top EU officials, endorsed Mogherini’s application, making her almost certain to be confirmed in the role in June. She would be the first female rector of the College, which is based in the Belgian city of Bruges and also has a campus in Poland.

Mogherini’s candidacy prompted an outcry from some alumni and professors of the College and EU officials. They complained the Italian politician is not qualified for the post, does not meet the criteria laid down for it and entered the race months after the deadline of last September 30.

Critics accused Herman Van Rompuy, the former president of the European Council and ex-prime minister of Belgium who leads the College’s administrative council, of discarding well-qualified candidates to push for Mogherini.

Some warned the move would fuel Euroskepticism and undermine trust in the EU, as it involves two prominent former EU leaders and a college with close links to the bloc. The European Commission is a major funder of the College.

In a videoconference Thursday, professors were given a report by a selection committee charged with finding the new rector, also headed by Van Rompuy.

The report, seen by POLITICO, stated that none of the original candidates for the post had obtained the support of at least half of the members of the selection committee in November 2019, so a small “search committee” was established to “enlarge the pool of candidates.”

The panel enlarged the pool by a total of one person — Mogherini. The selection committee interviewed Mogherini on April 30 and agreed unanimously that she “undoubtedly offered the best combination of qualities in view of leading the College, and that therefore none of the already interviewed candidates should be (re)considered,” according to the report.

The council also received a CV from Mogherini, but not from any other applicants, people familiar with the meeting said. “The conversation was only about her,” a College alumnus and EU official said. “There was no other name.”

Under “education and training,” the CV listed a master’s degree in political science from Rome’s Sapienza university, a year of research in Aix-en-Provence in France during her studies under the EU’s Erasmus program, and an honorary degree from the University of Tampere in Finland.

The College alumnus and EU official said the CV looked like “one from a student in a master’s degree” — reflecting a view among critics that Mogherini does not have the qualifications required for a post which has traditionally gone to professors with a PhD and a long academic track record.

The original job posting said candidates should demonstrate “substantial academic qualities in the field of European studies, a proven experience of the administration and management of an academic structure of some complexity, and should be able to combine the pursuit of academic excellence at international level with sound budgetary management.”

Following Thursday’s two-hour long videoconference, the group of some 20 professors who make up the academic council decided to approve Mogherini’s candidacy, multiple College alumni, officials and professors told POLITICO. The College itself did not respond to a request for comment.

The matter will now go to the College’s administrative council, chaired by Van Rompuy, in June.

Alberto Alemanno, a visiting professor at the College who is also an alumnus of the institution, said the whole episode showed that “members of the most fervent pro-European establishment … present one of the major liabilities for the European project itself.”

“This story is set to fuel further skepticism vis-a-vis the European construction — at a time of major uncertainty and contestation — and further tarnish the limited trust left in the EU machinery,” he said. “It is another illustration of failed and out of touch leadership in the Continent.”

Jon Worth, another visiting professor at the College, said: “It’s hard to imagine how this process could have been handled in a worse way.”

“It reflects badly on the College of Europe and damages its reputation,” he said.