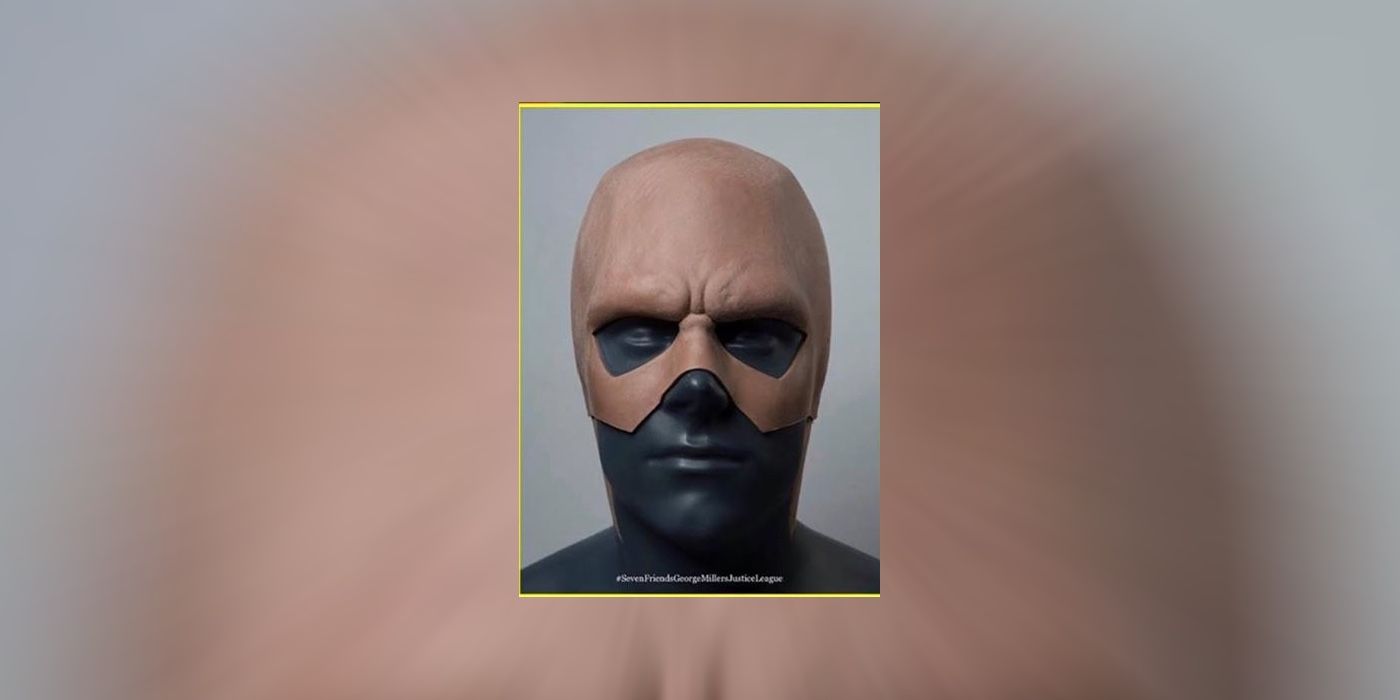 The Flash's cowl in Justice League Mortal is revealed. Prior to Zack Snyder's plans to bring together DC's premier heroes in the 2017 film, director George Miller already planned the assembly of the World's Finest on the big screen. Unfortunately, due to a string of issues that included Warner Bros. pulling the plug on the project due to its high asking budget and Christopher Nolan expressing concerns while doing post-production for The Dark Knight, the film never saw the light of day.

Justice League Mortal's narrative is a bit more complex than your typical superhero blockbuster fans know and love today. Miller intended to adapt Mark Waid’s Tower of Babel and based it on the Justice League: Unlimited animated series which piqued the interest of many DC fans. The filmmaker also brought together a star-studded cast with Armie Hammer as Batman, D.J. Cotrona as Superman, Megan Gale as Wonder Woman, Adam Brody as The Flash, Common as Green Lantern, Santiago Cabrera as Aquaman and Hugh Keays-Byrne as the Martian Manhunter among others, further exciting the public. Over the last couple of years, information regarding the shelved film popped up online, the latest of which reveals the Flash's intended cowl for the film.

Director Ryan Unicomb recently made an appearance on the regarding his upcoming project, Seven Friends: George Miller's Justice League which is essentially a documentary about Miller's scrapped film. During his guesting stint, he spontaneously revealed what was going to be Brody's Flash cowl in Justice League Mortal. Check it out below:

While the revealed cowl doesn't have the usual elements in the Scarlet Speedster's head piece like its signature red color, not to mention the gold lightning bolts on the side, it gives fans an idea what Brody would've looked like in it. Prior to this reveal, Unicomb already shared . Long before that a new character look for Gale's Wonder Woman, as well as Cotrona sporting his Justice League Mortal Superman suit also made the rounds online. Brody, alongside the rest of the cast for the film may have not been able to don their respective superheroes in the said movie, but the actor ultimately made its way in the DCEU, playing the older counterpart to Freddy (Jack Dylan Grazer) in Shazam!.

As for the Flash, Ezra Miller is set to reprise his role as the DC superhero in the upcoming standalone film slated for a 2022 release. Directed by Andy Muschietti with the script written by Christina Hodson, the project has been delayed multiple times, but it seems like it's finally pushing forward. With Warner Bros. mum about Miller's recent controversy, chances are that he's going to continue playing the part. Meanwhile, those who are interested in more details about Miller's Justice League Mortal, Unicomb's Seven Friends: George Miller's Justice League is still slated for a Christmas 2021 roll out.

Game of Thrones Ended 1 Year Ago Today: What The Backlash Got Wrong

Mandalorian Season 2: Everything From Clone Wars & Rebels You Need To Know