"Creating relatable content doesn't stop just because you're in quarantine" 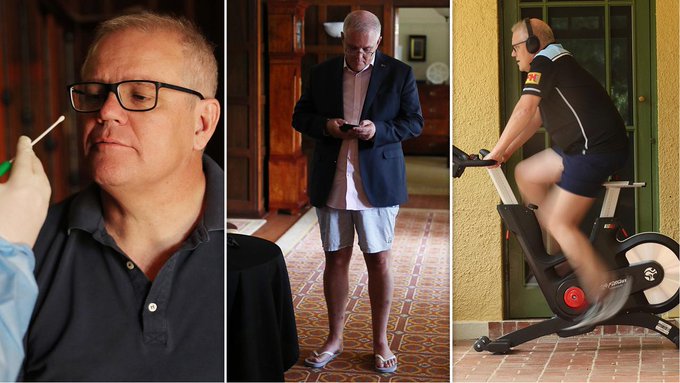 After returning this week from an essential visit to Japan, Prime Minister Scott Morrison will need to spend fourteen days isolating with only a personal photographer, PR adviser, image consultant, makeup artist, four social media managers and empathy coach there with him.

A spokesperson for Mr Morrison said the Prime Minister was required to follow quarantine rules like every other Australian. “Like so many other Australians returning from overseas this year, Mr Morrison will be confined to a forty-room mansion with a team of public relations experts”.

She said he will continue to do important Prime Ministerial work while locked-down. “He has up to eight photo opportunities scheduled for each day, often back-to-back. Running the country doesn’t stop just because you’re in quarantine.

“Today, for example, he has a shoot pretending to answer emails in his boxer shorts, and then later he’ll be building a cubby house for his social media team while wearing a XXXX t-shirt and a Rip Curl baseball cap. Creating relatable content can take a lot longer than you think”.

Policy advisors and other experts will not be allowed into the Lodge with Mr Morrison. “Unfortunately we can only allow essential staff in there with him,” the spokesperson said.

She confirmed that Mr Morrison does have contact with loved ones from the outside world. “He’s been on the phone most mornings to his favourite News Corp editors and journalists. Just to make sure everything is looking ok”.

Want to read more like this? Buy the 2020 Shovel Annual

Ever Since They Tore Down the Confederate Statue in My...

Kyrie Irving breaks ankle falling off edge of the earth