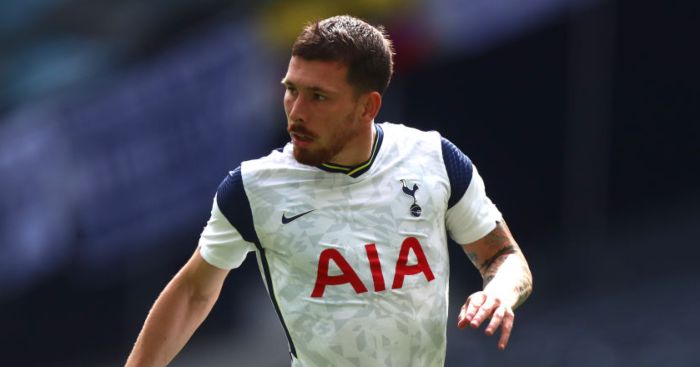 Tottenham boss Jose Mourinho has branded the signings of Pierre-Emile Hojbjerg and Joe Hart as “amazing” business for the club.

Midfielder Hojbjerg signed from Southampton for a £20million fee last week while joined on a free transfer following his release from Burnley.

Both men played their first Spurs game in the 3-0 friendly win over Ipswich at the Tottenham Hotspur Stadium, with Hojbjerg playing 63 minutes and Hart 30.

Mourinho was particularly impressed with his chairman Daniel Levy for getting 25-year-old Denmark international Hojbjerg to the club for such a relatively modest fee.

“The club found very intelligently the moment to do it,” Mourinho said on .

“It was the last year of contract for Pierre, his club was in a difficult situation in terms of negotiation so I think Mr Levy did amazing for us getting such a good player for us.”

Hart, 33, has signed a two-year deal and although he starts off behind Hugo Lloris in the pecking order, Spurs’ hectic fixture list will see him get plenty of game time along with fellow stopper Paulo Gazzaniga.

“I think the club did amazing in both because they are going to make our squad stronger,” Mourinho added. “To bring Joe, 75 caps for England and lost of experience, he is great protection for us to have three goalkeepers.

“With some of the crazy fixtures we are going to have, playing all the competitions, the Carabao Cup at the same time as Europa League and Premier League, even goalkeepers cannot play every match so it is very, very good business for us.”

Spurs won the game against their League One opponents with three goals in the opening 30 minutes, with Ryan Sessegnon’s opener followed by a double for Son Heung-min.

Mourinho’s men were not at full strength for the game, with Harry Kane in quarantine following his holiday to the Bahamas and a number of other first-team regulars training at the club’s base in Enfield.

Mourinho, often criticised for his reluctance to give youth a chance, handed game time to 16-year-old duo Alfie Devine and Dane Scarlett in the second half.

“We saw some good things, we gave the opportunity for some young players to play and some of them really, really young,” he added. “Alfie was playing for Wigan under-16s a few months ago and Scarlett is 16 – closer to 15 than 17.

“I think it was good overall and we managed to save players from playing 90 minutes which is too premature in this first week of pre-season.

“Ipswich are League One but they have been training for a few weeks, they played with two teams so they kept intensity in the game so I think it was good.”

Tottenham’s next friendly is on Friday against Championship side Reading.

Man Utd ‘late to party’ as they hold talks with Liverpool...