I was mindlessly scrolling through Instagram when I saw an ad for a food delivery service. HelloFresh was shouting at me: “Want Fresher, Faster Meals?” Fuck yeah, I thought. After my wife and I selected our meals, the first one arrived moments later. It instantaneously propelled our lives on a whirlwind trajectory that hasn’t stopped since. […] The post My Family Tried HelloFresh and What Happened Next Blew Our Collective Fucking Minds appeared first on Robot Butt. 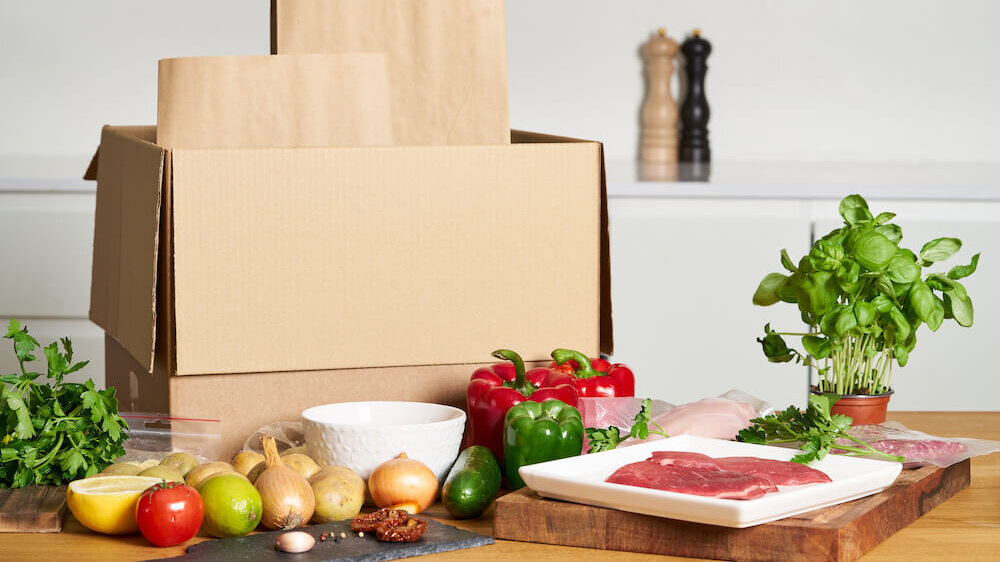 I was mindlessly scrolling through Instagram when I saw an ad for a food delivery service. HelloFresh was shouting at me: “Want Fresher, Faster Meals?” Fuck yeah, I thought.

After my wife and I selected our meals, the first one arrived moments later. It instantaneously propelled our lives on a whirlwind trajectory that hasn’t stopped since.

We ate our first meal, figgy balsamic pork, and its organic hand-picked vegetables and sustainably-sourced meat helped me lose twenty-five pounds in a flash. My wife instantly became five years younger. My testosterone levels skyrocketed, it cured my erectile dysfunction, and I soon felt an extreme sense of arousal.

I impregnated my wife and then had a deep urge to get a jump start on the next few years of income taxes. I was cranking them out and was ahead about six years when I heard my wife shout that the baby was coming. I rushed over to her. Push, pull, snip, clean, weigh, hugs, kisses. I handled the entire delivery. It was a boy, healthy as an ox.

We started him on their ‘shroom and gouda burger, whose hormonally balanced nutrition helped him become a man as I taught him how to be kind and tough at the same time and how to drive a stick. I was beginning to show him how to aggressively invest in Bitcoin when suddenly his sister was born. Before you know it, my son’s teaching his little sister everything he’s learned plus some ultimate fighting techniques like Krav Maga.

Because of meals like the roasted pepper cavatappi Milano and its rich antioxidant ingredients, our family grew uncommonly gorgeous which got us signed to a high-caliber international modeling agency. They trekked us freaking everywhere. We had shoots in Paris, Egypt, Australia, and on the Moon. Fuck yeah it paid well.

The new gig easily covered the cost of their private school tuition. And since we saved so much time on meal prepping, we were able to enjoy some of the agency’s spectacular perks: Romantic language immersion programs, annual BMW leases, and unlimited Tough Mudder family memberships.

The kids developed mentally at a lightning-fast pace just by reading all the recipe cards for each HelloFresh meal. They thrived at their private schools. They brought their own meals for lunch, like chickpea-powered couscous, whose balance of low fat and high-protein nutrition further enhanced their brain function, allowing them to skip grades like it was hopscotch. The school refunded more than the tuition we paid since the instructors were learning more from our children.

Cooking the oven-baked parmesan chicken was so easy and boosted the kids’ brain power so much that they became unprecedented brother/sister valedictorians and then applied for and accepted Marshall, Fulbright, and Rhodes scholarships. At their graduation they wrote amazingly tearful yet hopeful speeches and won Pulitzers with options to all major movie studios and streaming services. Afterwards, we jumped on the private Learjet that landed in the football field.

We first dropped off my son to become the quarterback and coach of the San Francisco 49ers while he simultaneously solved California’s traffic problems and eliminated their pollution and earthquakes.

We continued on to Cambridge, where my daughter accepted a full professorship. During the flight, we snacked on zucchini and tomato flatbreads, whose high fiber and healthy gut bacteria enhanced my daughter’s ability to give the pilot a life-saving quadruple bypass. She then landed the plane and started the most profitable hedge fund in recorded history. She took over Cambridge as president and turned it into a school for the underprivileged and created the world’s largest dog rescue service animal center.

My wife and I piloted ourselves back to California, recycled the plane, parachuted into Hollywood, ate some cheesy portobello mushroom cups on the way down and then tried our hand at acting. The high-quality calcium and omega-3s empowered us to win all the Oscars that year. Afterwards, we opened a homeless shelter, eliminated poverty, provided the world with renewable energy, and topped it off by curing cancer.

The next morning we ate some leftover high-protein saucy steak burrito bowls, which filled our brains with so much thinking fuel we fixed the population problem by setting up shop on Mars.

The post My Family Tried HelloFresh and What Happened Next Blew Our Collective Fucking Minds appeared first on Robot Butt.

Morrison Drops Investigation Into Aus Post CEO After She Agrees To Gift $1 Million...

JUST IN: The COVIDSafe App has identified that there was...

POC Reporters Ask for a Relocation to Iraq and Syria

A Letter From Clippy, Your Pro-tip Paper Clip From Microsoft...

Trump: Was Lebanon Even in Miss Universe?