Modack appeared alongside co-accused Jacques Cronje and Ricardo Morgan on Monday, charged with a host of gang-related crimes. 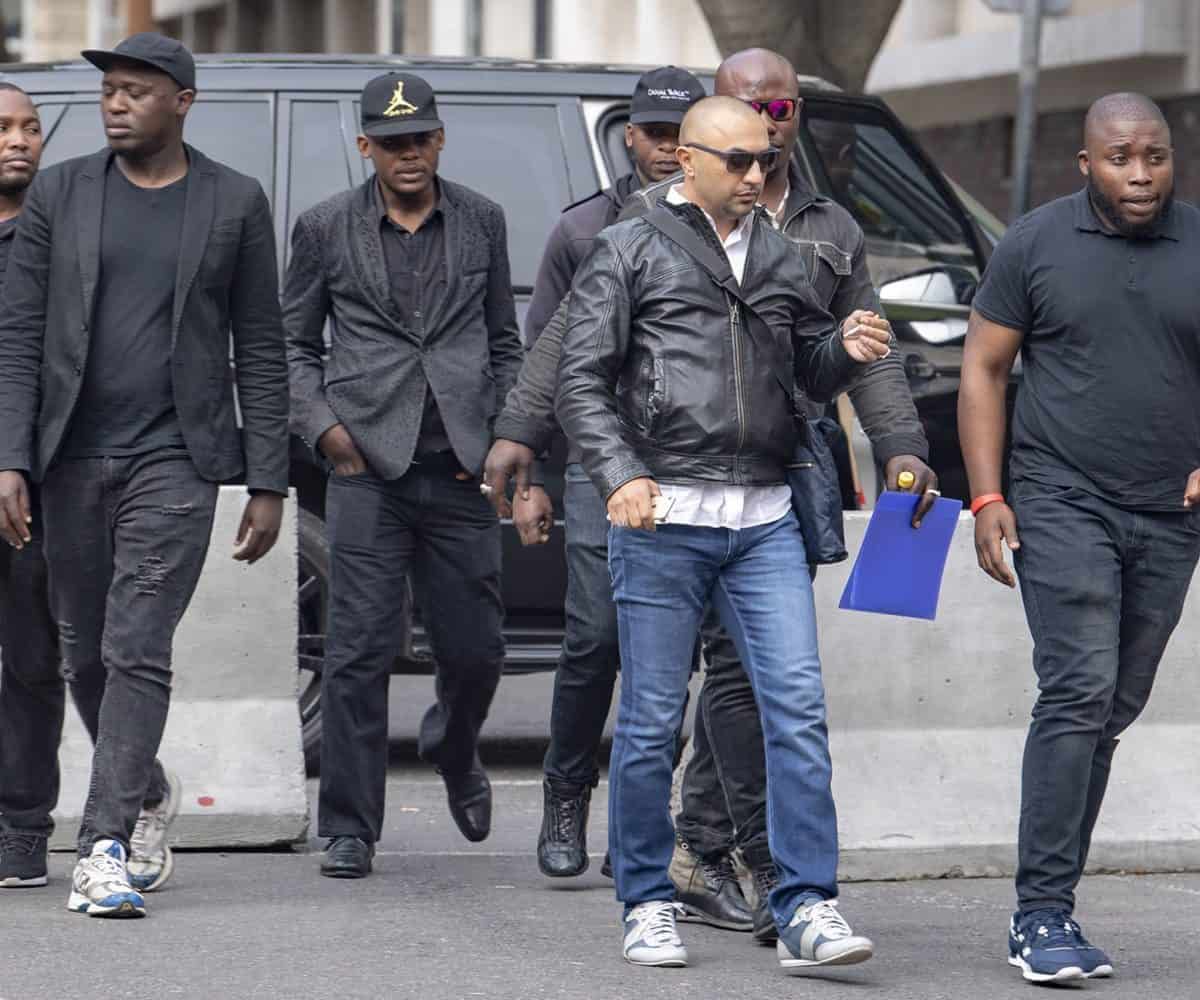 Cape Town businessman and alleged underworld leader Nafiz Modack appeared at the Cape Town Magistrate’s Court on Monday 3 May and was charged along with several others of a range of crimes relating to the attempted murder of prominent Cape Town attorney William Booth, as well as a host of extortion and kidnapping related charges.

Modack was charged  alongside Jacques Cronje and Ricardo Morgan, who were also arrested after a dramatic high-speed car chase on Friday. The cases were all postponed until Friday 7 May, with the accused remanded in custody until then.

Modack and Morgan were also charged separately with conspiracy to commit murder, attempted murder and illegal pinging relating to the attempted murder of Booth. Booth narrowly avoided an assassination attempt at his home in April 2020. Zane Kilian, the man accused of masterminding the murder of top Cape Town detective Charl Kinnear last year has also been charged with involvement in the Booth case.

Missing from the charges distributed to Modack and his co-accused on Monday was any link to Kinnear’s death, despite the Hawks having said that their arrests on Friday related to the murder of a cape town police officer.

“On the first five charges, the State informed the court that more charges are likely to be added and more accused are also likely to be added. I would like to add and emphasise that there is no murder charge faced by the accused who appeared today,” said Ntabazalila.

Modack was further charged separately from the other two accused of attempted murder, reckless driving and resisting arrest. “This relates to an incident where he and his co-accused were arrested. All the cases have been postponed to Friday,” said Ntabazalila.

Police Minster Bheki Cele said after the hearing that he is pleased with the efforts of agencies that carried out the arrests and prepared the mountainous charge sheet against the alleged gang leaders, saying that there is a clear escalation of efforts to rid the province of its underworld scourge.

“I came here to say ‘bravo’ to the team who is dealing with this case. There has been a call all the time saying that we are dealing with small fish, but it looks like the guys have upped their game. Keep it up, you are doing the good work.”

The Proteas’ tour to Sri Lanka has been postponed CSA announce

Smoking: Some studies suggest nicotine ‘may be beneficial...

Coronavirus may never go away, according to World Health...