Nationwide Protests Haven’t Caused a COVID-19 Spike (So Far.) Here’s What We Can Learn From That

Here's what we can learn from that 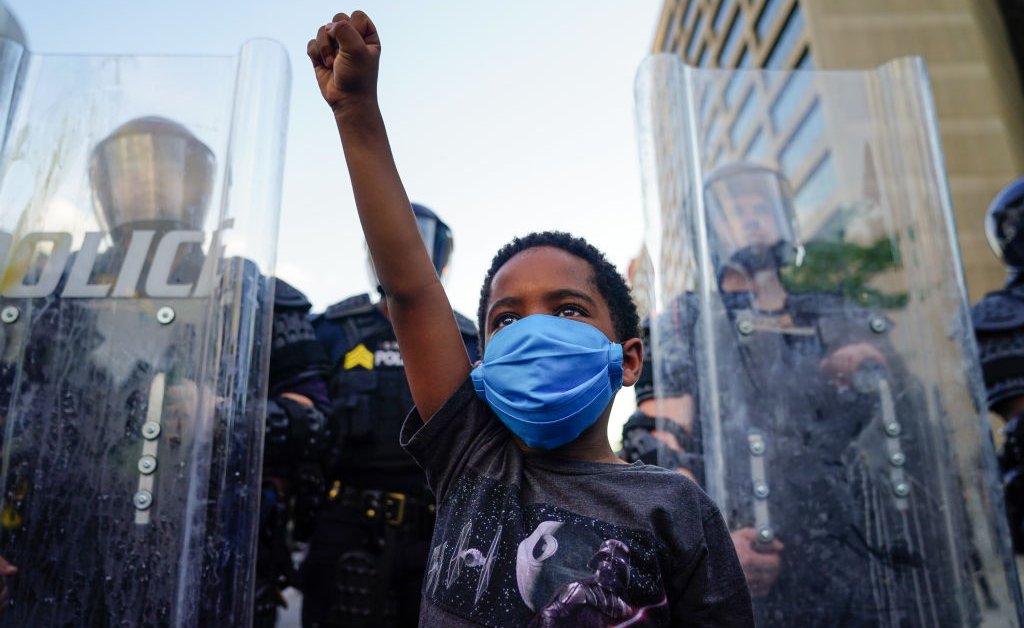 Texas and Arizona, are dealing with worsening outbreaks. At the national level, daily cases are rising daily, well exceeding the previous peak set earlier this year. And even in those few states that have gotten a grip on the pandemic, leaders are rethinking their reopening plans for fear of a relapse.

But public health officials have spotted at least one bright spot amid all the discouraging data: the nationwide Black Lives Matter protests, which began after George Floyd’s death at the hands of Minneapolis police in May, so far do not seem to have been dreaded “superspreader” events, as some feared they might. Several cities that saw major protests, including New York, Chicago, and Philadelphia, have not experienced a new surge in cases in the days and weeks following. And in cities and states that specifically set out to test protestors, like Massachusetts, Seattle, and Minnesota, the results have shown that demonstrators were not considerably more likely to test positive compared to the general population.

That’s not to say protesting is entirely without risk. “Mixing in large groups increases the probability of transmission. I don’t think that’s controversial,” says Chad Cotti, a professor of economics at University of Wisconsin-Oshkosh. But, he adds, “how much transmission you get is clearly going to be a function of the environment and the circumstances. Are people wearing masks? Are people physically touching each other? Is it indoors, is it outdoors?”

We may yet see a protest-related spike in coronavirus cases. Many of the demonstrators were young, and thus likely to develop only mild symptoms from COVID-19, if any at all. But even asymptomatic or mildly symptomatic people can carry the virus to older, more vulnerable people in their homes or communities. If that’s happening, it would take more time to show up in the data.

Still, the lack of notable protest-related spread so far offers valuable lessons for managing the ongoing pandemic. It’s further evidence, for instance, that being outside with other people is relatively safe. Furthermore, many of the protestors wore masks to protect themselves and the people around them, which experts say significantly reduces the risk of transmission.

This isn’t to say that the disease didn’t spread at all during the protests. In Los Angeles and Washington, D.C., respectively, several police officers and members of the D.C. National Guard tested positive following the demonstrations; law enforcement groups nationwide have been criticized for failing to wear masks during the demonstrations. Furthermore, smaller protests have continued through June, and it will take time before any spread of the virus at these more recent events shows up in the data.

While cases of COVID-19 have risen in some cities where major protests occurred (like Atlanta, Phoenix and Houston), experts say that’s likely not because of the demonstrations, but because of relaxed rules regarding indoor gatherings in those areas. “I think indoor transmission, events that might be happening at bars, are more important for the trajectory of the virus than the protests were,” says Dr. Amesh Adalja, an infectious disease and pandemic preparedness expert at the Johns Hopkins Center for Health Security. “What the protests added wasn’t as impactful as some of the other changes that were going on in society at the same time.”

The George Floyd protests may have had a surprising effect that could have slowed COVID-19 transmission: In one study still undergoing peer review, researchers analyzing cell phone location data found that people in cities rocked by protests were more likely to stay home, perhaps due to curfews enacted amid the protests, or—especially in places where police violently cracked down on demonstrators—fear of getting caught up in the mayhem. “Even if there is an increase in the number of cases among the protesters themselves, to one extent, if the non-protesting population is engaging in greater social distancing, they are not going outside their house as much as they did…that counteracts any increase,” says Dhaval Dave, a professor of economics at Bentley University and a co-author of the study.

So far, the lack of notable protest-related viral transmission would seem to justify the beliefs of the many doctors and other medical experts who expressed support for the protests, despite the immediate risk to public health. Moving forward, experts say, demonstrators should seek to keep following official guidance as much as possible. “I think wearing a mask, and social distancing, and being outside as much as possible, are the key things that we can do, that we know work,” says Roger Shapiro, associate professor of immunology and infectious diseases at Harvard’s School of Public Health. “And that’s what I hope protected most of the protesters.”

Know What’s In Your Food: How To Read The Packaging

10 things to know before lightning strikes

Remdesivir Treatment Stopped Due to Side Effects

Some healthcare can safely wait (and some can’t)

The inner path to an outer glow