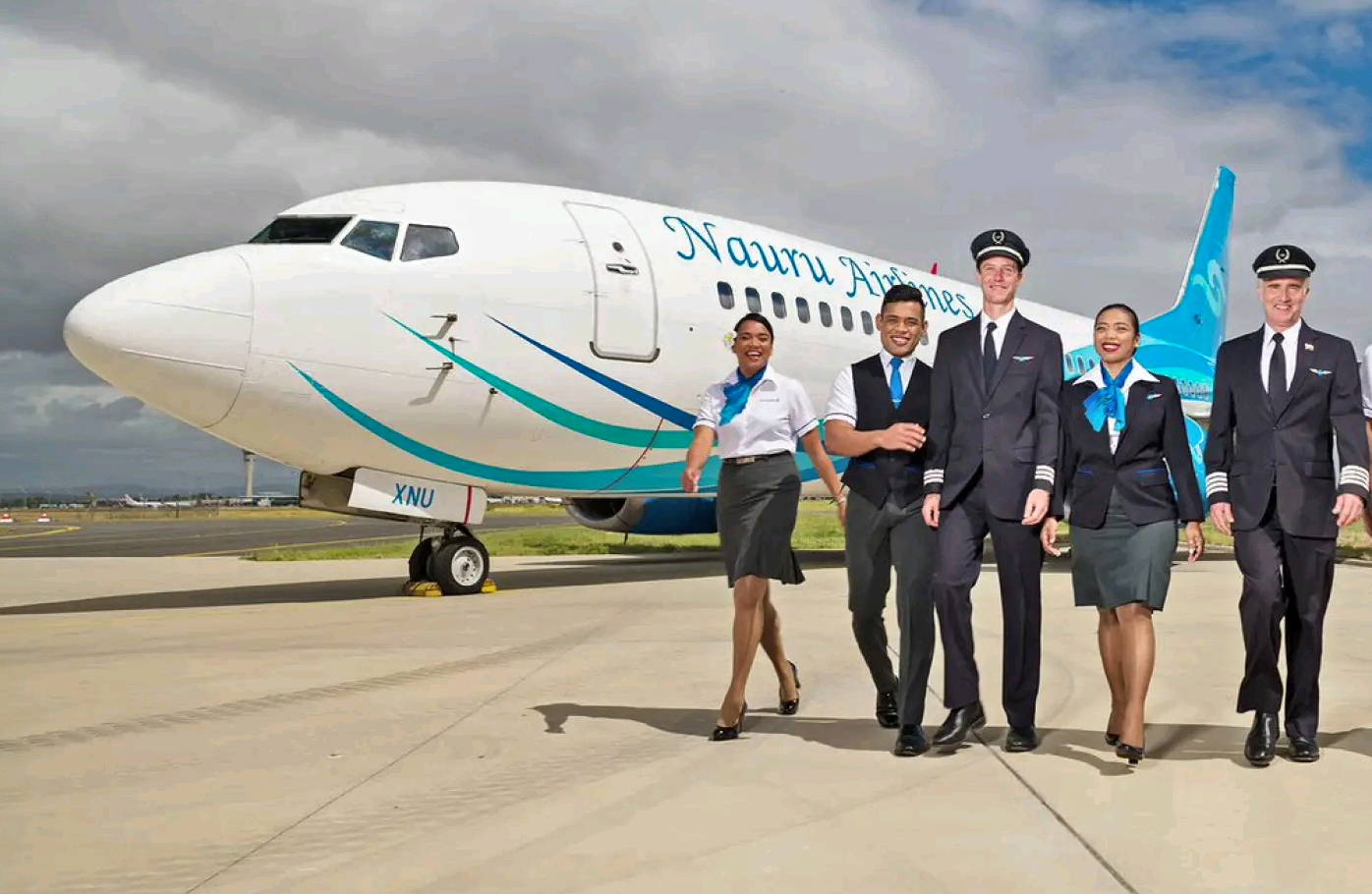 A small airline from a tiny South Pacific nation is going to great lengths to keep its crew and local population COVID-19 free. Nauru Airlines, the national carrier of Nauru, only has four planes, but those planes are getting treated with an antimicrobial shield that stops surface-borne viral contaminants like COVID-19 in its tracks for up to four weeks.

Nauru is a speck of land in a big ocean just 21 km² and is home to around 12,000 people. The island lies just a few miles south of the equator and is around 3,340 kilometers (or about four and a half hours flying time) from the nearest substantial city, Brisbane.

Nauru Airlines provides the only link between Nauru and cities like Brisbane. Besides the odd cargo service, Nauru Airlines is the only airline that regularly flies in and out of Nauru International Airport. The airline has four Boeing 737-300 aircraft, two of which are configured to fly freight. According to aircraft database planespotters.net, the four planes are VH-ONO (freight), VH-VLI (freight), VH-PNI, and VH-XNE. The planes’ average age is 24.2 years, although all have been at Nauru Airlines for less than seven years.

The airline keeps busy bringing freight into Nauru. Otherwise, it is down to operating a single fortnightly return passenger service to Brisbane. The most recent Australian Government airline activity statistics cover December 2020. Those statistics reveal Nauru Airlines flew 62 passengers into Australia and 51 passengers out of Australia that month. But in the same month, the airline carried 9.4 tonnes of freight into Australia and 136.6 tonnes of freight out of Australia.

With such a small population so far from anywhere, Nauru and its people are highly susceptible to threats such as COVID-19. But the country needs to import most of its goods, including much of its food. While to date, Nauru has remained COVID-19 free, the island nation can’t simply turn off the lights at the airport, lock the doors, and ride it out.

For Nauru Airlines, this means walking a fine line between maintaining ties with the outside world and keeping locals safe. That saw the airline turn to Sydney-based antimicrobial business Hygiene Labs for help. In turn, Hygiene Labs developed an antimicrobial shield for aircraft based on a product called Si-Quat. Essentially, that’s a powerful disinfectant mixed with a strong bonding agent. It adheres to surfaces like armrests and seat belt buckles and will kill 99.99% of germs and bacteria for extended periods of time. The Australian Government certifies it good for 28 days.

Nauru Airlines’ four Boeings are getting the treatment. They are in good company. Local airlines Fiji Airways, Qantas, and the Royal Flying Doctor Services all use the same product on many if not all of their planes.

Meanwhile, the freight business is proving a lifeline at Nauru Airlines. Even if passenger numbers have evaporated, freight is proving a brisk business. So much so that the airline is looking to replace its four Boeings. The older planes are getting expensive to maintain. While Nauru doesn’t have the resources to buy new aircraft, they are eyeing pre-owned Boeing 737-700 or 737-800 aircraft. The airline remains a rusted on Boeing supporter and has no plans to defect to Airbus. That, at least, will raise a small smile at Boeing’s HQ.

Vietnamese Airlines Look For Over $1bn In Government Support