Neil Young Slams Trump Over Use of His Music at Mount Rushmore Event: ‘This Is Not OK With Me’

Neil Young is speaking out against Donald Trump for using his music during the president's Mount Rushmore event in South Dakota. 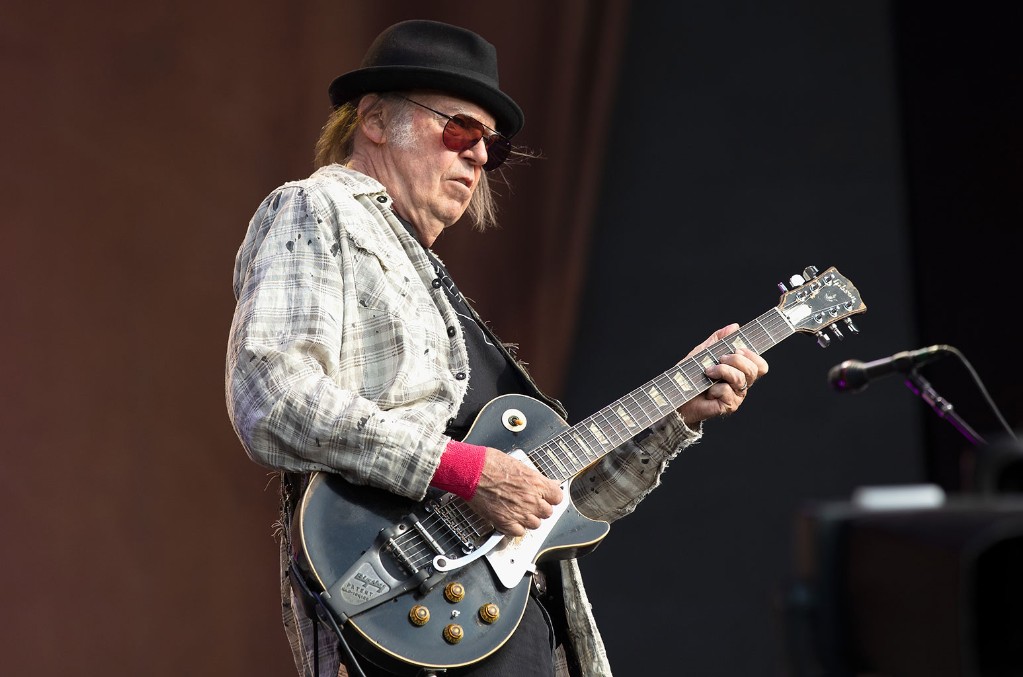 Neil Young is speaking out against Donald Trump for using his music during the president’s Mount Rushmore event in South Dakota.

The 74-year-old rocker, an outspoken critic of Trump, took to Twitter Friday night (July 3) to express his frustration after discovering his classic songs “Rockin’ in the Free World” and “Like a Hurricane” were used during the Independence Day celebration.

“This is NOT ok with me,” Young wrote in response to a video of “Rockin’ in the Free World” playing in the background at the event.

The Canadian-born musician, who became an American citizen earlier this year, responded to a second clip showing “Like a Hurricane” playing, writing, “I stand in solidarity with the Lakota Sioux & this is NOT ok with me.”

Mount Rushmore is located in South Dakota’s Black Hills, which is a sacred area to the Lakota Sioux. Native Americans protesters attempted to block the president’s path to the event.

This isn’t the first time Trump has been called out for using music against artist’s wishes. In June, Tom Petty’s family spoke out against the use of the late rocker’s classic song “I Won’t Back Down” during the president’s rally campaign rally in Tulsa, Oklahoma.

Numerous other artists have also asked the president to cease-and-desist from using their music at his events, including R.E.M., Rihanna, Pharrell, Guns N’ Roses and Steven Tyler.

This is NOT ok with me… https://t.co/Q9j9NRPMhi

I stand in solidarity with the Lakota Sioux & this is NOT ok with me https://t.co/iPVcFplOHa

Listen To A New Playlist From Thom Yorke

Kygo Announces a Collab With Tina Turner on One of Her...