Netflix will campaign Chadwick Boseman in the lead actor category at the 2021 Oscars for his final film role in the movie Ma Rainey's Black Bottom. 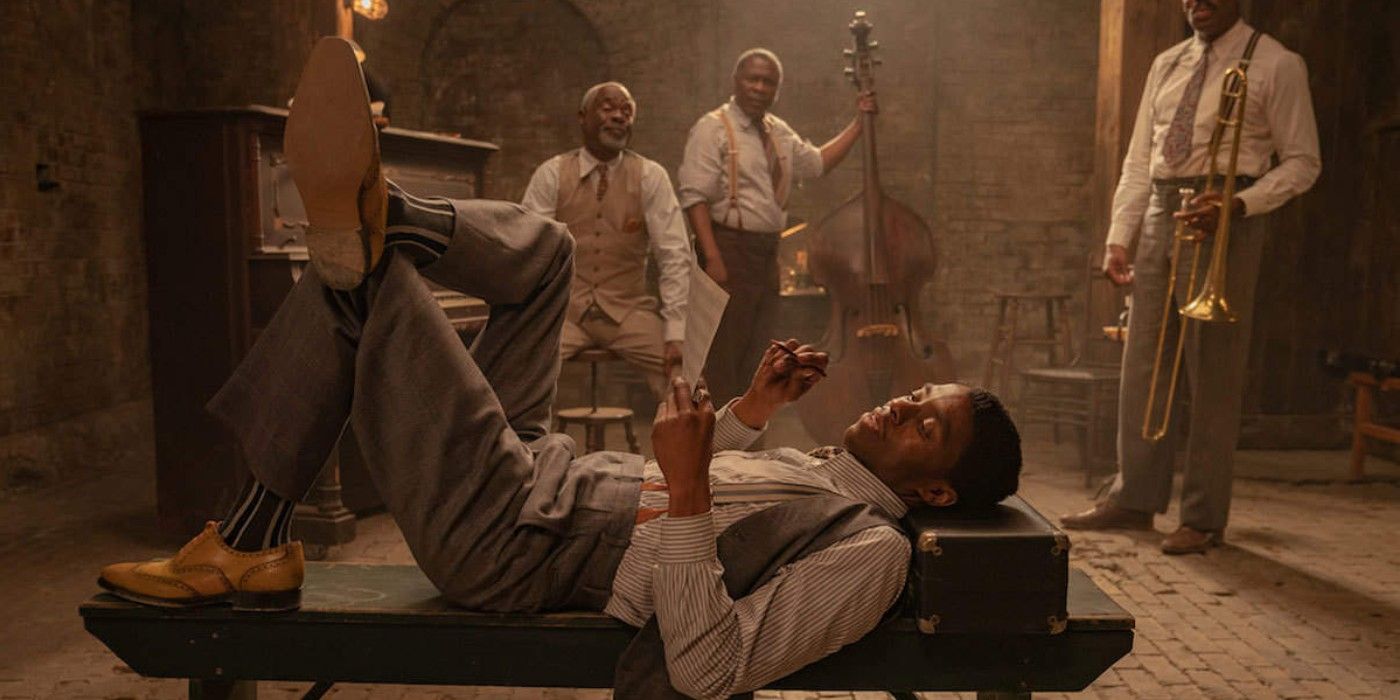 Netflix has confirmed that it will campaign late actor Chadwick Boseman in the Best Actor category at the 93rd Academy Awards for his turn as Levee in Ma Rainey's Black Bottom. Scheduled to premiere on Netflix on Dec. 18, 2020, Ma Rainey's Black Bottom is George C. Wolfe's eponymous cinematic take on August Wilson's 1982 play about the epic blues singer Gertrude "Ma" Rainey. Wolfe's film takes place before a fateful recording session in 1927 Chicago, where Ma Rainey (portrayed by Academy Award-winner Viola Davis) confronts her music producer and manager over the rights to her music. Boseman also toplines the film as Levee, an ambitious trumpeter who wants to tether his own name in the music industry and who stirs the pot behind Ma when she is late to her recording session.

Ma Rainey's Black Bottom is the final vehicle for Boseman, who passed away tragically on August 28 after a four-year-long battle with stage 3 colon cancer. While Boseman himself hasn't ever been nominated for an Oscar, his breakthrough movie Black Panther was the first superhero film to receive a Best Picture nomination and the first MCU film to win an Academy Award. Boseman had filmed Black Panther while he was suffering from the lethal illness, yet he kept his condition private and did not speak about it with his peers from the MCU movie. Even after Black Panther, Boseman continued to act through his surgeries and chemotherapy, completing production for several films, including Marshall, Da 5 Bloods, and Ma Rainey's Black Bottom.

According to a report from Variety, Netflix will campaign Boseman in the lead actor category at the 2021 Oscars for his final film role as Levee in Ma Rainey's Black Bottom. Viola Davis will also campaign for Best Actress, while the rest of the cast, which includes Taylour Page, Colman Domingo, Glynn Turman, and Michael Potts, will all campaign in their respective supporting brackets. Additionally, Netflix will also publicize Boseman in the best supporting actor category for his , where he played "Stormin'" Norman Earl Holloway, the leader of a squad of Black US Army soldiers of the 1st Infantry Division.

If nominated as Best Actor, Boseman would be the first posthumous nominee in the category since Italian actor Massimo Troisi, who was nominated in 1995 for the movie II Postino. Boseman would also be the eighth posthumous nominee in the category overall. So far, only 2 actors—Peter Finch (Best Actor, Network, 1976) and , 2008)—have won posthumous Academy Awards. But according to Variety’s Awards Circuit, Boseman might become the third posthumous Oscar winner as he sits among the five candidates who are most likely to land Best Actor nods during the upcoming season. If the predictions prove true, then Boseman will compete against Steven Yeun (Minari), Anthony Hopkins (The Father), Delroy Lindo (Da 5 Bloods), and Lakeith Stanfield (Judas and the Black Messiah) in the Academy race.

Ever since Theresa Merritt and Charles S. Dutton scored leading nominations at the 1985 Tony Awards for their respective portrayals of Ma and Levee in Wilson's play, Ma Rainey admirers have argued about the status of Levee as a co-lead in the story. Additionally, a sizeable fraction of footage from trailer focuses on Boseman's Levee, which reflects on the streamer's ambitions in setting up the late actor as a de facto lead in its upcoming movie. So it's not far-fetched to see Boseman posthumously and deservedly compete at the next Oscars. Boseman's Black Panther Oscar snub had induced seething contempt among his fans. But now that the streaming giant has stepped into the race, it is likely that Netflix will campaign hard for the iconic Black hero.

Next: Chadwick Boseman: Why The Black Panther Actor Was A Real-Life Hero

15 Movies Like Dazed And Confused That Everyone Needs To...