Lupin's Assane Diop has drawn a lot of similarities to Sherlock Holmes and the show's message of classism makes it a better version than Enola Holmes. 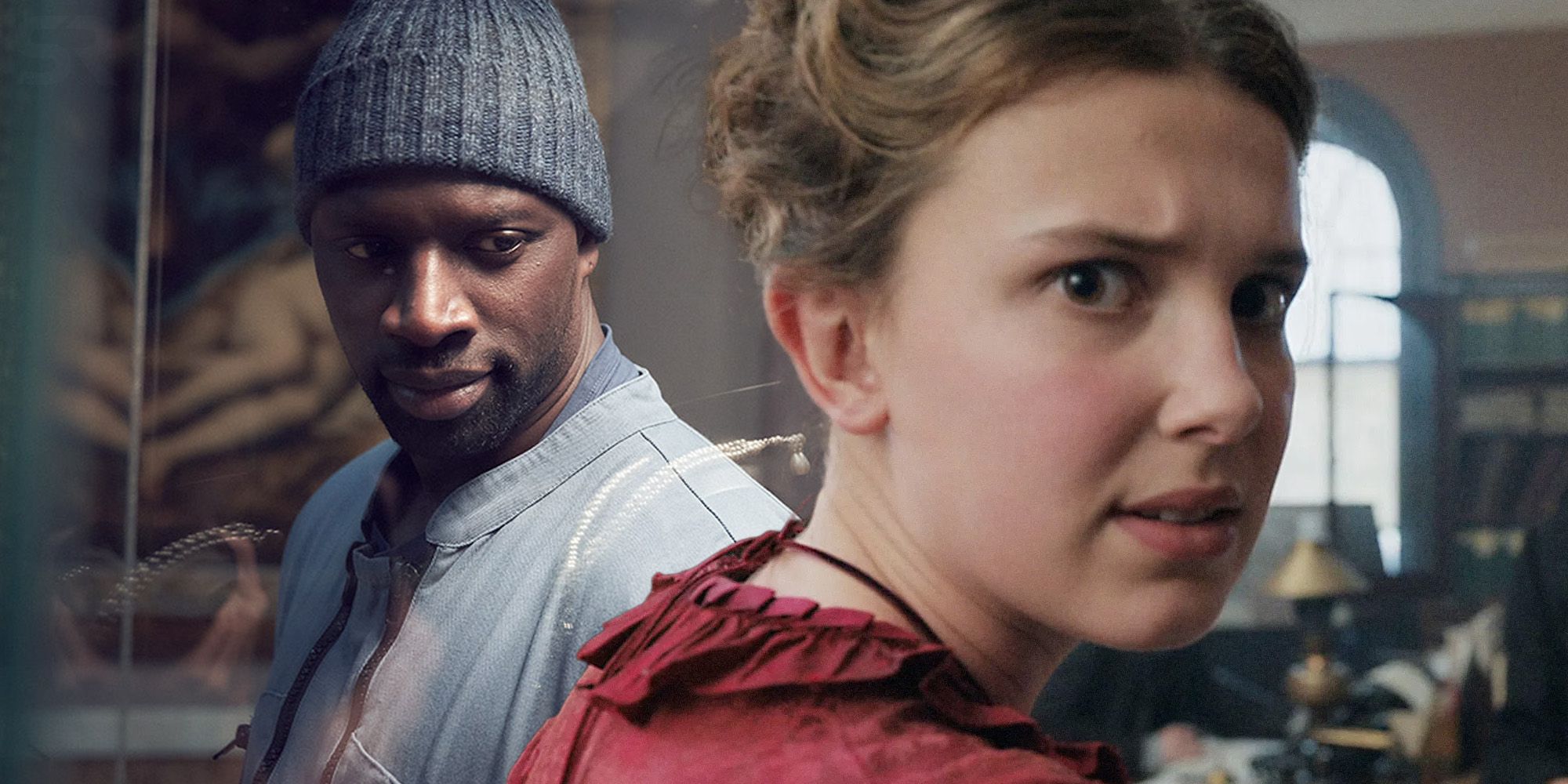 Netflix’s best new Sherlock Holmes is Lupin, not Enola Holmes. The former debuted on the streaming service in early 2021 and was immediately compared to Sir Arthur Conan Doyle’s pipe-smoking detective. To be sure, Lupin — which draws inspiration from Maurice Leblanc’s books about the gentleman thief Arsène Lupin — touches upon similar messages, which ultimately parallels the spirit and stories of Sherlock Holmes for modern audiences.

Lupin, which stars Omar Sy as the gentleman thief Assane Diop, is the perfect answer to a modern-day Sherlock Holmes story. Of course, the two aren’t the same. Sherlock Holmes is a private detective whose heightened observational skills and logic allow him to solve any mystery that is presented to him. Meanwhile, Assane is primarily a master of deception, plotting elaborate heists like the theft of Marie Antoinette’s necklace and other jewels to sell. However, Assane’s background feeds into a bigger picture that has him planning infiltrations while wearing disguises to obtain information that will acquit his father, who was falsely accused of stealing the necklace by Hubert Pellegrini, a wealthy businessman.

Related: What To Expect From Lupin Part 2

In that vein, Assane is very much a detective, working to solve the mystery regarding the disappearing necklace and take down Pellegrini in one fell swoop. Lupin grapples with race and class division, which pits Assane against the rich and powerful like Pellegrini. Assane is able to blend in in any environment, rich or not, because he understands how to play the part. What’s more, themes of class showcase the system that keeps poorer citizens from gaining any power and equal treatment while the wealthy maintain their status, evading the consequences of any illegal dealings through influence and money.

Set in the modern day, it’s easy to see why the Netflix series is a revised approach to the very same themes of class that were prevalent in the stories of Sherlock Holmes. The suave detective often took on cases regardless of social class and, though he didn’t necessarily care about it, Holmes was very aware of the differences and used class as an indicator when evaluating characters’ attributes. Doyle was highly aware of class, too, and wrote in the differences by way of clothing descriptors or changes in dialect. Lupin is not a carbon copy by any means, but by maintaining a similar message and tone, it’s a reminder of what made Sherlock Holmes so great to begin with.

Enola Holmes, on the other hand, may be set in the same universe as Sherlock Holmes, but it doesn’t include the same message about class and largely sidesteps it altogether to focus on Enola solving the mystery of her mother’s disappearance. There’s a story in there about suffragettes, but it doesn’t take precedence, nor does it acknowledge the racial and social class aspects of the movement. Enola Holmes is a good film, but one that is arguably much different than the mysteries the detective takes on. For a modern-day approach that touches upon the same message, Lupin is the best new iteration of Sherlock Holmes.

Next: Most Anticipated New TV Shows Releasing In 2021

Everspace 2: Where to Find the Disruptor in Ceto Outer Rim

Mission Impossible 7: Every Character Returning In the...