Anas Sarwar will lead lagging party into crunch Holyrood elections in May. 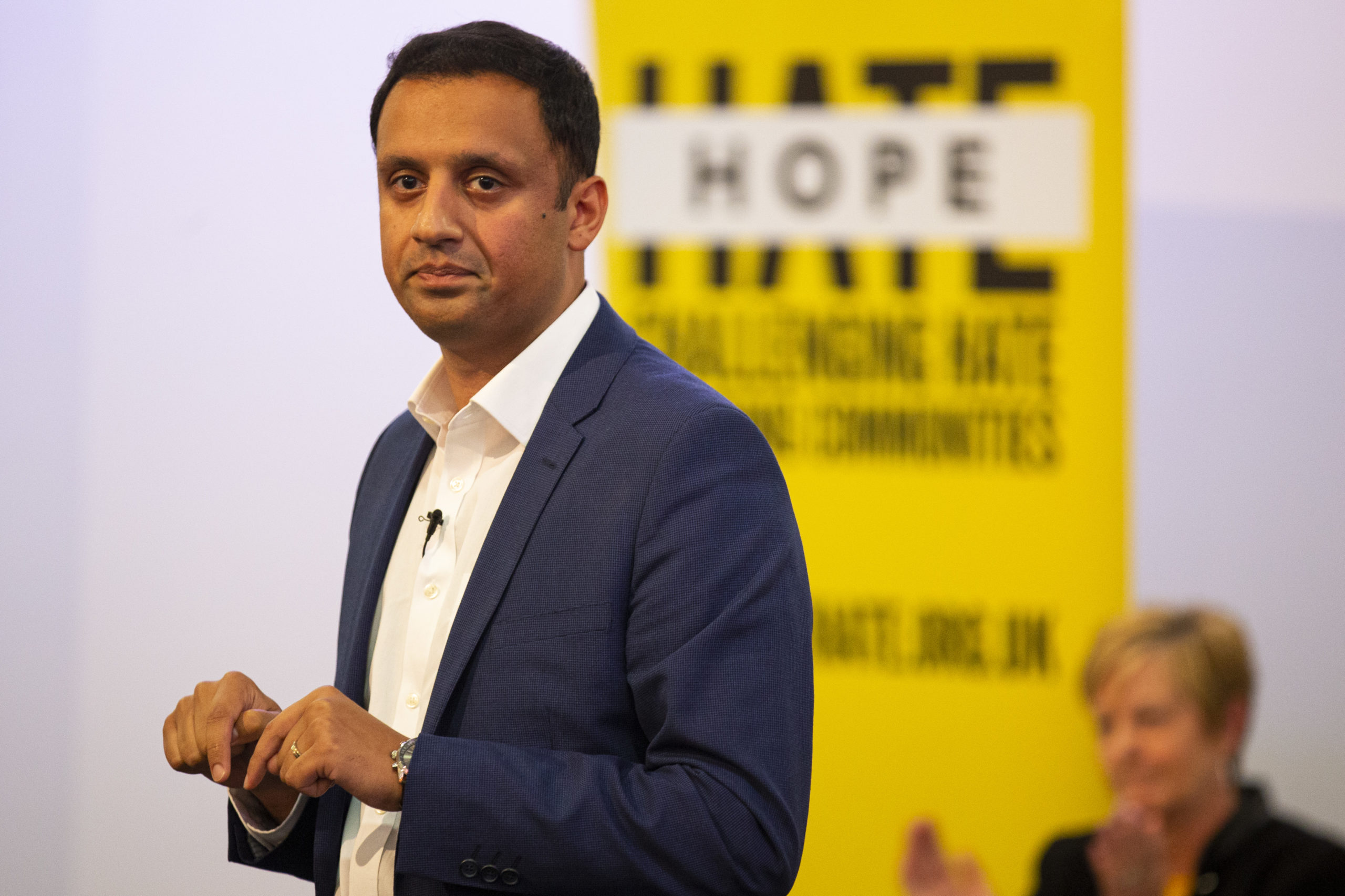 Anas Sarwar was on Saturday elected as the new leader of Scottish Labour, the U.K. opposition party’s autonomous arm in Scotland, following a ballot of members.

He will contest crucial Scottish parliament elections on May 6, where he’ll seek to arrest the party’s declining fortunes. Sarwar promised in his acceptance speech that he would work to win back the loyalty of voters.

“I want to say directly to the people of Scotland, I know Labour has a lot of work to do to win back your trust. Because if we’re brutally honest, you haven’t had the Scottish Labour party you deserve,” he said.

Once dominant in Scottish politics, Scottish Labour has fallen to historic lows since the 2014 independence referendum — dropping from 41 MPs in Westminster in 2010 to just one in the last U.K. general election. The party has been out of power in Scotland’s Holyrood parliament for close to 14 years.

An MSP for Glasgow, Sarwar is opposed to a second Scottish independence referendum. He said Saturday that he planned to be a leader who “focuses on what unites our country — not what divides it.”

Allies of the new leader say he is a dogged and optimistic politician, whose background as a second-generation Pakistani and his experience in the U.K. and Scottish parliaments make him a good fit for the position.

Douglas Alexander, a former Labour Cabinet minister in Westminster, told POLITICO that Sarwar’s election was “another step on the road to recovery for Labour across Britain.”

“Anas’ innate optimism and his instinct to bring people together will serve Scottish Labour well,” Alexander said. “He’s always struck me as the kind of politician who’s more interested in finding converts than finding traitors.”

U.K. Labour leader Keir Starmer said he looked forward to working with Sarwar on “making the case for a socially just Scotland in a modern United Kingdom.”

Scottish First Minister Nicola Sturgeon also tweeted her congratulations, writing that Sarwar “and I are longtime political opponents, but I also like and rate him.”

However, one Scottish Conservative MP said the party had picked a leader who wasn’t a “well-tested figure,” pointing to Deputy Leader Jackie Baillie — who impressed during questioning of Alex Salmond at Holyrood on Friday — or the Shadow Scotland Secretary Ian Murray as people who “would be seen as more significant political figures in Scotland.”

An MSP for Glasgow and former constitution spokesperson in the Scottish parliament, Sarwar has described his politics as “Brownite” in reference to the center-left position of former British Prime Minister Gordon Brown.

Sarwar was the favorite to win the two-horse leadership battle against opponent Monica Lennon, even after Lennon made headlines around the world for her role in a period poverty campaign.

“He sounds, looks and acts like modern Scotland,” said one senior Scottish Labour politician of the new leader. “He’s learned a lot from his time at Westminster and from his time back on the Labour benches [at Holyrood] in the last couple of years,” they added, predicting that Sturgeon’s Scottish National Party (SNP) “will be scared of him.”

Sarwar has said there should not be another referendum on Scottish independence in the near future and has called instead for the focus to be on recovering from the coronavirus pandemic.

Michel Barnier: ‘No agreement’ unless UK sticks to Brexit...