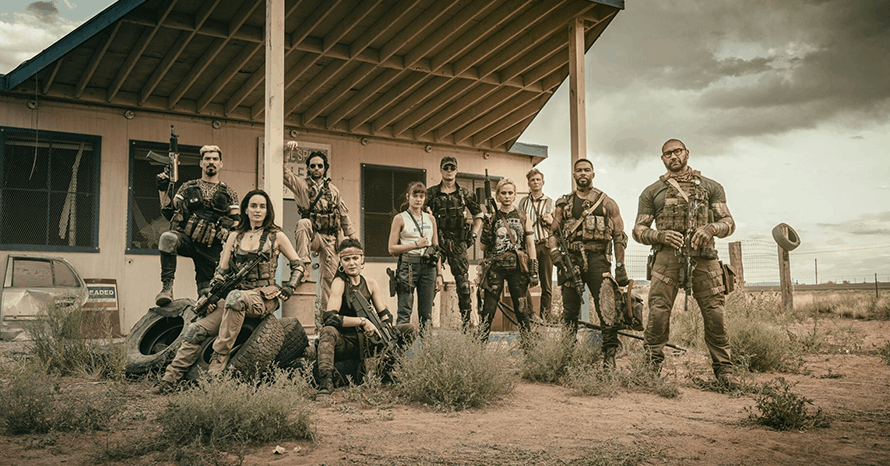 A new image of the main squad from Zack Snyder’s zombie-heist movie, Army of the Dead, has surfaced online

One of the best horror remakes of all time is arguably Zack Snyder’s Dawn of the Dead – that opening scene alone is enough to instil terrify and unsettle the audience just with sheer tension before unleashing the chaos. It’s one of the reasons why Army of the Dead has so much potential – although the footage so far has shown off a comedic-action heavy tone rather than a dread-filled race against time.

A new still from the action-horror recently arrived online thanks to the latest issue of Total Film. It shows off the squad Dave Bautista is set to lead into the undead-infested city of Las Vegas. Zack Snyder also told the publication that his new zombies are a little more conscious than audiences have seen before – saying they can actually organize in the film.

“From the first conceptualizing of the movie, they were going to be these evolved zombies. We treat them kind of like wolves, sort of like a dog. They’re not necessarily fully realized and talk or anything. But they can organize.”

Take a look at the still from Army of the Dead below. Are you excited to watch Army of the Dead when it arrives on Netflix? What do you want from the Zack Snyder zombie movie? Will it be a follow-up to his Dawn of the Dead remake? Sound-off in the comments below!