There’s more uncertainty for airlines flying across the Tasman Sea. The long-awaited two-way travel bubble between Australia and… 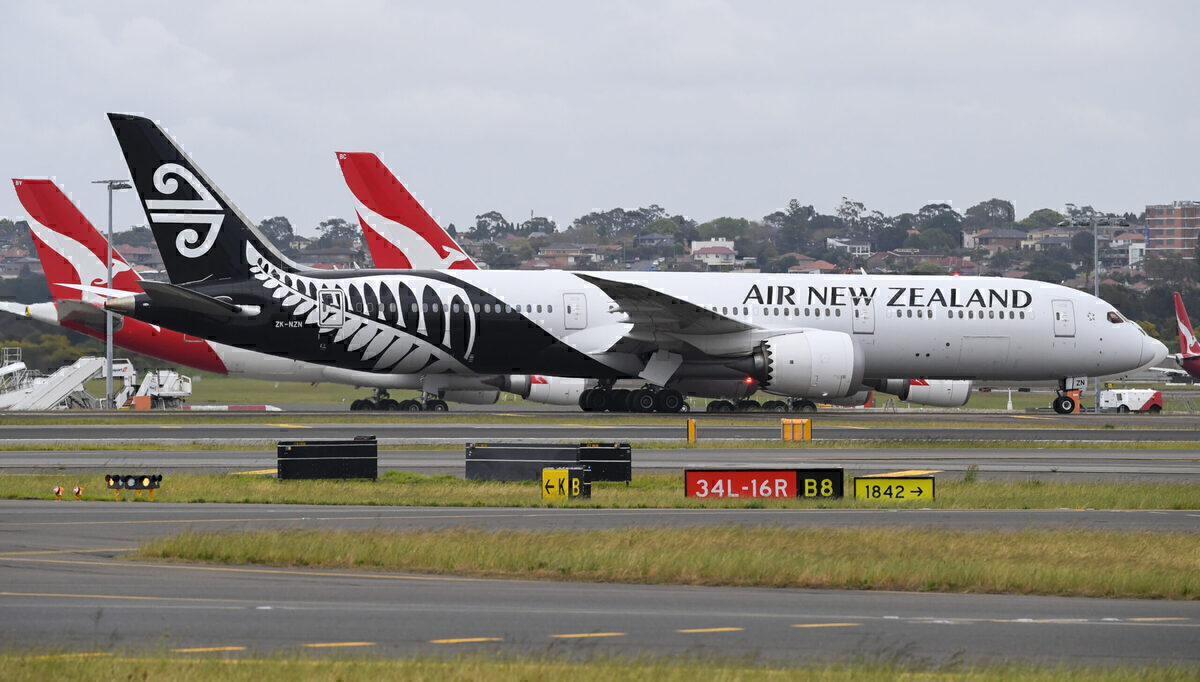 There’s more uncertainty for airlines flying across the Tasman Sea. The long-awaited two-way travel bubble between Australia and New Zealand is potentially under a cloud. The uncertainty is caused by a cocktail of internal border issues within Australia, a small COVID-19 outbreak (now contained) in Sydney over the New Year period, and a New Zealander recently testing positive to a highly infectious South African strain of COVID-19. For local airlines like Qantas and Air New Zealand, it’s another headache to deal with.

Australia has been allowing New Zealanders to fly in and skip tough quarantine requirements since October. That’s lead to a small uptick in flights across the Tasman, with both Qantas and Air New Zealand laying on some extra services. But it has been a one-way street. New Zealand hasn’t returned the favor, still requiring arrivals from Australia to go into quarantine there.

Pending all going well, New Zealand’s Prime Minister, Jacinda Ardern, has promised to make the travel bubble two-way by the end of March. While not putting down a firm start date, PM Ardern hasn’t canceled the proposed deal either.

Following the discovery of New Zealand’s first internal COVID-19 transmission in over two months last week, Australia slapped down a 72-hour suspension of the existing one-way travel bubble while they assessed the situation. That’s raised the ire of Prime Minister Ardern.

Speaking at a press conference in Wellington on Wednesday, Ms Ardern poured cold water on any hopes most people had of traveling to New Zealand in 2021.

“Given the risks in the world around us and the uncertainty of the global rollout of a vaccine, we can expect our borders to be impacted for much of this year.

“We will continue to pursue travel bubbles with Australia and the Pacific. But the rest of the world simply poses to greater risk to our health and our risk at this stage.”

“I certainly expressed disappointment that that decision had been made,” Ms Ardern said.

When asked about the status of the proposed two-way travel bubble between New Zealand and Australia, Prime Minister Ardern gave a mixed message.

“We are continuing to pursue it,” the PM said yesterday. But Ms Ardern said Australia needed to get its internal border issues in order and put a stop to knee jerk reactions to minor events for any two-way travel bubble to work. Citing the COVID-19 case in New Zealand last week, Ms Ardern said;

“If we’re going to run a trans-Tasman arrangement we need to be able to manage situations like this.”

Given several Australian states are busy opening and closing their internal borders and quarantine rules over very small outbreaks, Ms Ardern flagged bypassing a country-to-country arrangement and looking at a two-way travel bubble between New Zealand and certain Australian states. How practical that proposal remains unanswered.

Meanwhile, the Australian Government announced on Thursday the one-way travel bubble from New Zealand would stay closed for a further three days.

What do you think? What’s the likelihood of the two-way travel bubble between Australia and New Zealand panning out as planned? Post a comment and let us know.

MPs Unhappy As British Airways Pushes On With Job Consultations

Which Airlines Have Flown The A380 To The United States?

Bankruptcy Not On The Cards For American Airlines