In DC's Future State, Nightwing is tired of the Magistrate's regime in Gotham - and decides it's time to go war, leading the charge. 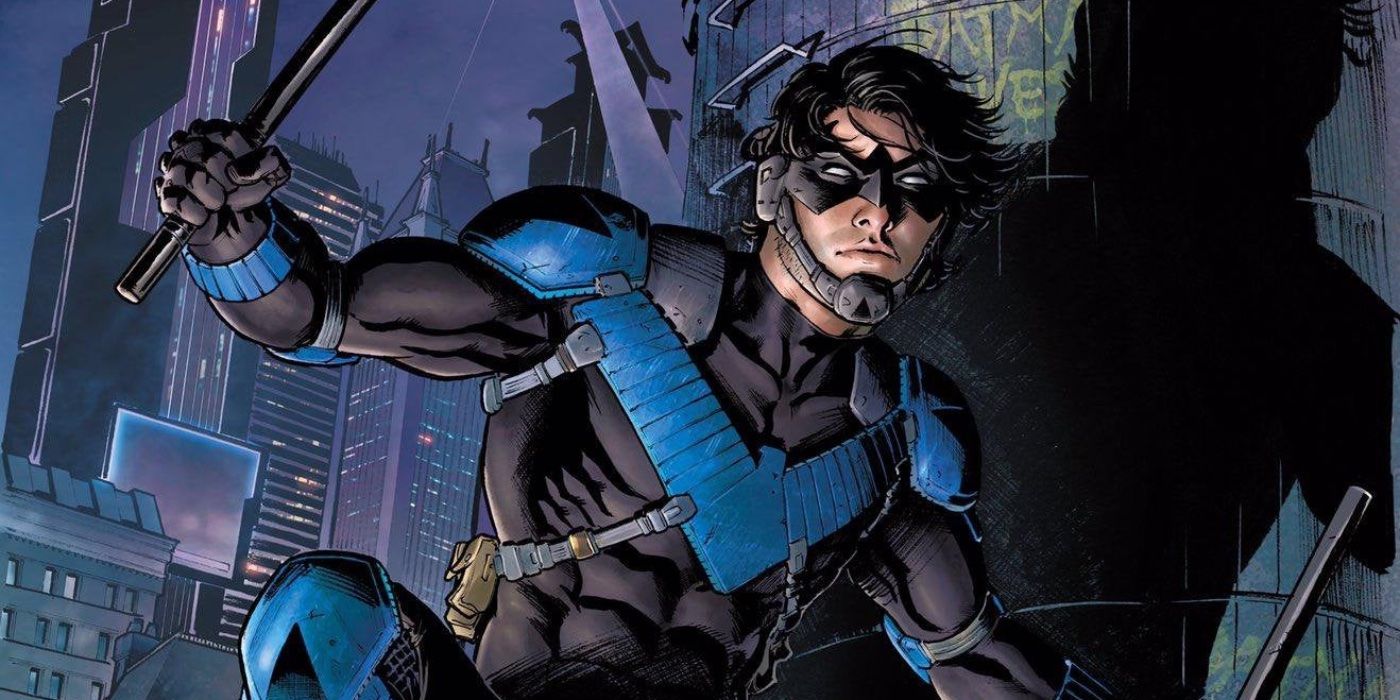 Warning! Spoilers ahead for Future State: Nightwing #1 from Andrew Constant and Nicola Scott

DC's Future State has come for Dick Grayson, and it seems as though the dark days ahead for Gotham City will in turn make just as grim. The fall of Gotham and believed murder of Batman will drive Dick to become much more serious and vengeful as a vigilante, so much so that he's determined to take the Magistrate regime down once and for all in Future State: Nightwing #1, seeing the former Boy Wonder leading the remaining heroes in Gotham as a resistance movement preparing for all-out war.

Nearly all of the Future State titles set in Gotham take place around the same time, where the Magistrate has taken over the city and turned it into a police state. Vigilantes and masks have become outlawed, and the organization's "peacekeepers" have shoot on sight orders. This included Batman, who naturally became public enemy number one. Eventually, the Dark Knight was supposedly shot and killed as a result (though he secretly survived to become the Dark Detective). Despite a new Batman having come on to the scene to carry on Batman's mantle, Nightwing is the one who has rallied the vigilantes who remain.

Related: Which DC Character Would Be The Best Leader of the Avengers?

Based out of Arkham Asylum, Nightwing is seen coordinating the efforts of Gotham's resistance force, including the likes of Batgirl, Batwoman, The Arkham Knights, and more. However, Nightwing doesn't recognize Tim Fox as the Next Batman. In his mind, there was only ever one. Likewise, when Fox comes to Nightwing for help, Grayson reveals that he has his own problems, especially considering that he just let himself be tracked by the Magistrate's agents, leading them right to his location in Arkham.

It seems evident that Nightwing has become very bitter and angry in the wake of Batman's death, so much so that he's ready to risk it all and go to war with the Magistrate on a grander scale than he's ever done before by the end of this first issue. The events happening in this series also help explain Grayson's eventual transformation in Future State: Teen Titans, which is set later down the timeline. In that series, he's left the war in Gotham behind to join the surviving Titans after a massive incident lead to several deaths. As time goes on, Nightwing even becomes so dark that he chooses to become a new Deathstroke, and it looks as though it all started here with Grayson's declaration of war against the Magistrate.

It's no doubt very striking for Nightwing fans to see this darker version of Dick Grayson in DC's Future State. Nightwing has always been characterized as a hero who's always chosen to operate in the light in spite of all the darkness surrounding him. It's what made him such a great compliment to Batman, who refused to let go of his pain and inner darkness. However, it seems as though Nightwing is beginning to embrace his own inner darkness just like his mentor while leading Gotham's resistance movement.

More: Nightwing Is Becoming The Anakin Skywalker of Future State

Married At First Sight: Why Fans Think Clara Was a Bridezilla

Marvel's Avengers Hold The Secret To Beating The X-Men