Nioh 2 Darkness In The Capital DLC Releases In October 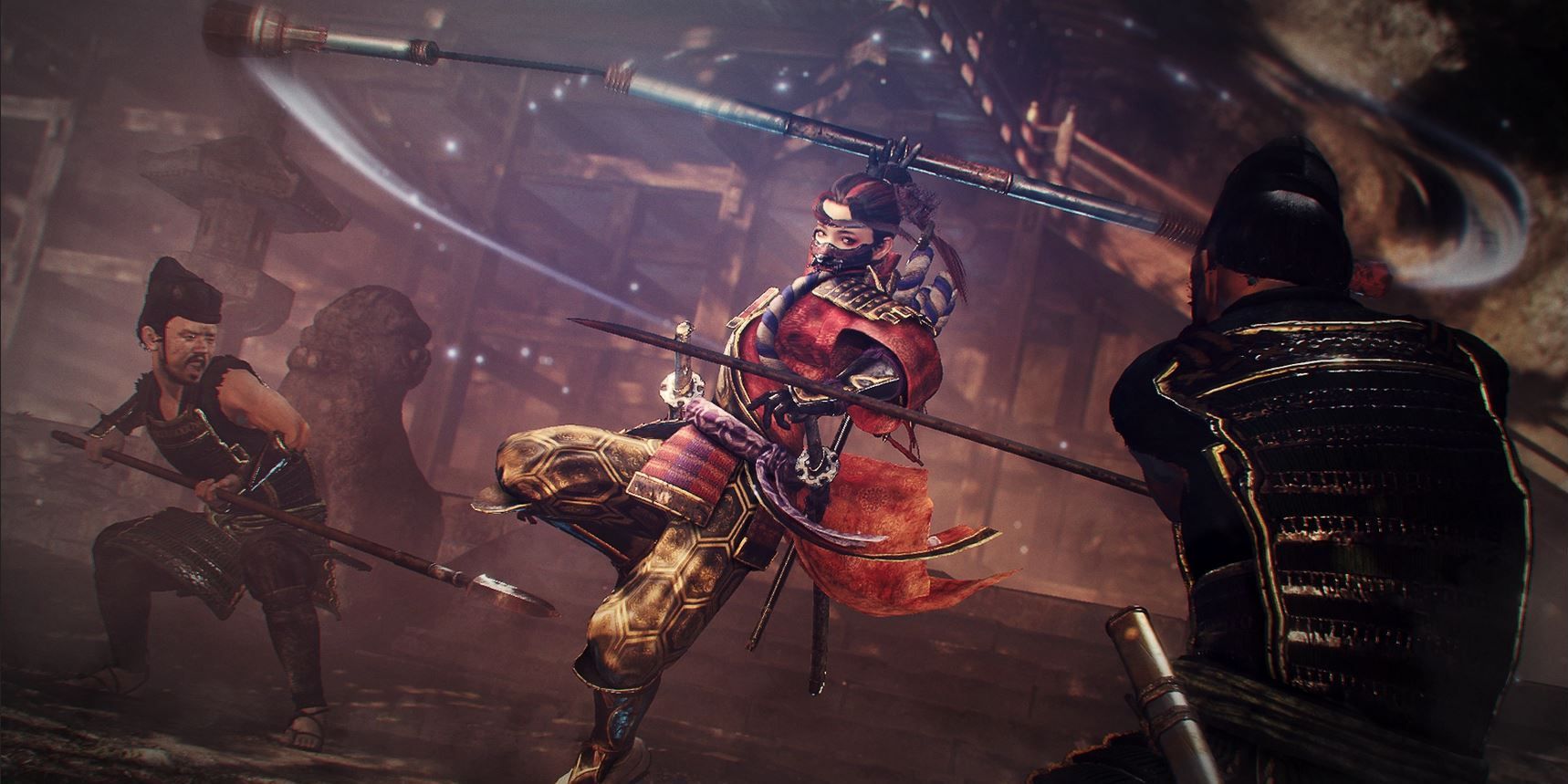 Nioh 2’s second DLC, Darkness in the Capital, is releasing in October, promising to bring even more exciting new content to a game already overflowing with replay value. The first game in the series, 2017’s Nioh, was a breath of fresh air to fans of the Soulslike genre, blending the stylistic action that developer Team Ninja is known for with in-depth combat mechanics and a unique Japanese aesthetic. Nioh 2 improved on virtually every aspect of the first game, and the release of the first DLC, The Tengu’s Disciple, demonstrated that Team Ninja still has compelling stories to tell and even tougher challenges in store.

Like the first game, Nioh 2 will receive three DLC expansions in total. The first saw the game’s protagonist transported back in time to meet Minamoto no Yoshitsune, the previous wielder of the legendary Sohayamaru sword that the player acquires at the end of the game. This DLC gave players access to new armor sets, a new weapon, and a new area to explore, much like Nioh’s first DLC. Should Nioh 2 follow the same formula, fans can expect two more DLCs, with the third concluding the storyline started in The Tengu’s Disciple and adding some iteration of The Abyss, a 999-floor challenge arena for only the most skilled players.

Related: Best Odachi Builds In Nioh 2 (& How To Use Them)

According to the PlayStation Blog, the second DLC, Darkness in the Capital, picks up where The Tengu’s Disciple left off. In addition to the continued storyline and a higher difficulty, this DLC will include “new storylines, overwhelmingly powerful new bosses, tricky new Yokai, new Guardian Spirits, skills, Ninjutsu, Onmyo Magic, and Soul Cores.” It also promises new armor sets and a weapon geared toward hand-to-hand combat. This is also in line with the first Nioh’s second DLC, although Nioh 2’s more in-depth combat, weaponry, and storyline mean that Darkness in the Capital has even more avenues to explore when it comes to delivering extra content.

As far as story, this DLC will see the protagonist traveling to Kyoto City, where they will once again travel back in time to meet other legendary heroes with an affinity for demon slaying. Together, they will continue unraveling the mystery of the Sohayamaru and attempt to find answers about the protagonist’s enigmatic origins - and slay a healthy number of demons along the way, of course. While it’s impossible to know what exactly Team Ninja is planning in terms of specific items added to the game, one thing that’s certain is that Darkness in the Capital will introduce “ethereal” gear to the game, which will be one level of rarity higher than has appeared in the game thus far. This means that players will be able to craft entirely new armor sets and weaponry, which they will most likely need to take down bosses on the newest difficulty.

In light of the enduring popularity of the samurai genre - which has only been further exemplified through fantastic titles such as Sekiro: Shadows Die Twice and Ghost of Tsushima - the Nioh series is a consistent reminder that the developers at Team Ninja are still masters of their craft. With the release of Darkness in the Capital, Nioh 2 fans will have even more reason to dive back into the world of Sengoku-era Japan and test their mettle against Team Ninja’s latest round of challenges.

Next: Nioh 2’s First DLC & Update Add a Wealth of Content To The Game

Juggernaut's New Sidekick is The One Person Who Can Stop Him